8th May 2020 by Peter Fischer Brown Leave a Comment 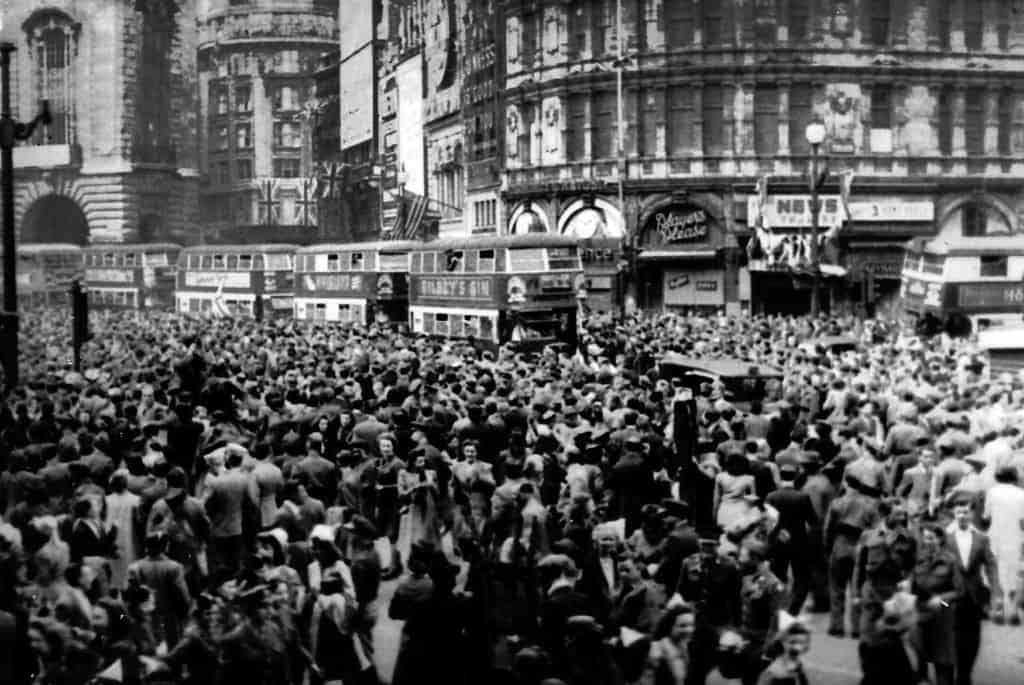 So it came upon us. The great nationalist-populist festival that was to be VE Day 75 years on has largely been overshadowed by another continuing and challenging war, the war with covid-19.

In a previous article, before it became clear that there would be no bunting or banners or street parties, I argued that it was important to commemorate the 75th anniversary of the defeat of Fascism, which has risen strongly in Europe again, rather than to celebrate in some kind of jingoistic, nationalist festival.

Those arguments are rather passé now, but we find commentators trying to make comparison between the Second World War and the current pandemic, with invocations of the Dunkirk spirit, the Blitz spirit and various other rather nonsensical and historically inappropriate analogies. It doesn’t help that the country’s leader shares many people’s obsession with Churchill the war leader and the desire to hark back to those unrivalled, “golden generation” days of 1940-45.

Berlin has invited its residents to take a virtual tour of its city, indicating where the physical scars of the war can be observed (just about everywhere it turns out) and reminding the citizens of the level of destruction visited on the city. Not to invoke pity, but to remind its citizens of the horror of war and the scale of destruction the Fascists brought down on their own people….never again, is the call to arms.

The Netherlands has just celebrated, like every year, its liberation (by Canadians) from the long suffering of occupation and particularly the hunger winter of 1945, which brought many Dutch to the brink, and beyond. A sombre commemoration and a thanksgiving.

And the British? Are there lessons from 8 May 1945 for the current British population in lockdown? To remember the value of self-sacrifice perhaps, and of “making do without”? As the island Britain turns in on itself post-Brexit, to remember the value of allies and international coalitions (Britain did not defeat Germany, the Allies defeated the Axis, through greater combined material superiority and better strategy)?

To recall that a country that treats all of its citizens with respect and where the state exists for the people will ultimately be a stronger country than one which has little respect for its people and people are subject to the state? Perhaps a lesson as basic as that when it comes to a “warlike” situation, the military is often better equipped to deal with supply chain, logistics and planning than peacetime civilian authorities?

Draw whatever lessons you wish, and apply them how you wish to our current covid-19 war. But remember perhaps that the second world war was not won through greater British hearts and pluck and patience as much as through better materials, planning and the use of science.

A government that fails to equip its “frontline” troops with the right equipment, dares to suggest those same troops are wasteful in the use of equipment and then exhorts us to pluck and patience all the same, is worthy of criticism and scrutiny.

As a German, I didn’t celebrate anything on 8 May, but I certainly commemorated the courage, commitment and discipline of the Allies. And I am grateful that Germany, like Britain, is now an open and critical democracy where our leaders are held to account.