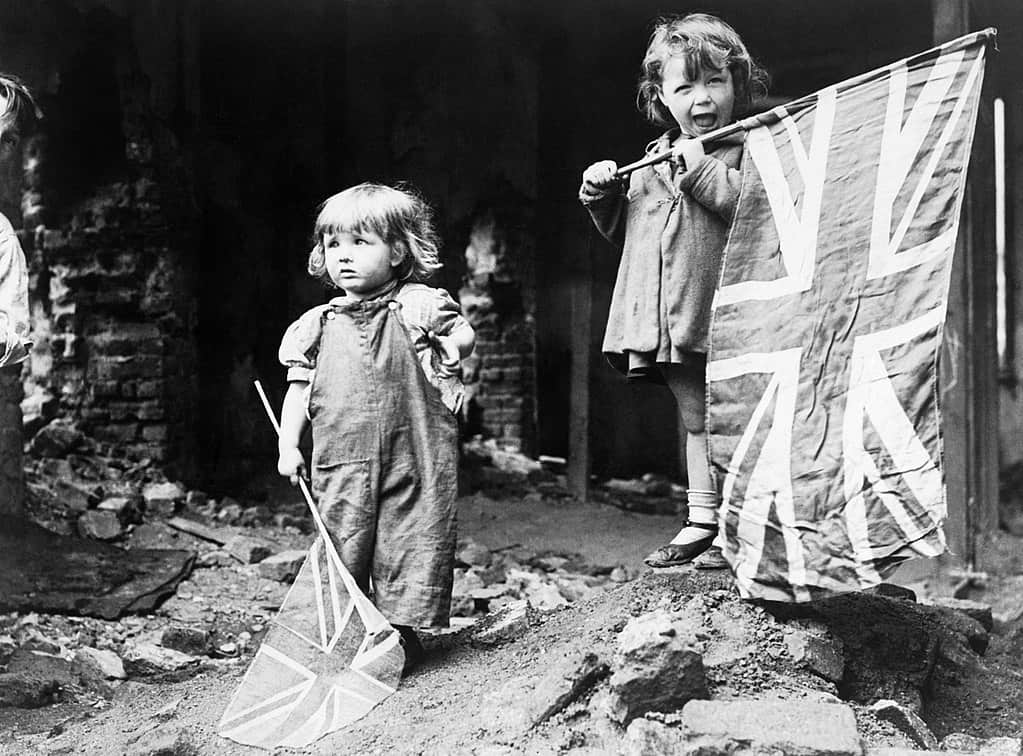 Coronavirus looks set to interrupt most plans in the UK this spring, including one of the most unusual, the national festival holiday that was expected in celebration of the 75th anniversary of VE Day.

Most calendar and diary manufacturers had already been caught out, and many would-be May Bank holiday weekend travelers too, who had booked trips assuming that May Bank holiday would be on the usual first Monday in May, May 4. Instead the nationalist-populist government before this one,
the one of Theresa May, had decided that this holiday would be switched, uniquely, for a Friday, 8 May, so we could all celebrate Britain’s victory over Germany 75 years ago.

Coronavirus will almost certainly cause us to put away our Union Jacks and bunting, but before we decide what to do on 8 May and perhaps cancel the national(ist) celebrations altogether, let us pause and reflect on the purpose of the 75th anniversary celebrations coming up.

I am a fan of round numbers, I like to celebrate 70th or 80th or indeed 100 years since a major event, 75 however marks three quarters of a century, which seems to some an appropriate time to remember and celebrate. One might also reflect that a 75th anniversary celebration of VE Day is
somewhat analogous to a Prime Minister in 1890 declaring that the nation should celebrate the Battle of Waterloo and the end of Napoleon’s ambitions in 1815 with a holiday (that is, someone in Victoria’s late reign celebrating a great victory in the reign of her grandfather George III).

But that would be a cynical comment: defeating Napoleon, a modernist revolutionary who gave much of Europe the Code Civil, and had many admirers in radical Britain, should not be compared to defeating Hitler, who gave us the holocaust, repression and the horrors of the campaign in the East.

And Hitler casts a much longer shadow to this day. It should also be noted that VE Day, as either 8 May or 9 May, has long been commemorated across Europe with a national holiday, from France all the way to the furthest parts of the former Soviet Union. It is a momentous day.

As a German, 8 May 1945 is a hugely significant day to remember the holocaust, the destruction of so much of Europe, the horrors of occupation, genocide and barbarous National Socialism. Stunde Null as it is known in Germany (Zero Hour) marked an end, and a liberation from barbarity; but also the beginning, the beginning of a long journey towards acceptability and respectability of the German nation after Hitler, the long and often difficult journey towards one of the most advanced, progressive and liberal nations in the world.

I have no doubt Federal President Steinmeier will speak on 8 May to remind Germans of their historic responsibility.

As a Liberal living in one of the most cosmopolitan, liberal cities in the world, I hope VE Day will be remembered for the courage and self-sacrifice of the combatants, the defeat of Fascism in Germany and Italy at least (it continued to flourish in other countries such as Spain and Portugal, with the West’s connivance), the beginning of a new and prosperous chapter for Western Europe (though it also marked Communist oppression for many people in Eastern Europe).

I hope that any commemoration in London or elsewhere in the UK will be sombre, sober and reflective of all that the end of the Second World War meant. Above all let us remember those who gave their lives to defeat
Hitler and Mussolini.

Sadly, I am probably kidding myself. The 75th anniversary celebrations were designed by a nationalist-populist administration so that the British people could celebrate a great, globally significant military victory, the last in living memory, perhaps the last full stop. They amalgamate the rightfully proud memory of 1940 (another celebration coming up later this year) – when Churchill opposed certain voices in the UK and Empire to continue to fight Hitler and when Britain resisted, successfully and alone – with the final victory over Germany in 1945.

Which is a very odd amalgamation indeed. By all means we should celebrate the Battle of Britain and the months that followed, when Britain did resist alone, and heroically, in 1940 and 1941. But the victory over Hitler
was only in part Britain’s, it was largely down to the intervention of the USA with their vast material and manpower resources, and first and foremost due to the sacrifice of about 25 million Soviet citizens who perished in the long, terrible Great Patriotic War which saw Hitler’s forces pushed back from Stalingrad all the way to Berlin.

I hope that the British people who do in some way commemorate VE Day, Coronavirus notwithstanding, will therefore do so soberly and will remember all who perished, the half a million or so US Americans, the million or so British, the 6 million Jews and the 25 million Soviets. It really
isn’t a day for jingoism, British imperial pride, flag waving and bunting.

And no, folks, VE Day celebrations really shouldn’t have anything to do with Brexit and a new sovereign victory over the European imperialists – even if the last government called for a national holiday on 8 May so we
could all feel great about defeating the Germans, then and now.

Strangely, the whole thing will probably be a non-event. Most people will have a day off, because they always do in early May. Coronavirus will mean few will travel who would normally have travelled in early May. Somehow a non-event is the saddest outcome of all.

Fortunately, we have a national British cultural festival to look forward to in 2022, which will celebrate our great Union. And which won’t be nationalistic or jingoistic at all.