There is a vital role for the Conservative Party, if only it can solve the Brexit Crisis

Writing about the future of the Conservative Party on the eve this year’s conference feels like the proverbial challenge of pinning jelly to a wall. That’s hard enough when the wall is fixed and steady, but in our current political and constitutional crisis everything feels shaky.

Plus, the party in its Johnson incarnation seems intent on remaking the mould itself – no longer the scion of the establishment and its institutions but instead an unapologetic champion of the grassroots determined to take on the vested interests lined up against their referendum mandate.

That’s the story for now and, given the circumstances, it may just prove sufficiently compelling to carry the party through all the possible outcomes for October 31 and a general election expected before Christmas.  But, what next?

Splits exposed by Brexit suggest that the party is so riven, and its political capital so expended, that it faces an existential crisis. The impression that this is the case has been bolstered both by the seepage of Remain supporting MPs to the Change UK (now defunct) and the Liberal Democrats, and by the dramatic removal of the whip to 21 heavy weights.

When John Major removed the whip from eight of his ‘bastards’, he was disciplining Euro-sceptics not enthusiasts. But in the years since the 1990s, the party’s centre of gravity has shifted so that the clear majority of the members and MPs are sceptical about the European project and prepared to deliver Brexit.

That the latest splintering of the parliamentary party has been off to the left is no surprise and doesn’t in itself indicate an imminent collapse down the centre into two or more new parties. However bitter the arguments about Brexit there is, for most Conservatives, more that binds them than not and, just as with the Labour Party, the longevity of the institution itself also creates its own momentum – no pun intended.

That the Conservative Party isn’t facing imminent implosion, though, is very far from saying that its problems are anything but severe. The energy being poured into delivering the 2016 referendum result long ago pressed pause on the Cameron re-boot and the Tory brand is now as toxic as it was when he began the modernisation project.

Even though most Tories are bound together by shared values, why should anyone not solely invested in Brexit lend their vote to the party responsible for initiating the chaos of the last three years? The obvious, pressing reason is that even if the Conservatives appear incompetent, rancorous and uncaring, at least they are not Corbyn’s Labour.

This simple fact will galvanise the faithful during an election campaign but it’s hardly a positive agenda, particularly for younger voters whose priorities don’t obviously chime with the language and practice of the conventional parties.

On the fringes of next week’s Conservative conference, there is evidence that thoughtful Tories understand the hole their party is in. Elsewhere such efforts to think ‘outside the box’ have been nurtured through George Freeman’s Big Tent initiative – which this site supports. However, for nuanced rethinks and well-intentioned policy debates to have any practical point the Party has to win elections. In the distance, beyond Brexit, there remains a vital role for a renewed Conservative Party – if it can get there.

With the collapse of New Labour, it is once again the only UK political party which can authentically advocate for the role of free markets, liberal trade policies and competition. Indeed, Conservatives have a particular responsibility to bear down on the corporate and financial malfeasance that makes capitalism a dirty word only 30 years after the fall of the Berlin Wall.

Their failure to do so effectively in recent years has made the Corbyn project more viable. By extension, the party must develop ways to apply these principles to the issues that most motivate voters, otherwise the left, in all its manifestations, can continue claim that Conservatives have no answers on the environment and public services.

There are profound reasons then why the Conservative Party must face-off any talk of existential crisis. But to get to the point where it can regain the political initiative – and dare I say the trust of the public – it has both to get past Brexit itself and beyond the narrow electoral agenda dictated by it.

We are seeing that the Tories will pursue a Brexit Party-facing election campaign stressing higher public spending, law and order, immigration controls and strong borders. It’s a traditional mix in the hope of shoring up support but it’s a very long way from the free trading, outward facing, liberalising agenda that needs to be promoted and which holds a route to a more fundamental renewal in the longer term. 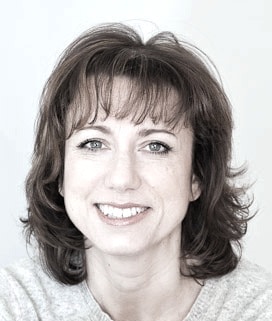