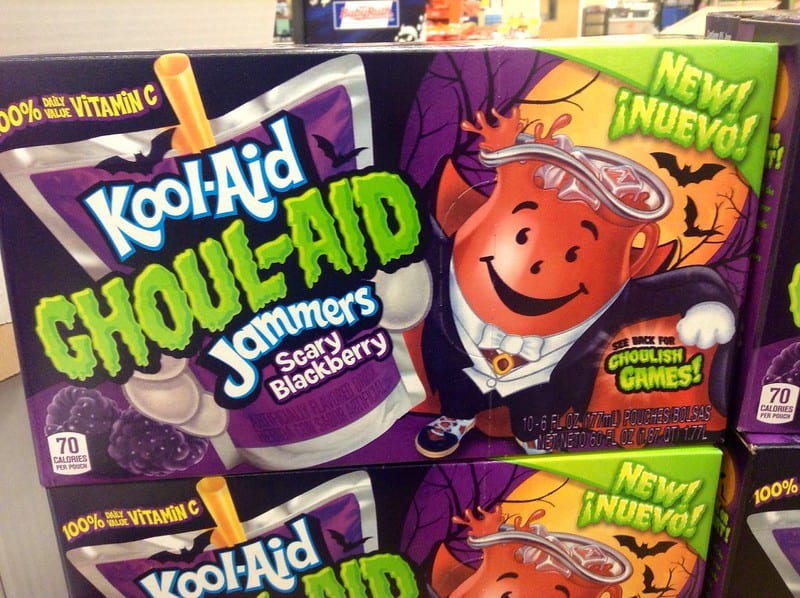 There is a myth that had grown around mass suicides. We use the phrase ‘drinking the kool-aid’ as a shorthand for a group of people voluntarily swallowing a superficially palatable ideology that proves to be fatal. The inaccuracy of this formulation was brought home by the super cheery Christmas broadcast from Storyville – ‘Jonestown: Terror in the Jungle’.

Sandwiched between the general election post-mortem and the start of the Labour leadership race, some useful parallels can be gleaned. The most significant might be that the unrecompensed and exhausting work of an election campaign, a comfy sofa, grim weather and a depleted snack selection make for strange viewing choices.

Beyond this, there are lessons in how leaders speak to us. Jonestown was about politics.

The unadulterated facts of the Jonestown Massacre are so well known as to have become a cultural trope. In 1978, over nine hundred people died in an act of ‘Revolutionary Suicide’ at the behest of Reverend Jim Jones. A Congressional delegation visited their Guyanese compound and found that people were being held against their will.

To Jones, it was a choice between seeing the death of his dream or the people to whom he sold that dream. The existential threat to his power necessitated the end of existence. Posterity would learn, by means of the reel to reel tape of his followers’ death throes, of his power. To the bitter end, Jim Jones was still campaigning to be their saviour.

Personality-driven movements require a person; preferably with a personality. That personality may appeal to the most devoted followers but the branding is what sells it to the masses. In the words of the musical Gypsy, you gotta get a gimmick.

Donald Trump is giving us a masterclass in realtime and British politicians at the extremes took notice. Where Jim Jones had his aviator sunglasses (to mask his drug-induced pinprick pupils and bloodshot rims), Trump is easily identified by his too long, red tie and ridiculous quiff. The tie is meant to mask his prodigious gut and serve as a sartorial phallus.

It must have been quite the conversation in Labour HQ when one of the 4Ms floated the idea that Corbyn’s march to power could begin with ditching the donkey jacket and donning the symbol of The Donald. The scruffy allotment aesthete always looked as if it was his handlers who won the argument- after trying to explain ‘big dick energy’ ad nauseum. Trump is telling his followers that he is a real man just like them. Corbyn’s red arrow just pointed to his poll numbers and scuffed shoes.

Boris Johnson turned his attention northward. His strategically mussed hair – accidentally caught at least once on camera pre-ruffling at the ministerial car door – lacks the lacquer of the Trump combover. The symbolism is in the reassuring, devil-may-care quality that tempers the posh boy package. His hair tells us that he and the country may look shambolic but both can be put right. The challenges of Brexit aren’t serious enough to warrant a comb. It’s optimistic hair.

A personality only gets you so far without the aura of popularity. The first followers have the whiff of the fanatic about them; the stridency of the extremists languishing on the backbenches or subsisting on the plaudits of a dark web audience. They cling to the Overton window ledge like vampires waiting for an invite to dinner. To lead, you need enough followers who won’t scare – or eat – the horses.

Charismatic leaders employ women as props and lures. All four – Jones, Trump, Corbyn and Johnson – make sure that they are visually associated with women in order to project their brand.

Jones recruited the aimless flower children coming down from a bad trip. Trump has the photogenic, mute Melania to project an aspirational image of pulling power to his Fox-addled followers. Corbyn was always staged to appear in public with a phalanx of racially diverse young women for no practical purpose other than as a generation woke pick n’ mix to divert attention from his dotage .

Johnson isn’t confirming his kid count or pushing back on Jennifer Arcuri, not to deprive those stories of oxygen, but because they lend him some phwoar. As a political honey-trap, adherents can either identify with these women or the men who attract them.

Images only get you so far in the recruitment and retention game. You need to give your followers a feeling of purpose and belonging. Catastrophism – to repurpose the geological theory – works a treat. Everything is terrible. Follow me!

Catastrophism works as a push and a pull. To be effective, it must carry the optimistic with the apocalyptic.

The People’s Temple members who followed Jim Jones into the jungle joined one of the first racially integrated churches. The message was one of equality and harmony and caught the mood of the Civil Rights movement. It was utopian at the moment when Nixon and his silent majority began to push back on the gains made. It appealed to young people weary of Vietnam and economic inequality with its pacifism and collectivism. Jonestown was meant to be a perfect society set apart from the spiritual rot at the heart of America.

In the inaugural speech that George W. Bush described with the words ‘that was some weird shit’, Trump laid out a vision of American carnage – stagnation, empty factories rotting, crime and misery abetted by political swamp-dwellers. That was the shot. The chaser was that he could fix it.

Corbyn’s messaging portrayed a Britain where people were literally dying. They were either being killed by Universal Credit or doorways. The only way to save the country, in the view of Corbyn’s Labour, was to hand everything over to his control. We could build a fairer society for the many, against the few.

Johnson and his Eurosceptics (playing from January 31 at a venue near you!) peddled a narrative of a villainous, grasping external force that mocked and undermined our obvious superiority as a nation. Farage had softened the ground with his rhetoric of hordes and invasion by people who ‘aren’t like us’. Who doesn’t want to control their own destiny? Who doesn’t want to take?

All of these narratives contain an icy shard of fear aimed at the supporters open to their messages and all offer simple solutions that could, on their face, improve the lot of their audience. The opposition is evil and everything is permissible to stop them. Hope in the face of such foes is as simple as a commune, a re-brand, redistribution or leaving. Nobody needs to worry about the details.

Here is where it gets messy. In every case, there is an enemy within and without. Some people just aren’t buying.

Jonestown met its end when the people lost faith in its promise and recognised that they were prisoners who had a way out. They turned against the leader and the leader turned against them. The Corbynism project could only be held together as long as the echo chamber remained sealed. Once opened, the wider electorate saw the antisemitism, the bullying, the pessimism, and the impossible promises spill out. The same electorate is still being told by the architects of defeat that they were wrong.

Trump is facing impeachment and can only be saved from ignominy if his media lackeys stay loyal and the GOP senators sitting in judgement don’t see their polls slip. Such leaders always need to check which side of the tent is getting wet.

Brexit is being betrayed by doomsters, gloomsters and economically literate people, trade experts and the imposition of judicial review. Failure will be the fault of people who didn’t believe hard enough and seek to thwart the ‘will of the people’.

The blame is oven-ready precisely because of the unassailable Conservative majority and the Fixed Term. It should terrify us that our quality most admired abroad is the probity that has been abandoned in the rush for the exit. The freshly baked blame will be shared out amongst the very institutions which made us Great – the union, the courts, the press and academia.

Johnson and the Brexiteers will become very dangerous in the event of a sharp economic downturn precisely because they will deliver what they sold. Those northern seats are on the tick and well placed for rebellion. Other brands will be available.

You may have noticed a missed alliterative opportunity. Cult and Kool-aid. The revival of the centre, whether it comes in the form of a party or a coalition of rebel MPs, must bare in mind that nobody appreciates being called a sucker. We cannot counter narratives born of devotion by yelling ‘we told you so’. As tempting as it will be to beat them over the head with objective facts for the next five years, it won’t get us anywhere. We need to offer them something better.

Bringing the country back to the centre requires temperate language. It requires persuasion over castigation. The greatest myth of Jonestown was that, when offered the kool-aid, they drank it willingly. 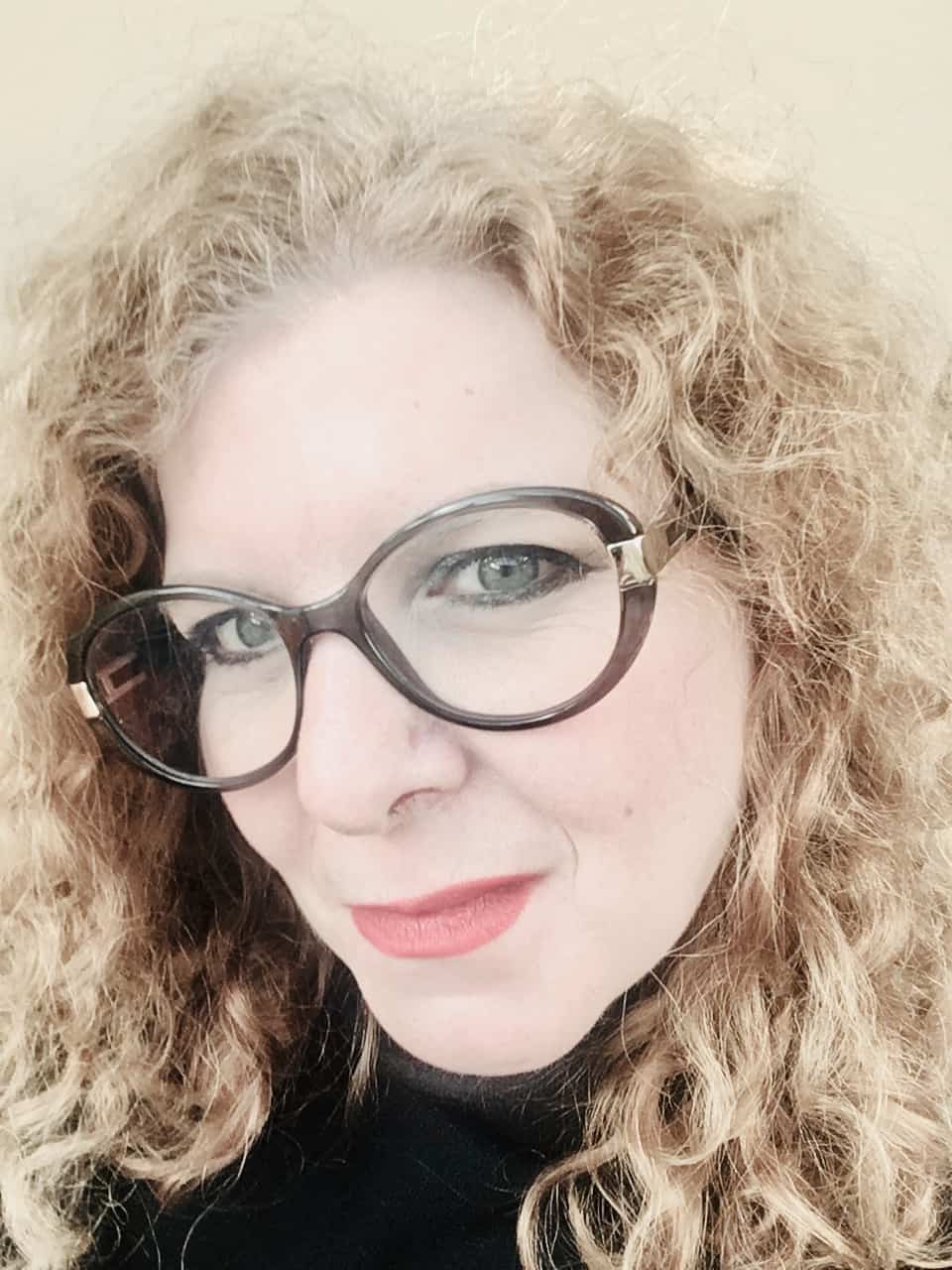