To get stability again, we will have to be more radical 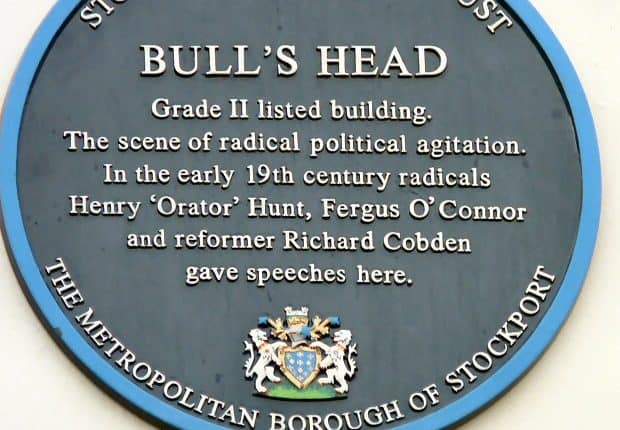 Stability or change? This seems to be the question on everyone’s mind. And it has come to the fore in the wake of the results of the recent – well, not so recent any more – German election.

One interpretation is that the voters voted for change. The mainstream parties that offered more of the same saw a drop in their share of the vote, while those offering a different vision saw a rise. What happens next depends on the answer to two factors: how the vote has translated into parliamentary arithmetic, and what the parties decide to do with that arithmetic.

Change in the form of a ‘Jamaica coalition’ came to nothing. Now the discussion has shifted to giving voters more of the same – another CDU/CSU/SPD grand coalition. The youth wing of the SPD has set itself against a grand coalition – and may yet win the day. The leadership, on the other hand, has flip-flopped.

Having ruled out a grand coalition before the election, they are now pushing for it ‘for the sake of stability’. It is not clear whether the more-of-the-same option will anger the voting public who voted for change and lead to even greater losses for the mainstream parties at the next election.

This dilemma highlights a central problem with European politics – and with mainstream parties in general. The perception that stability and change work in direct opposition. This is false.

Our mission at Radix is to fire up the emergence of a radical centre. What does that mean?

Many associate the word ‘radical’ with trying to turn things upside down in some sort of anarchic chaos. That is not the case. Rather it is to live up to the derivation of ‘radical’ from the Latin ‘radix’ or root.

To go to the very root of the issues of the day and challenge what has become the accepted wisdom that cannot be questioned. To be radical is to challenge lazy thinking. To be able to come up with new approaches to new issues. To innovate, to challenge the status quo, to promote new thinking. There is no opposition between radical change and stability. Change can be achieved by changing the rules of the game. The game goes on, but the behaviour of the players involved will change to play by the new rules. Only the timid and unimaginative associate any kind of change with chaos.

There is one thing that the draft agreement between the CDU/CSU/SPD is not – radical. Timid and unimaginative would better fit the bill. In that regard, it is not surprising that the youth is calling for change while the stagnant old guard keeps defending the status quo – that which brought them to power and with which they are comfortable. Shorn of ideas and imagination, the old guard cannot start to conceive of a process of radical change that does not threaten the stability and the prosperity of their citizens. There is a difference between stability and stagnation.

And herein lies the paradox. In resisting the change that the voters have seemingly called for, the stagnant minds of the old guard will threaten the very stability that they crave. If a new grand coalition ends up firing yet more anger and frustration among the voters, rebellion is inevitable. Then we will surely sacrifice stability for chaos.

Maybe not today. Or tomorrow. But soon enough.