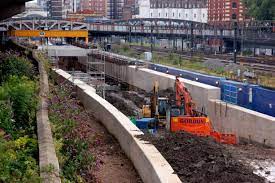 Government plans for billions of pounds of infrastructure investment intended to boost the UK economy post-Covid are being jeopardised by a ‘Tickbox culture’ in procurement and management, according to a new report by produced by us in partnership with leading engineering project management consultancy, Gleeds.

Tickbox Infrastructure by Radix Policy Director, David Boyle (author of Tickbox), and Lesley Yarranton argues that plans to deliver new hospitals, housing and transport links set out in the recent budget, all face delays, cost overruns and safety issues, without a major shift from reliance on bureaucracy to human judgment to keep projects on track.

Boyle argues that “a focus on form filling, targets and KPIs in corporate governance tends to render processes slower, more costly and dehumanised, creating a shadowland where things are not as they seem or as they are measured.  This in turn can lead to disasters and injustices such as the Grenfell Tower fire,” he says.

The report draws extensively on interviews with senior Gleeds staff, leading academics, politicians and engineers.  Its findings include:

Boyle recognises that Tickbox’s purpose is primarily to avoid corruption and cosy relationships which raise prices, but expresses concern that it also introduces a number of new abuses which are potentially just as expensive.

The Report takes the Prime Minister’s invitation in the introduction to the recent planning white paper to “tear down [the planning process] and start again” as a basis for recommendations including:

Commenting on the paper, Chair of Gleeds, Richard Steer, says:

“Gleeds is pleased to support Radix in its production of this comprehensive paper. As the UK Government seeks to kickstart the economy through significant infrastructure investment, now is the time to rethink and reform a ‘tickbox’ culture which hampers progress and places little value on the expertise and experience of the human beings tasked with delivering complex schemes. If adopted, the solutions outlined within offer a glimpse into how such projects could indeed allow the country to build back better, greener, and faster.”