Europe’s (in)ability to be flexible will determine its future 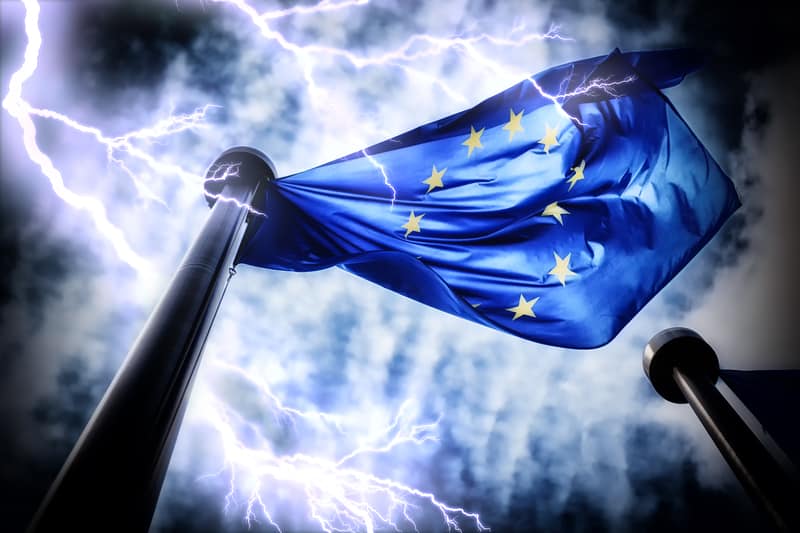 This article was first published by Friends of Europe

Decades ago, Berthold Brecht satirically suggested that governments should dissolve the people and elect an alternative.

That must be the sentiment seeping through the European Establishment in Brussels following the Brexit referendum vote, the rise of La Lega and Movimento Cinque Stelle in Italy, the continued local support for the anti-EU government in Poland, the entry of nationalist forces into the government of Austria and the fact that Alternative für Deutschland is now the official opposition in Germany.

The various political forces that have arisen across Europe to challenge the Establishment’s view represent a rag bag of political ideologies. Yet, there are a few elements that unite them – a strong Eurosceptic streak, an opposition to uncontrolled immigration and unlimited freedom of movement, and a belief in the supremacy of the Nation State instead of supra-national structures as the locus of democratic legitimacy.

But are there solutions for a Europe that tries to push for collaboration and integration in the face of a nationalist backlash, while facing impossible financial expectations at a time of shrinking budgets? Yes, there are. But they are rooted in determining the future direction of the whole EU project. And they will face fierce resistance from many.

In a recent article, Jens Spahn, Germany’s Federal Health Minister put it like this: “The dream held by some leaders on the Continent of melting nation states into a “United States of Europe” is simply not supported by a majority of citizens and governments. Any attempt to impose a utopian vision will only further divide ‒ rather than unite ‒ the European Union.”

This gets to the core issue – the competing visions of the future of the EU: an integrated super-state or a confederation of sovereign nation states. Unpalatable though it may be for arch integrationists, the future of Europe, at least for the next decade or two, must lie in the confederation model, not the super-state model. As it is becoming clearer and clearer with every passing election, for many European citizens, the super-state model represents a dystopian rather than a utopian vision.

The first step towards this goal should be a move towards what technocrats hate most ‒ flexibility. Europe must evolve from the current, rigid prix fixe menu to more of an à la carte menu where it is easier for nation states to opt in or out of EU initiatives. This approach has long been considered heretical in Brussels circles. But it is now an imperative if rigidity is not to bring the whole edifice down. That is why French President Macron is calling for a variable speed Europe.

Flexibility has both practical and political benefits.

We all know that palm trees survive tropical hurricanes and typhoons because of their flexibility; their ability to bend with the wind. Europe has, today, no such flexibility. Rather it seems to believe that the solution to its own internal typhoons is to mount some kind of super-human effort to stop the wind from blowing. We all know how that ends.

We live in a fast-moving, rapidly changing world – politically and economically. Such a world requires a rapid adaptability that is simply impossible to achieve within the rigid EU structures of compromise between 28/27 disparate EU nations. A structure where getting agreement to anything at all is such a draining, drawn-out process that, once decisions are agreed, nobody has the stomach to re-open them even when the world around us has changed.

Rigidity kills the spirit of enterprise and experimentation. Central directives are imposed on a whole continent thereby killing the opportunity for different countries and different regions to try to do things differently; to embark on policy experiments that may succeed and provide alternatives we can all learn from.

Flexibility also brings political benefits. In making it clear that it is the choice of individual national governments whether they participate in EU initiatives or not, the rhetoric favoured by all national governments ‒ ‘It’s not us, it’s the EU that forces us to do this’ ‒ is undermined. Governments will have to explain to their own voters the choices they make – and they will very clearly be their choices, not initiatives pushed on them by a coercive Europe or by the governments of other nations that they did not elect.

Flexibility has another political benefit. It continues to position the EU as a mechanism for collaboration willingly given to achieve shared objectives rather than undergoing some kind of Kafkaesque transformation into a Union of coercion.

Many may find this view of a flexible EU unappetising at best, repulsive at worst. Yet the political success and continued support for leaders and parties with Eurosceptic platforms and, in some cases, authoritarian tendencies, are there for all to see. If they are to be reversed, then Europe must win back voters’ trust.