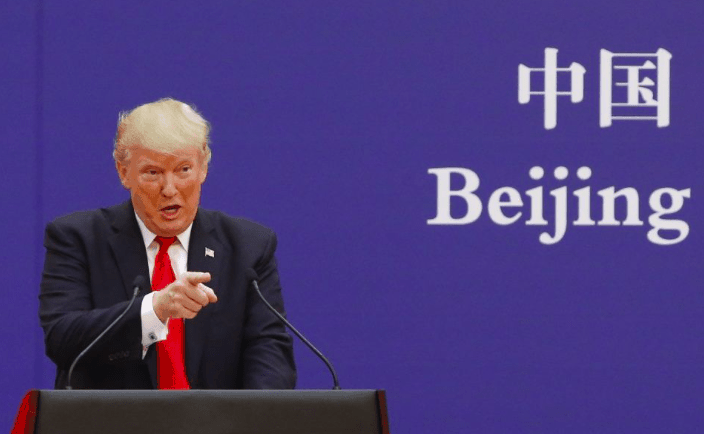 Towards the end of last year, my investment manager sent out a note predicting that the US-China trade spat would be resolved and that markets would rise as a result.

I responded by saying that it was unlikely to happen, and that I personally preferred an investment portfolio that was very underweight in companies whose future prospects were dependent on China – either for low-cost sourcing or manufacturing, or for future sales growth.

It is easy to mischaracterise the US-China trade dispute as a matter of economics. From that perspective, neither side has much to gain from a protracted and escalating trade dispute. So routes to resolution are bound to be found.

But the fundamental issues have little to do with the economics of trade. They need to be framed in terms of politics, of a battle for geopolitical supremacy.

And from that perspective, there is little to suggest that resolution is imminent, or even possible.

The WTO trading system was constructed at a time of western – and particularly US – geopolitical hegemony. It was therefore built on a foundation of open markets subject to limited state intervention.

China has chosen a different system of political economy. For China, there is no true separation between the state and private enterprise.

In return for support and protection, private enterprise is expected to act primarily in the national interest. The government is using all its resources, private and public, in a coordinated fashion, to achieve its domestic and global objectives.

Investment and lending are, to a significant degree, state directed. And, in a world where much trade is dependent on the flow of data and information, liberalisation of such flows is not exactly high on the Chinese agenda.

As a condition of joining the WTO in 2001, China was forced to liberalise many of its markets. It complied – a price worth paying to enter the global trading system and supercharge its economy.

That was then. China is now the world’s second largest economy, has projected its power far and wide, is militarily much more capable, and remains wedded to its system of political economy. While it submitted to coercion in 2001, it is unlikely to do so again today.

The dispute between Donald Trump and Xi Jinping is therefore not essentially about trade, about commercial or economic interests.

It is about two fundamentally different systems of political economy and whether they can work together within a model that was designed by – and for – one party while being largely incompatible with the other.

Through that lens, it is hard to imagine a quick or easy resolution that both parties would see as fair and equitable.

This is exacerbated when one takes a deeper look at US politics.

Picking a fight with China was an integral part of Trump’s “Make America Great Again” platform.

It was more electorally successful than he could possibly have imagined. China has come to be seen as the greatest threat to American supremacy across the whole US political spectrum.

There isn’t much that unites Democrats and Republicans in today’s America, but antipathy to China, its perceived “unfair” trade practices, and the potential security risks it poses to digital infrastructure all generate bipartisan agreement.

US companies have also changed their perspective. From warning against provoking a trade spat, they are now largely on board with wanting to hold China to account for forced technology transfer and asymmetric market access.

If there was one element pushing towards a quick US-China agreement, it was Trump’s desire to prove himself as master dealmaker. Markets reacted positively to the President’s remarks a few weeks back that he would do a great deal with China because he was such a great negotiator.

My view at the time was that the positive market reaction was foolish – more wishful thinking than thoughtful analysis. Trump has repeatedly failed to match rhetoric with results.

Now, the President will be even more wary of being seen to be soft on China, after many of his supporters turned against him with chants of “wimp” when he appeared to cave on the government shutdown without getting the funding for his wall.

For Trump, it may now be time to harden his stance on China – hence perhaps his announcement that there will be a summit with North Korea’s Kim Jong-Un, but none with Xi.

So despite my investment manager’s optimism in December, I wouldn’t be counting on a US-China resolution anytime soon.