(This article was published by The Economist) 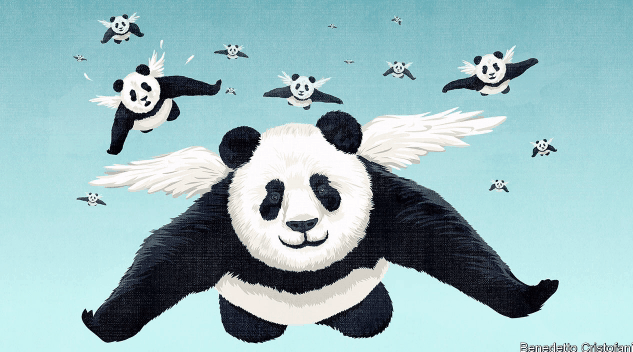 This letter is published in the March 16th edition of The Economist (web link, pdf)

What you present as a series of reforms of the Chinese economy would actually involve China abandoning its chosen system of political economy and adopting the Western model (“Can pandas fly?”, February 23rd). That is not going to happen. The rules of the World Trade Organisation were designed by the West. They assume the Western model of political economy and are simply incapable of handling the Chinese model. Even if China were to agree to abide by the letter of rules it has had no hand in crafting, the realities on the ground would remain quite different. That leaves the West with only three realistic choices. Close its eyes to persistent asymmetries in the interests of trumpeting trade deals with China and continue to trade, albeit at a constant disadvantage. Rewrite the WTO rule book to recognise the fact that it is not capable of accommodating China’s system of political economy. Or embark on a prolonged war of attrition in the belief that China’s system is unsustainable and that pandas cannot, in fact, fly.

These are the stark choices available. It is time we faced them and stopped pretending that piecemeal reforms and sticking-plaster solutions will lead to a lasting, harmonious accommodation.