What would a “hard” Brexit negotiation strategy look like? 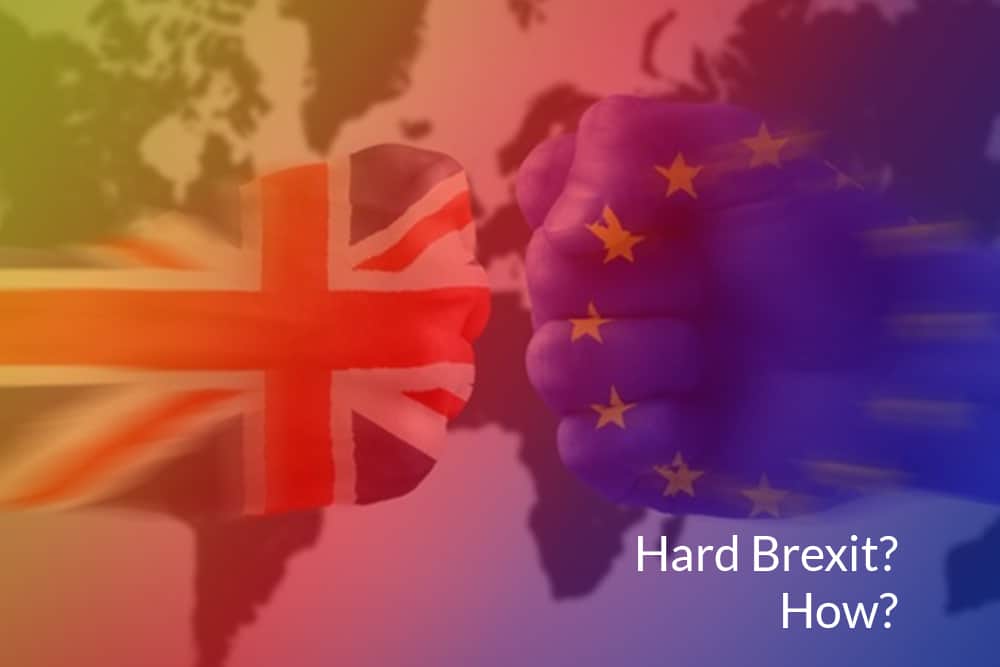 This report looks at what an ideal Brexit negotiating strategy for the UK might be and indeed, what a good outcome from the Article 50 negotiations might look like. Many of these thoughts may very well be already being discussed by the UK government – it is our sincere hope that this is the case.

We have identified three basic forms Brexit could take: soft, hard and ultra. Although the current UK government insists these are meaningless distinctions, they are not.

The soft option involves remaining in the single market and retaining freedom of movement as is (sometimes referred to as the “Norway option”); the ultra option is simply opting out of everything EU related and making up for it by transforming the UK into a low tax, low regulation, libertarian haven. We define hard Brexit as anything between these two extremes. It is also the most likely kind of Brexit the UK government will pursue.

The UK government’s negotiating position will unquestionably revolve around the following three main points of discussion:

What some may hopefully note is that the UK is in essence trying to pull three levers during the Article 50 negotiations: limit immigration, keep as much access to the single market as possible, and pay as little into the EU budget as is feasible. Given the way negotiations are likely to go, limiting immigration and halting paying into EU budget are most likely not both achievable and one may have to be sacrificed for the other.

The UK government has to decide how much economic pain they are willing to suffer in order to limit immigration. Most of the meat of the negotiations between the UK and the EU will hinge on this all-important point. While much of the final deal will depend on what the European Commission/Council is willing to give, the UK government has to have a united and agreed position on the following points:

This is the essence of a hard Brexit negotiating strategy, the interplay between these two factors.

It is the opinion of this paper that the UK government needs to retain the banking passport at the very least. Anything less than this would be too economically risky for the country in the short term. Given it seems that the crucial political element of any deal will be the ability to control immigration, it also seems likely that the UK will have to accept paying in large amounts to the EU budget – perhaps in extremis, even larger amounts than it did while it was a member of the European Union – in return for being able to have much more control over immigration from the EEA while retaining the banking passport.

How Brexit affects the business community is one of the vital questions of our time. This paper suggests that businesses:

The recent discussions between Nissan and the government demonstrate an emerging “squeaky wheel” narrative. From a business perspective, if you want to have the needs of your sector prioritised, you will have to lobby the government hard over the next few years – but the “Sunderland deal” demonstrates that the business community can indeed achieve its goals in this manner.
There is no way a Conservative government will wish to keep everything inherited from the EU forever. There will be a process of elimination regarding what inherited legislation needs to be kept and what needs to be discarded over a number of years.

The business community should look to form unintuitive alliances with portions of the traditional Left in order to ensure the legislative end point of the Great Repeal process is favourable. Since bodies like the TUC will be worried about workers’ rights being excised eventually from the Great Repeal process, and the business community will be concerned with Britain continuing to be able to trade as easily as possible with the world, working together in concert could be advantageous. Businesses will have to accept that while certain elements of the social chapter legislation would ideally be jettisoned from their point of view, they will require the good will of the Left in order to ensure that the openness of Britain to world markets is retained. We really are in an age of a strange bedfellows.