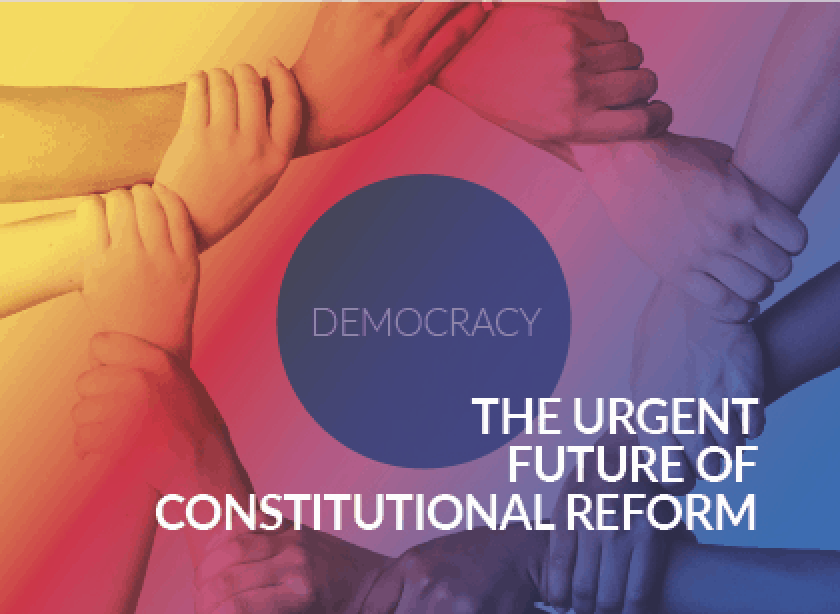 The ideas set out in the paper come from a series of lectures earlier in the summer on the lessons from Covid for the UK’s constitutional arrangements. Speakers included: Sir Simon Jenkins, writer, journalist and historian; Charlotte Allldritt, Director of the Centre for Progressive Policy; Alan Rusbridger, the former editor of The Guardian; and Lord Alderdice, the first speaker of the Northern Ireland Assembly.

The pamphlet sets out in the speakers’ own words the reforms which they believe are necessary based on their experiences both of Covid and many years in public life. The ideas advanced by one or more of the speakers include:

Commenting on the publication of the paper Radix fellow, Sir Simon Jenkins, says:

“Localism is the oldest running sore in the British constitution. Unappreciated and under-rated, during the pandemic disastrously so. What it must not be is under-debated, hence this invaluable study.”

“Our ability to ask questions of those who rule us is key to the ability of government to act effectively. And without this scrutiny the UK might simply break apart with all the risks associated with those kind of separations, including unrest and civil war.”

While constitutional reform may not feel like a bread and butter issue, the essayists in this paper argue that the stakes are increasingly high.