Whatever happened to doing? 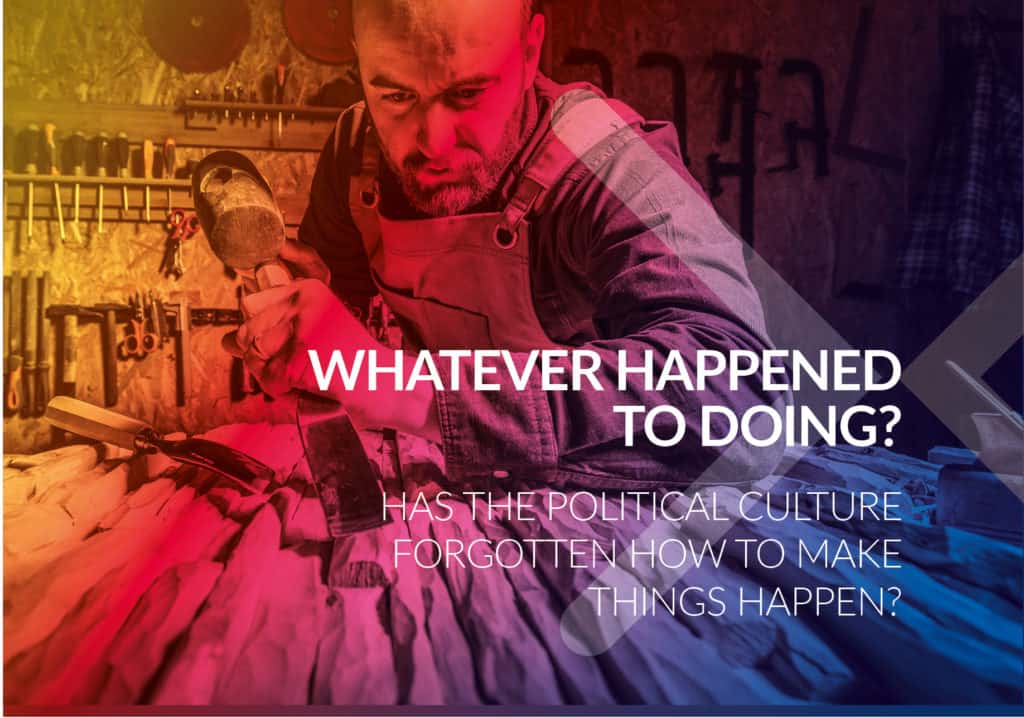 Has the political culture forgotten how to make things happen?

Maybe it matters not at all who wins elections.

Why not? Because our political culture has forgotten the art of doing things.

The solutions to this malaise, proposed in a new report (Whatever happened to Doing?) by the radical centre think tank Radix, include leadership training for everyone from schoolchildren to politicians.

The pamphlet echoes the findings of a recent Radix project, suggesting that politicians need to submit to a job interview if we are to “avoid the psychopaths”.  It might also allow us to weed out those incapable of action.

“The problem we identify is that our political culture and political classes have shifted their focus from doing things to consulting on things, or measuring or communicating things. From action to process or gesture or optics,”

“This may be why we have such a vacuous set of manifestos – filled with figures but no method or plans. In the same way, the big charities have moved from making a difference to lobbying and campaigning for someone else to do something instead. As if government was a magical box where action happens somehow all by itself.”

The reasons for this kind of growing lassitude are set out in the report. So are our solutions, which include:

1.   Licence the growth of a co-production sector – because it’s where the true untapped capacity exists in the form of the goodwill of professionals and service users alike. But only if people are allowed to do things to help – this isn’t about consultation.

2.   Grow a new culture inside political parties – which first needs all parties to recognise their current model is broken.

3.   Make it easier for people to learn how to lead – whether at work, in school, in political parties, and in Westminster, where the problem is particularly intense.

4.   Set out key areas of public services where Key Performance Indicators will not be allowed – or anything else that prevents managers thinking and acting.!

Steffan Aquarone is a technology entrepreneur and politician and the author of Fourth to First.  He is standing for the Liberal Democrats in Mid Norfolk.