A Radical Manifesto for a Credible Opposition 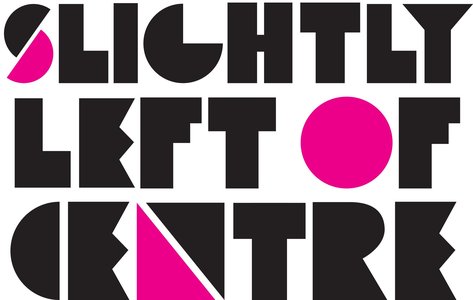 When the financial crash of 2008 occurred, many on the Left thought that their time had finally arrived. The news of banks crashing, the economy going south because of the supposedly reckless whims of capitalism, were interpreted in leftist circles as the moment when the western masses would, at last, see the merits of socialism.

Yet in the last few years, things have grown even worse for the centre-left. Replacing the centre-right as the new dominant voice in western politics is the rise of the extremes of both the Right and the Left. This can be seen in Jeremy Corbyn becoming leader of the Labour Party, in Donald Trump being the Republican candidate for US president, in the rise of UKIP and the unexpected vote to leave the EU in June of this year. The final example on that list is likely to lead to an even greater post-Brexit rise in support for UKIP under a new leader – or a new grouping of the far-right that may even be capable of winning a general election.

The centre-left needs a fresh approach if it wishes to electorally succeed again and this paper is one such vision of how the centre-left could proceed in a post-Brexit vote Britain.

Twenty years ago, the Labour Party under Tony Blair put forward a pledge card – commitments their government would promise to make a reality. A simple way to put across the idea of what could make a centre-left party electable again is imagining what the equivalent of Labour’s 1997 election pledge card would look like in 2016, examining what sort of commitments a centre-left government that was serious about winning power would announce.

This paper’s idea for five pledges that a centre-left party aspiring to govern could put forth are:

One of the core themes that emerges from the five pledges this paper suggests a centre-left party serious about governing commits to is addressing regional inequality. One of the main factors for both the rise of UKIP as a political force and the vote to leave the EU that followed was the feeling that London had been helped to recover from the 2008 crash while the rest of Britain (particularly England) had been left behind. Unless the centre-left addresses this problem with authority, the far-right will own that space for the foreseeable future.

It is the contention of this paper that unless the centre-left manages to present a coherent and believable strategy for government, it will not only never govern again, but may in fact cease to be a mainstream political ideology in Britain at some point in the near future. After the vote to leave the EU in June, the country is realigning itself into a liberal internationalist wing and a socially conservative nationalist wing. Both could be considered to be of the Right, with a centre-right versus far-right battle for the electorate to possibly squeeze the centre-left out altogether.

All of this is important to the country as a whole for a very simple reason: at the very least, the UK needs a credible opposition. It does not have one at present. This will have all sorts of negative implications for Great Britain if it is not addressed promptly. The centre-left needs to figure out what it wants to say and then reinsert itself into the national conversation. It needs to do so quickly.