Why Trump is really attacking Iran 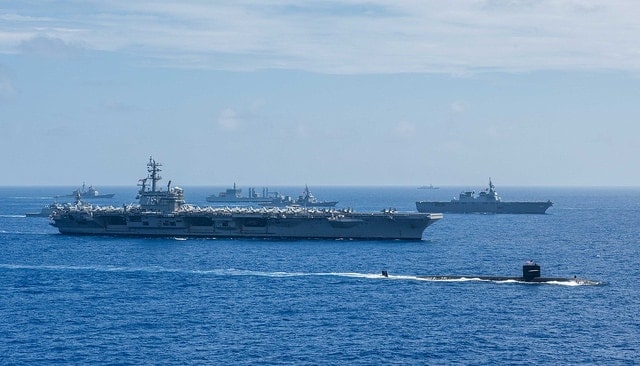 Speaking on July 22, in front of an audience of Iranian diplomats, President Rouhani held out half an olive branch to the United States. “America should understand that peace with Iran would be the mother of all peace. But that to make war on it would be the mother of all wars! “, said this reformist president, elected by the Iranian people in 2013 and re-elected in 2017 on a platform of openness to the West.

Rejecting this appeal from Teheran, President Trump reacted on 23 July with a tweet of extreme intransigence: “To President Rouhani: Never, ever threaten the United States again or you will suffer consequences the likes of which few throughout history have ever suffered before.”

It is as if the United States has indeed given up trying to work towards a diplomatic arrangement with the mullahs’ regime that came to power in 1979 in Tehran, after overthrowing a Shah who was, until then, America’s most reliable ally in the Middle East.

Logically, the nuclear agreement of July 2015 (where Iran gave up its uranium enrichment programme in return for the lifting of international sanctions), signed between the mullahs and the five permanent members of the Security Council plus Germany would have eventually led to the re-establishment of diplomatic relations between Washington and Tehran.

The International Atomic Energy Agency in Vienna had published several reports stressing that Iran was in fully compliance with its obligations under the Agreement.

But in May 2018, despite his allies’ entreaties, Donald Trump unilaterally withdrew America’s signature from the Agreement. He deemed the Agreement that had been negotiated and signed by John Kerry, then Obama’s Secretary of State, to be too lax.

Worse, by threatening retaliation against all Western companies that continued trading with Iran or buying its oil, the current US president has instituted a kind of blockade of the Islamic Republic.

On 22 July, Secretary of State Mike Pompeo, in a speech to the large Iranian diaspora living in California, called the ruling authorities in Iran a “mafia”. He also announced the establishment of Persian a language media channel funded by the US government.

The head of American diplomacy thus picks up the same instruments that were in use during the cold war against the USSR, like Radio Free Europe.

Does this mean that the United States has secretly decided on “regime change” in Iran, despite earlier proclamations by President Trump criticizing the social justice warrior approach of his predecessors? Or is it a bluff to force negotiations – modelled on his tumultuous relationship with North Korea?

It would be wrong to compare Iran and North Korea. Iran is in a much more precarious situation than North Korea. The latter managed to reactivate its strategic alliance with China, with whom the United States has launched a trade war.

It is now unlikely that North Korea will engage in unconditional denuclearization. And very likely that Beijing and Moscow will no longer be quite so zealous in enforcing UN trade sanctions against Pyongyang.

Iran is, on the other hand, in a double state of weakness – something that has not escaped the Trump administration’s strategists.

Internally, young Iranians, well informed about Western culture thanks to the Internet, no longer support the straitjacket of the religious dictatorship. Externally, Russia has, for Israel’s benefit, just abandoned the mullahs’ regime.

Since 2012, Moscow and Tehran have maintained an alliance of convenience to save a common ally, the Baathist regime in Damascus, from a total rout. But Russia and Israel, have an alliance of heart and blood. On May 9, 2018, Benjamin Netanyahu, who attended the Victory parade in Red Square, wore the Ribbon of St George on his jacket.

This Tuesday, the Russian Minister of Foreign Affairs and the Russian Chief of Staff visited Israel to discuss the Syrian issue with their Israeli counterparts.

In the Middle East, Russian and Israeli views converge. In May 2018, Israeli warplanes destroyed numerous Iranian military installations in Syria. The Russians did not flinch, having previously failed to deliver to the Iranians the promised S-400 anti-aircraft missiles. Moscow would like to restore the status quo ante in Syria, a country that is its ally, while opposing any military attack on Israel – a policy followed by Hafez al-Assad in 1982.

Russia, wishes to maintain good relations with the Sunni community across the planet. It has no interest today in promoting the establishment of a Shiite axis from Tehran to the Mediterranean.

Clearly aiming his remarks at Lebanon’s Hezbollah and the advisers to the Al Quds Iranian special forces, President Putin called on “all foreign forces” to leave Syrian territory.

The Iranian president has threatened to respond to US trade aggression by closing the Straits of Hormuz, through which travel 30 per cent of world oil exports. Closing an international strait is an act of war.

Here Rouhani has made a double strategic mistake: he weakened his country because everyone knows that his navy is no match for the US Navy; and he gave Trump a golden pretext to feed his own popularity.

Trump only forges foreign policy in terms of potential gains for his own image. He says he does not want a war with Iran. But he also knows that a mini-Trafalgar inflicted on the mullahs would significantly strengthen his hand just before the US mid-term legislative elections.