Why Green policies go beyond the environment 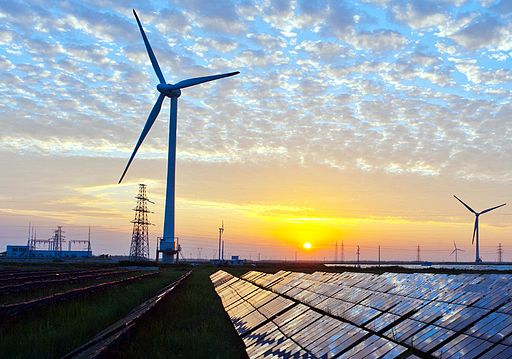 A colleague at Radix frequently dismisses the Green Party as a single-issue party. On the other hand, a friend of mine did not vote for them because he found that most of their policies had nothing to do with the environment.

In the recent European elections, the Green Party beat the Tories, the French and German Green parties are coming third in elections – beating the old centre right/left parties or the much noisier right-wing parties. Their rise is likely to continue as most of their voters are young and environmental issues like climate change are becoming more rather than less pressing.

How do I reconcile the views of my colleague and my friend? The environment, or more pertinently sustainability, is not a single issue but an organising principle. Many years ago most countries were run under a religious settlement, they would think of themselves as a Christian or Muslim kingdom, with the monarch being the upholder of the faith.

The Soviet Union was notionally based around Marxist-Leninism, and our current settlement is described by its critics (inaccurately, but that’s another story) as neo-liberal. Green parties’ telos is to move towards a settlement based around sustainability – whether they have a coherent vision of this or a roadmap of how to get there is another matter.

Traditional green policies are based around environmental legislation – narrowly defined, or aiming to decarbonise our economy. The latest iteration is the Green New Deal which is a Keynesian stimulus package, where the stimulus is directed at green infrastructure; the aims being to boost the economy and employment whilst de-carbonising.

Economically this is a return to the post-war economic principles with an economy based on economic growth with demand managed by central government.

To achieve a truly sustainable economy would have to go way beyond these essentially marginal changes and would involve a total re-imagining of the economy. We would need to move to a circular economy which is a re-organisation of industry where the outputs (waste) become the inputs for production.

Modern industrial ideas such as the sharing economy, bio-mimicry and co-production would form integral parts of such a system. To achieve this would require a total transformation of the economy, companies would need to change their purpose, structure and operating principles. We would need to re-organise the financial system and move away from debt-based money.

As an example, a sustainable city would look totally unlike what a city currently looks like. For a start, it would have no cars and be covered in vegetation. It would have to have totally different transport and energy systems, planning and building codes would have to be transformed, as would the way we lived and worked.

Government would be both more localised and democratic; as well as having an increased emphasis on international co-operation to address global environmental problems and their impacts (such as the refugee crisis).

This would have to involve more co-operation and less competition, which would mean re-framing the way they interact. Government would focus on well-being rather than economic growth. There would be winners and losers but, in a truly sustainable settlement, people would have a better work-life balance, would be healthier and more equal.

A ‘green’ world would encompass every aspect of our lives; which is why a genuinely ‘Green’ party would have mostly non-environmental policies.

The transition to such a world would be painful. But at the moment the alternatives are the nasty nativism of the Tories/Brexit Party, which doesn’t seriously address any of the issues of today, and the nasty identity politics/socialism that is Corbynism, which is a failed model for addressing the problems of yesteryear, or there is neo-liberalism, the model that has brought us to the mess we are in.

Meanwhile, we are heading towards climate catastrophe, whilst we are fighting increasing fractious battles over total irrelevancies like Brexit. Maybe, in the words of that great champion of the green movement, Margaret Thatcher, There Is No Alternative.