What happens when a country doesn’t have enough skilled migrants… 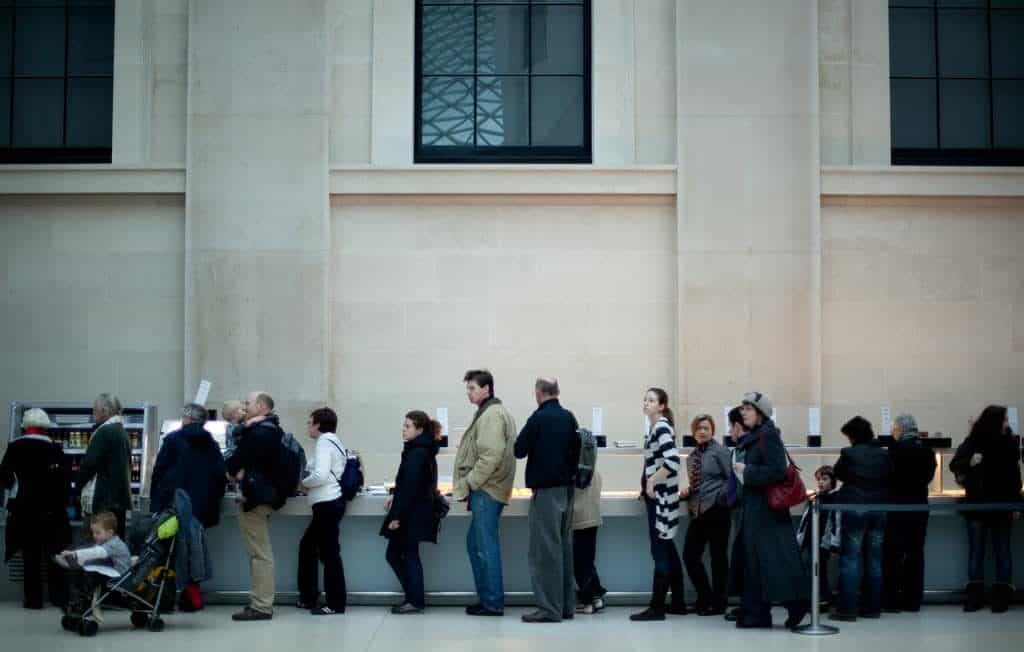 “Queue-jumping”, “swamped” by migrants, caravans of migrants threatening to invade. The anti-migrant rhetoric especially of the far right, currently in the ascendancy across the UK, Europe and the USA, is all too familiar. But, as so often, one country is bucking the trend.

Fachkräfte-Einwanderungsgesetz. Only in German could such a wonderful, convoluted compound word exist, literally translated as the law concerning immigration of skilled labour (or “technically qualified” labour), a proposal for which has been endorsed by the equally wonderfully named German Federal Minister for Labour, Hubertus Heil, and endorsed by most of the political parties in the Bundestag.

The proposal for a new law, due to be put before the Bundestag by the end of the year, tries to address an increasing problem for the booming Germany economy – an absence of skilled and technically qualified labour, not just in the higher academic and technical fields, but in production, manual skilled labour and even social care work (roles that in many other countries are considered “low skilled”).

Forget “jumping the queue”, there aren’t enough skilled EU migrants arriving in the Federal Republic with their freedom of movement to fill these roles, so the new law proposes to lower the threshold for non-EU migrants, including a more streamlined process of accreditation of qualifications from countries outside the EU and (pay attention now, Mrs May!) removing the principle of the prioritisation of EU migrants over non-EU migrants for such roles.

The proposal also makes clear that immigration from non-EU nations must not have a detrimental effect on opportunities and wages of German workers.

While the coalition parties are all agreed on the proposal, not all parties across the German spectrum are delighted. The ever more vocal Greens accuse Heil of not having gone far enough, that there are still too many restrictions and the law will not achieve its desired effect.

The AFD, unsurprisingly, condemns another “pull” for migrants to come to Germany: for them, the trade-off between stimulating the economy and ensuring fewer foreigners in the country has already been made. Germany for Germans, even if that means unfilled vacancies and a less prosperous economy.

It is likely that the bill will pass, and, while many in Germany, especially in the Eastern states, still debate the integration of foreigners, especially Muslims, economic sense prevails. The vacancies need filling, in a country with an ageing population. If Germany can’t attract enough EU citizens with the right skills, then it must attract non-EU migrants.

A brief reflection on this peculiar circumstance – a European country seeking more migrants – in the light of the UK’s proposals this week for curbing migration from the EU.

At first glance, the proposal from Germany is remarkably similar to the UK position: for skills-based jobs, the prioritisation of EU migrants over non-EU migrants will be removed; non-EU migration should not harm the chances or reward of local workers.

But that is where the similarity ends. Theresa May and her Conservatives stick to their pledge to lower migration to “tens of thousands” of migrants, regardless of any economic argument, and, post-Brexit, one may assume that whatever “hostile environment” is put in place to achieve this will affect EU as well as non-EU migrants.

It is not so much the case that non-EU migrants will no longer be disadvantaged by EU migrants “jumping the queue” (perhaps the most ridiculous phrase of the week), the country will be made equally unattractive to everybody from abroad. If the vote for Brexit meant anything, it meant the necessity to significantly lower immigration, and that foreigners would no longer be welcome unless they come to fill specific roles that the local British cannot or will not fill.

UK observers may also note that the definition of “skilled labour” is extended to social care. With Britain draining nurses and care workers, the UK government would be wise to consider how it, too, will plug these evident gaps.

It remains to be seen what will be the “flesh on the bones” of the UK’s new immigration policy for the period after the Brexit transition period: apparently equal opportunities for migrants to be accepted from the “queue” regardless of country of origin, race or religion, a selection based on needs and on skills. It also remains to be seen how long that “queue” will be given the current climate towards foreigners and the economic outlook for the UK.

The reality is that Germany is debating, and resolving now, an issue that both major political parties in the UK are still trying to avoid: how to stimulate the economy with the necessary foreign labour in a time of record unemployment and an ageing population, while the population continues to be reminded by much of the media and too many politicians how unwelcome migrants ought to be.

How many unwelcome but skilled migrants will the UK have to tolerate to avoid damaging the economy? Or is the proposed new policy nonsense: native English speaking, white, non-Muslim applicants welcome in “Global Britain”, others to the back of the queue, please?

Whether it’s Mrs May’s deal or no deal, proposals for “squaring the circle” of a skills-based economy with much lower immigration cannot be put off much longer.