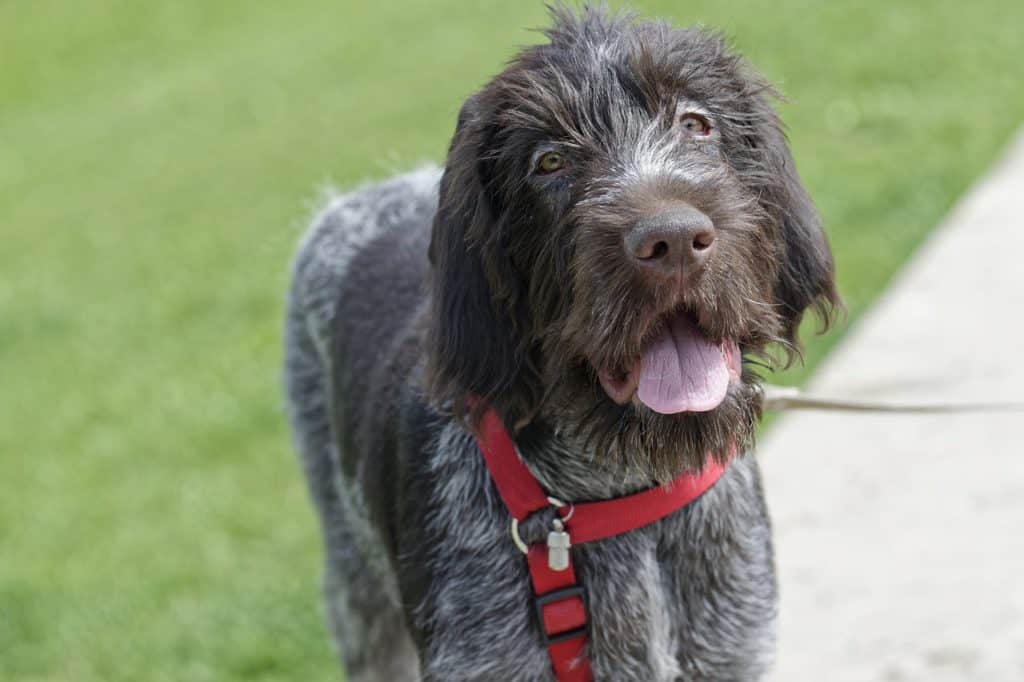 Rosie wrote a diary of her partner’s Covid19 last week, and so many people asked us what happened next – so here she tells us…

I call our GP. She listens carefully to everything I’m describing. As she says, “there’s no textbook for this one” and, uncertain, she consults a colleague. She feels my partner ought to be seen.

It’s been twelve days. The way he’s breathing, it might have developed into pneumonia. The safest way for him to be checked – for everyone – is by paramedics. Which means calling an ambulance.

I’m reluctant to use up the service’s time and say I could take him to a hospital myself. No, better for everyone – your partner, the hospitals, other patients – if paramedics come to you.

They do all the checks they can. They talk about all the other things it could be. They have no tests. They apologise and say they’re not saying it’s not covid19 but it could be a whole host of other things that happen to have come at once. We all know this is highly unlikely.

The good thing is he doesn’t have pneumonia.

Today, the sun is warm. The air is quiet.

Satellite pictures show that pollution has lifted from above Wuhan, and from above northern Italy (where it’s normally hemmed in by the Alps). Soon, no doubt, it will lift from above London too.

I feel lighter: a sense of relief that my partner has now been checked, of knowing that he’s not going down a properly dangerous path. I hadn’t realised how much I was holding in; I no longer feel that watchfulness or uncertainty, when I see his sleeping body, his pale face.

But he says he feels the same.

He’s still ill. Moving is still difficult. He talks in a whisper and only a few words at a time, to stop himself coughing. When I hover, after bringing him a glass of water, to ask if there’s anything else I can bring, his smile, lovely as it is, is still wan.

But his temperature is stable.

Tonight we’re clapping for the NHS (with heart and soul) – but first I text our neighbour to check where they’ll be standing. We can’t use our front window (my partner is in that room) and the two front doors are too close to be safe. We decide they’ll do top window, we’ll do front door.

Eight o’clock. We hear a first clap. Smiling, my daughter and I start to clap as well. My son joins in behind us. Neighbours, framed in the yellow glow of their bedroom opposite, open the window to be louder. People I don’t really know but I wish them all the very best.

The sound echoes up from the streets beyond ours – and we’re all smiling – joined in our gratitude, compassion and shared isolation.

Today my partner comes downstairs. It’s an achievement for sure. But in fact he’s just exchanging a bed for a sofa. He still sleeps for hours on end.

This morning I dreamt I was walking outside. I had to collect something. Medicine for my partner. I walk from one side of the pavement to the other to avoid people. But the pavement is getting narrower — I can no longer avoid them. I turn round to come home. There’s now a field between me and where we live, with a wooden fence all along its perimeter. People are picnicking and playing ball in the long grass and as I approach to climb the fence they all start coming towards me. I’m not going to be able to get home without coming dangerously close to them. They start climbing over the fence. I can’t find a gap. I ask them to let me through. They don’t hear, they’re smiling at me, leaping over the fence. I back away. Someone comes right up to my face. It’s not that I’m afraid of you, I try to say – it’s that you need to keep away from me …

But it’s daytime now and the sun is shining. I long to be out in it. The dog, who is deaf and is afraid of children, bicycles and people who aren’t people shaped (wearing hats, caps, helmets), knows that the park is now full of these things and refuses to come. She sits with her big fluffy bottom on our front doorstep and there’s no shifting her.

Word comes round that the PM has tested positive. I watch the video he’s posted saying he has “a temperature and a persistent cough”. No, I want to say, you really haven’t — you couldn’t begin to make that video if you had a persistent cough. My partner hasn’t been able to say five words together without coughing (specifically counted “one, two, three ..” for the GP), since the virus hit his lungs.

I read some of a conversation my daughter has had with a friend in Kampala. People are scared, really scared. But it’s not so much because, friend says, there are only 58 ICUs in the entire country (who knows how many ventilators), what they are now scared of is starvation. Many people live on what they earn that day. If the lockdown means they can’t sell the thing they have come to the market to sell, they can’t buy food. Faced with starvation or a disease you might survive, I think know what my instinct would be.

Tonight, the dog is playing ball by herself in the garden. She’s growling at it, front paws flat on the paving stones, tossing it in the air, tail windmilling. It’s dark outside. Dog in lockdown.

I think he’s looking better. I ask him how he feels. He says he can’t tell. He’s been ill for so long, I’m not surprised. Day after day of sleeping, fever, keeping his breathing as calm as he can.

A little later he comes into the kitchen. He walks unsteadily. His legs look thin through his trousers – but perhaps it’s just my imagination.

He wants to make his own food. Cooking and eating is a real pleasure for him, though surely a contamination nightmare. But he’s always been brilliant about hygiene so I leave him to it. He doesn’t want to be fussed.

And I’m keen for him to eat something good. He looks weak. He tells me he’s lost nearly 5kg. It takes me a moment to hear that properly. That’s 11 pounds. In less than two weeks. And he’s still ill.

The dog is overjoyed to see her favourite person upright. She scrambles at the kitchen door to be let back in and curls her chunky body against his legs, wagging furiously.

I stand behind him and give him a hug. A covid hug (I know the front of his jumper isn’t safe – but I’ll wash my hands). It’s the first time I’ve hugged him in more than a fortnight. He reaches a hand behind to hug me back a little. Don’t, I say. He feels frail and I don’t want him to exert himself an inch more than he has to.

And then he’s back on the sofa. Sleeping. Coughing. Worn out.

His headache has come back. With a vengeance.

Yesterday, he ate a bowl of soup for lunch and a piece of toast. For supper he had a second bowl of soup. He said the toast was too much.

Today, I’m going to buy some chicken and vegetable soup; ‘Jewish penicillin’ (I’m a lousy cook and I’m veggie, so it seems like the best plan). And it feels essential.

I go to our local shop and join the very well spaced queue. After about twenty-five minutes, I’m by the door. It starts to hail. The shop doorkeeper feels sorry for me and lets me in a little before she should – but I get a squirt of sanitising gel – which assuages my fears about opening the fridge door (despite having washed my hands before I left the house).

The soup is thick and a beautiful carrot colour. He’s lost his sense of taste. But he says he likes it anyway.

I open my laptop. A long, quick fire thread between a group of mums. One of them, a hospital doctor has, the email says, just now picked up the masks from the doorstep. We’d learned that, although she is working in face to face contact with patients, she has to make her own provision when it comes to masks – and she just hasn’t had the time to research exactly what she needs, let alone find somewhere that stocks them.

And we’ve heard that, although these are meant to be single-use, some doctors are now heating theirs in the oven when they get home (60oC) , in the hope they’re safe to use again the next day.

I think it’s safe to say he’s on the mend.

There’s a little more colour in his cheeks. And he gets up again. He’s more steady today.

Even though he spends a large part of the day asleep, I feel sure he’s turned the corner now – and, most importantly, I don’t think there’s another corner to turn. He’s on his way back.

And so I have an over-riding feeling that we’ve done the virus now. He’s getting better and none of the rest of us have symptoms. But I know that, huddled in our house, with a sense of relief and a light skip in my step, we’re out of kilter with the rest of the country.

A friend on a WhatsApp group asks if we could all meet up online one evening this week. She’s technically competent on Zoom, Houseparty, Hangout, Skype, whatever suits, it would be wonderful to see each other, she says. Yes please, says another. Can’t do the next couple of evenings says a third, I already have WhatsApp dates on those evenings. Adaptable creatures that we are, we’re beginning to flourish even in lockdown.

And I’m allowed out. Perhaps the dog has forgotten about the populated park. I go to tell my partner I’m going to give it a try. The dog pushes her way into the bedroom. He’s sitting up, and she can see him. She paws at the mattress asking him to come too. He looks at her apologetically – tomorrow perhaps.

My daughter offers a 15 minute yoga sesh online. My son is helping younger students with their maths over Skype. And from the closed world of our homes and our screens, I see pictures of wild animals — out there — venturing into towns, happily feeding on people’s hedges, gathering in the streets and resting in playgrounds. 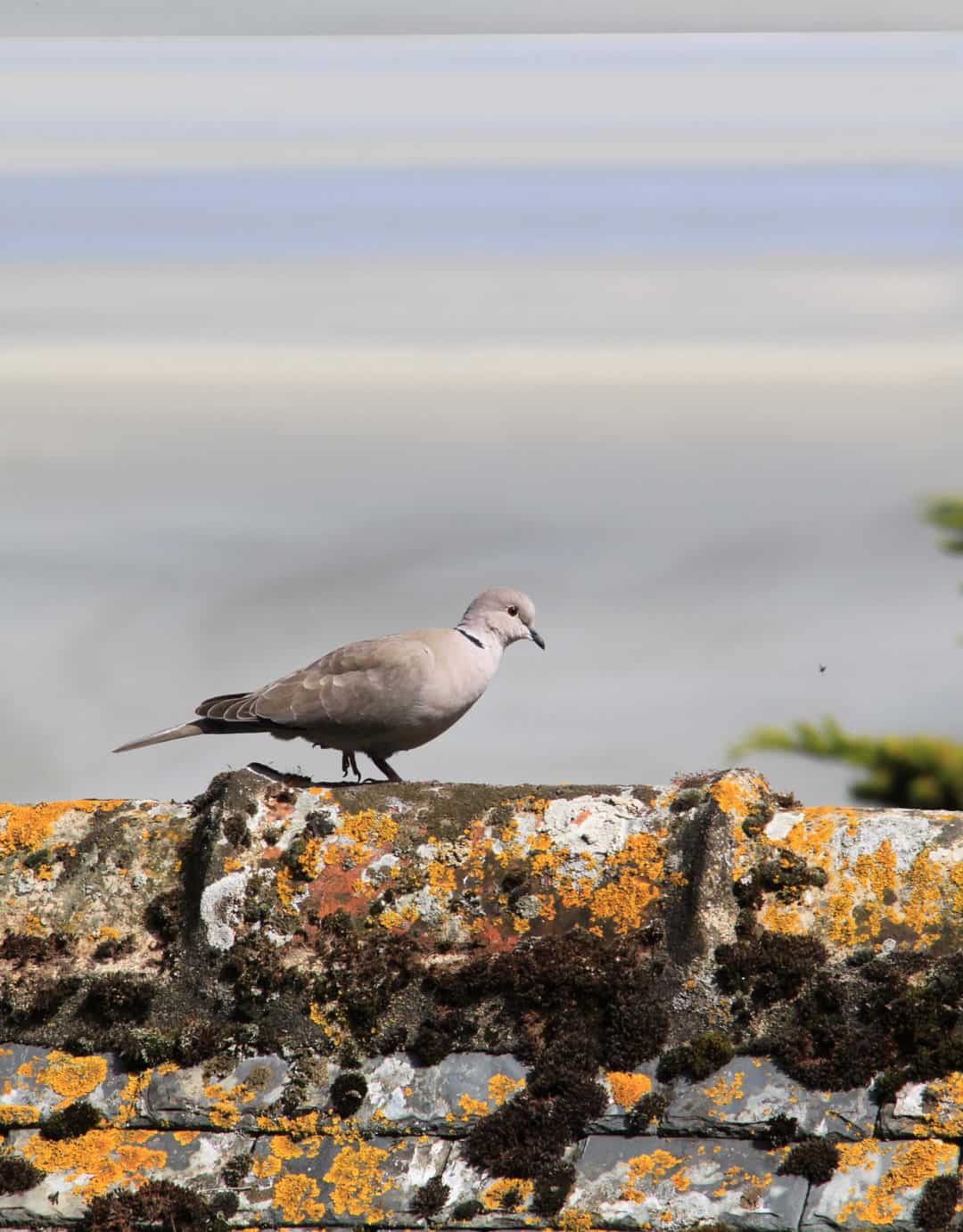 Rosie (not her real name) lives in West London.