We need to open up the selection of candidates 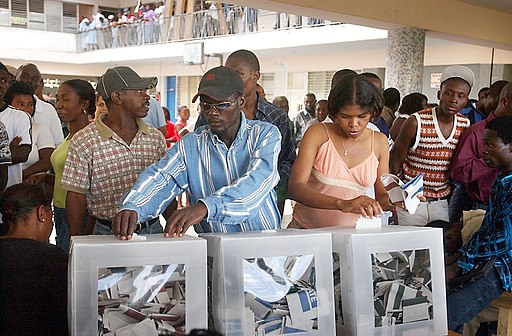 At Radix, we have long argued that many people are quite fed up with the politics of the parties and long for a politics of the people. Whenever we argue that, a very reasonable question emerges – what on earth does that mean?

One obvious answer is politicians behaving (and voting) in the public interest and the interests of their constituents, rather in the narrow electoral interests of their party, or putting ‘party unity’ ahead of the public good. All of which has become brutally exposed in the Brexit debate.

But there is more that parties could do. In particular, looking at how they run their own business.

I want to address one particular question – how should parties select their parliamentary candidates?

In the UK, it is the tradition to place candidate selection in the hands of the local constituency parties with voting being done by local party members. This has several disadvantages. The first is the most obvious. People who choose to become members of a political party have one over-riding characteristic – simply by being members of a party (a minority sport) they are not representative of the general public.

Many tend to be political obsessives and tribal party loyalists. They therefore tend to select candidates that reflect themselves rather than the broader public. That, surely, is not the best way to connect with the public.

A second disadvantage is that it places constituency MPs at the mercy of the party hierarchy and the whip system. It makes it possible to use deselection as a threat for MPs who do not toe the party line. Again, emphasizing the principle that party comes before the common good or the MPs’ own conscience and the interests of their constituents.

So, could it be done differently?

One suggestion is to borrow from those US states that have open primaries. In such states, any registered voter in that state can vote in any party’s primary elections that select candidates. Transposing that principle to the UK, a party (or parties) could open voting in their candidate selection process to all registered voters in the constituency.

Many will fear that such an approach would leave them hostage to campaigning by rival parties in an attempt to select weak or even entryist candidates. Experience in the US suggests that that doesn’t happen – at least not there.

What are the advantages?

It could be a way for getting a larger group of voters interested in party affairs without having to become members (something that is anathema to most of the population) and in a way that is in constituents’ self-interest. And it would dilute the power of central party apparatchiks – which is why so many of them would fight against such a system.

From the constituents’ point of view, they are now invited to participate in a different way – outside any formal election and getting involved in selecting their own candidates.

Surely a candidate that can make it through such a process is likely to be a better candidate – more likely to be successful in an eventual election. He or she would have proven an ability to campaign across the constituency and to win over voters rather than just the skills to pander to a narrow group of party members and work the party’s internal politics.

And if people in the constituency have turned out to vote in such an ‘open primary’, would they not be more likely to vote for the person they themselves have selected?

Getting turnout would doubtless be a problem, especially in the early years. But who knows how it could evolve.

What do these processes yield?

John McCain has been one of the most distinguished, honourable and effective senators in the US. Arizona has open primaries. And in those primaries, John McCain has never, not once, got a majority of votes among registered Republican voters. His selection has always been driven by registered Democrats and Independents.

Maybe what such a system does do is elect more moderate and competent candidates rather than extremist ideologues.

CORRECTION: As pointed out by Paul in the comments section below, this article contains an error. John McCain won through non-Republican votes in open primary states during his run for the Republican nomination for the presidential election not, as written, in his Senate primaries in Arizona.