We need a universal digital income, and soon 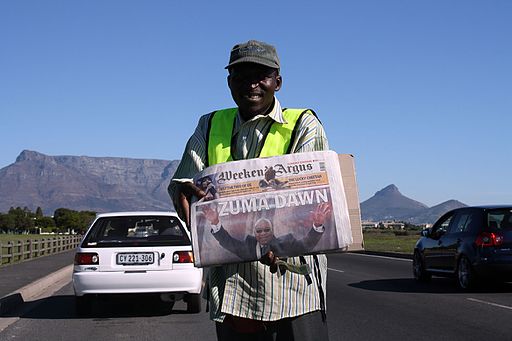 Most countries have some kind of broadcasting levy to pay for public radio and television. In the UK there is the license fee to pay for the BBC.

In France, one must declare possession of a television on one’s income tax form. In Germany, every household must pay in excess of 200 euros even if it has no television, no radio and no computer. One low-paid German woman in this situation went to jail for some months for refusing to pay, as she saw it, for football celebrities.

The imposed fees are a persistent cause of grievance and controversy, reinforced in the eyes of some consumers by dissatisfaction about the quality of the programmes. Yet the alternatives of funding by advertising or by subscription are also dire with their own substantial drawbacks.

Such print media – the ‘Fourth Estate’ – fulfils a key role in democracy, shining a spotlight not only on the grand issues of the day but also on happenings in council meetings and otherwise at the local level.

They are a bulwark against fake news and rumour-mongers. But readers’ subscriptions whether for print or for access to websites can raise only a limited revenue, insufficient without advertising to cover costs.

In various countries there has been much discussion recently about the idea of a universal basic income (UBI). Except for small-scale experiments. it is unlikely to be adopted in the foreseeable future and opposition looks likely to persist for a host of reasons.

Here I want to propose something rather different: a universal digital income.

Each citizen would receive, say, a thousand pounds (euros, dollars) to be allocated annually in the manner of a ballot (securely and secretly) in portions of a quarter or a fifth to a broadcaster, a national newspaper, a local newspaper and maybe a non-commercial internet service such as Wikipedia.

Note that universal digital income does not involve subscriptions. Citizens receive no personal benefit from their digital income.

This would end the tiresome debates about license fees and their equivalents.

There are some issues with the concept that would need discussion. One is how and where citizens could cast their vote for their choice of broadcaster, newspaper, etc. Another is how they can be motivated to do so.

One solution to this latter problem would be to state the individual income not as a fixed annual amount but as a proportion of all individual allocations. If few people bothered to register their preferences, then those few would have a larger say in the funding of the media concerned. People who abstain in the first year or round might find themselves keen to participate later.

A further issue is how the recipient organisations are identified. Here it might be wise not to seek perfection immediately. A sensible point of departure would be to license for funding only legacy media – those newspapers and broadcasters which have been well-established for many years.

This will seem unfair to start-ups, representing an additional entry barrier to newcomers. But, away from the sports ground, there is no such thing as a perfectly level playing field. And newcomers should find the advertising market less harsh than it has recently become.

In the case of traditional broadcasters (television and radio), there might be a restriction such that only those that do not resort to commercials would be eligible. There is a fundamental question, which would take us too far, about the desirability of omnipresent advertising as we experience it today.

In the case of broadcasters it would also be possible for citizens to express a more precise preference, for example, to earmark their contribution for radio rather than television, or to a category such as sports, culture, classical or popular music.

There would inevitably be calls from some quarters to extend eligibility to other digital services, such as social media or search engines. Such calls could be resisted. The sole purpose of the universal digital income is to secure funding for constitutionally essential news, educational and cultural services in a radically changed environment and to distribute these funds transparently, without backroom deals.