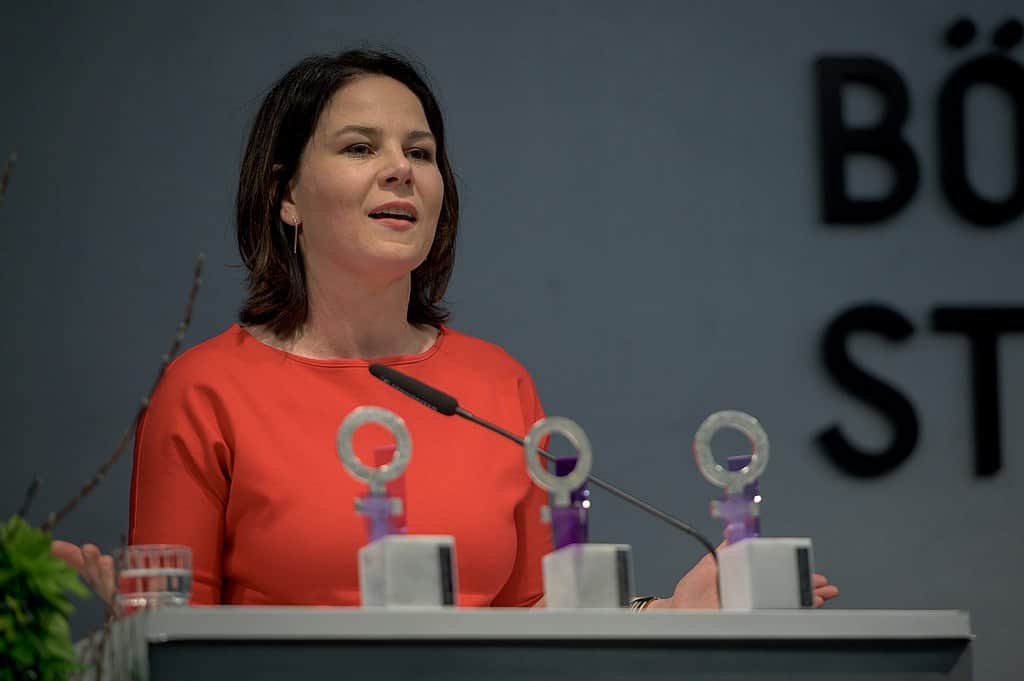 In about 1600, the privy counsellors and courtiers of Elizabeth I fretted about the succession, as the Queen had failed to confirm her heir. Machinations and politicking brought James VI of Scotland to the throne in 1603 (avoiding less welcome pretenders), heralding the beginnings of the UK and, within 40 years, an outright civil war in England.

For the last two years, the privy counsellors and courtiers at the court of Angela Merkel have been fretting in overtime, as to who will take on the mantle of perhaps the most successful (and longest serving) German Chancellor. Like Elizabeth, Angela has refused to anoint an heir before she steps down after the general election in the autumn, hoping to avoid getting embroiled in party politics as she slides gracefully off stage middle….

But the problem really does remains: who next? The favourites have come and gone. There was Ursula von der Leyen, surely the next Chancellor, polyglot, diplomat, mother of six. Until her disastrous performance as Defence Minister and deep unpopularity in the CDU party. Off to Brussels then, perhaps to re-emerge as Federal President later in life, and in Brussels – well, that’s another story, isn’t it? Then there was Annegret Kramp-Karrenbauer (AKK), who made a similar mess of the Defence position and became so unpopular with the party she had to stand down as its chair and promise not to stand for Chancellorship this year.

Everyone’s favourite is Markus Söder, Minister-President of the “country within the country”, Bavaria, and leader of the CDU’s sister party there, the CSU, who has emerged from the messy pandemic crisis with his reputation enhanced. But he danced around the issue of his personal ambitions until it was too late: by the time he threw his hat into the ring, a few days ago, a new chair of the CDU had been chosen, Armin Laschet from Northrine-Westfalia, and he was confirmed, and then against Herr Söder’s challenge re-confirmed this week as the candidate for Chancellor.

Only problem is that the rather gentle, mild-mannered, consensual, middle-ground politician from Aachen is languishing in the polls in his home state and is not trusted as a robust leader by many conservative voters of the CDU nationally. This, combined with all the problems surrounding the handling of the pandemic, has resulted in the CDU’s share of the vote declining dramatically in recent polls.

But that isn’t the big story of Germany’s future. It is the meteoric rise of perhaps the next Merkel, the young, ambitious, talented Annalena Baerbock. Unknown four years ago, a capable Green party functionary, she has been catapulted (sorry for the trampolining metaphor, there will be lots of those in the coming months, Frau Baerbock was once one of the nation’s leading trampolinists) first to co-leadership of the Greens, and then, after three years of superb media performances coupled with formidable administrative skills and a way to get people to work together, into the Green Party’s candidacy for Chancellor.

In another electoral year, this would be a matter of formality: the Greens never assume they will lead the country after an election. Yet they are running the CDU close in the polls, and at least one poll this week has put them ahead. At the very least Frau Baerbock will end up as Vice-Chancellor in a coalition (which will be coupled with a significant ministerial role such as Foreign Affairs, for which she is expertly equipped), and if she does end up leading some kind of Green-Conservative coalition (the model exists in the state of Baden-Wuerttemberg) or perhaps a left-of-centre coalition, the 40 year old lawyer and mother of two will be what is already described as Germany’s answer to Jacinda Ardern.

If Frau Baerbock becomes Chancellor this time round, or maybe next, in whose hands is Germany’s future? A child of the 80s and 90s, brought up in a village near Hanover in quite humble circumstances to very left-leaning, Green parents. A lawyer who studied at the LSE. A politician who chose to make her career not in Hannover but the eastern state of Brandenburg. An exceptionally hard worker, a master of detail (Habeck did “big picture”, Baerbock focused on the details of policy).

A mother of two in a very stable marriage, who acknowledges the difficulty of bringing up kids while leading a party, but points to the same Jacinda Ardern as to how it can be done with a stable home environment. An enormously principled individual, known for her hard work ethic, grasp of policy but above all her ability to get people to work together, by being pragmatic, realistic and objective (not always a trait of Green politicians of the past!).

She is going down extremely well with the German electorate, even with a number of business leaders who have come out in support of her leadership (her colleague Winfried Kretschmann in Stuttgart has shown how successfully Greens and CDU could work together and liaise with industry leaders). She would lead some sort of cabinet of “all the talents”, whether centre or centre-left coalition, and continue sensible, rational policies towards a Green economy in Germany. As a former functionary at the Council of Europe and a passionate Europhile, she will be a fitting leader internationally and gives no impression of being naïve about Germany’s role, or her potential enemies.

One gets the sense that Germany will be in very good hands with Frau Baerbock as Chancellor or Vice-Chancellor, in a cross-party, pragmatic but progressive coalition. Meanwhile, to compare and contrast, let’s have a quick look at the state British politics…..