Trump going all the way on China 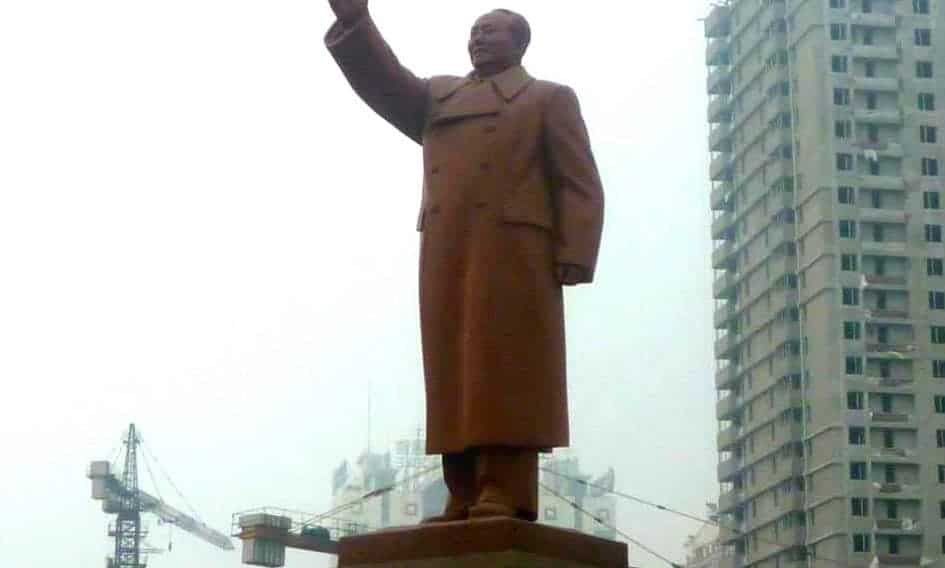 A spokesman for the Chinese government has just accused the United States of having started “the biggest trade war of economic history”.   On Monday, September 24, 2018, new US tariffs on Chinese products came into effect. Two hundred billion dollars of Chinese exports to the United States are affected (out of a total of over 500 billion per year). The tariff rate is at 10%, but due to rise to 25% in 2019 if the two governments still cannot reach agreement. The Chinese have limited scope for retaliation in that their own imports from America do not exceed $130 billion annually.   President Trump’s tariff offensive against China is a policy that has received substantial support from US parliamentarians (both Democrats and Republicans) and European allies. The European Chamber of Commerce in China explained that the root cause of this Sino-US trade war is the incomplete opening of Chinese markets for goods and services from abroad.   The Chinese authorities cannot complain that they have not been warned. Since he was elected, Donald Trump has asked them to change their business practices, including at the March 2017 Mar-a-Lago (Florida) summit. At the Davos Economic Forum in January 2018, Trump said : “We are in favor of free trade, but it must be fair, and it must be reciprocal! But the Americans believe that China, for thirty years, has never shown reciprocity in its trade with the United States, and that it has also been very unfair.”   Washington does not just blame Beijing for the enormity of the trade imbalance between the two nations. The Americans accuse the Chinese of violating WTO rules (which China has been a member of since 2001) by systematically resorting to dumping and hidden state aid. Trump is the first Western leader to denounce the Chinese strategies of technological looting and intimidation of Western investors in China.   Any business wishing to settle in China is required to form a joint venture with a local company. At first, the relations with the Chinese partner seem smooth; factories are built, distribution follows, customers are satisfied, the Western investor earns money.   But in a second phase, the Chinese partner finds a pretext suddenly to leave the joint venture. Westerners will soon find him in another factory, making similar products, thanks to all the technology he has previously stolen. If Western investors dare to complain, the Ministry of the Interior threatens to withdraw their residence permits on the spot.   Trump has decreed that the Chinese will never again steal American technology. Will China submit to US demands? Will it react rationally or emotionally?   Rationally, the Chinese would be well advised to make concessions because they need America more (in terms of university training, technology to import, and export markets) that America needs them. China’s 2,000 billion US treasury bonds cannot easily be used as a means of pressure for China. Embarking on a massive sell-off would be to shoot oneself in the foot as it would result in a massive depreciation of the assets. And America will always find other takers for its dollar-denominated bonds.   But a last American measure, of a very different nature, could very well trigger an emotional, nationalist response by China.   On September 20, 2018, under the US embargo laws passed after Russia’s annexation of Crimea and after the Skripal affair, the ESD, the Chinese body responsible for improving the People’ Liberation Army’s military technology and its leader, Li Shangfu, were punished for buying about ten Sukhoi 35 fighter bomber aircraft and S-400 surface-to-air missiles from the Russian state-owned firm Rosoboronexport. Their US accounts were frozen in the United States and it is now forbidden for any American moral or physical person to do business with this Chinese person and entity. America has further extended the extraterritoriality of its law, because the Sino-Russian transaction was not denominated in dollars …   Will the Chinese feel victims of unequal treaties as in the nineteenth century and openly rebel against America? This is possible because they have publicly demanded the withdrawal of these sanctions. Who will yield first? The answer will not come tomorrow. This is just the beginning of a very prolonged arm-wrestle…   This article was first published in Le Figaro.