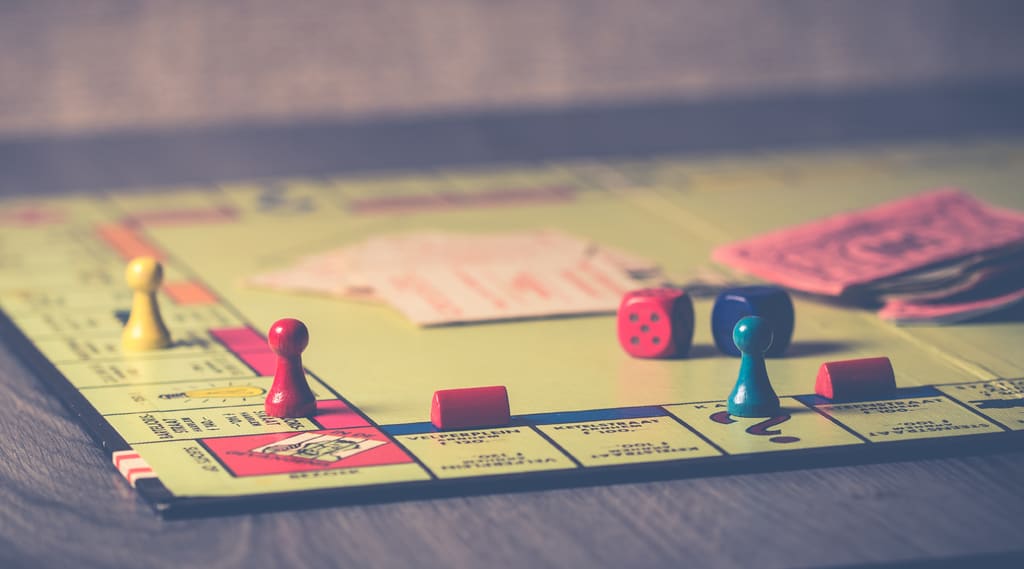 Last week was a fascinating glimpse into the limited imagination of our political duopoly.

I use the term ‘duopoly’ but, it’s more like an ersatz version of a board game where one player gets to buy all of the property and the other is delighted to swallow the pieces in full knowledge of the choking risk. There is another player who circles the game Henny Penny-style,shrieking that the money is getting folded, spindled and mutilated and that the Heimlich maneuvre is available on request.

Ed Davey is ready, willing and able to embrace Labour in a bear hug and retrieve those missing pieces with one mighty thrust of co-operation. This is an interesting proposal to those of us who long for a return to the centre ground.

It also plays well with those of us who blame the unassailable Conservative majority on Labour’s intransigence towards electoral pacts. Those of us who hear the suffocated cry of the pro-European majority of Labour’s membership are also stroking our chins with an ‘Eee gads! That might just work!’.

However, lets just take a step back and look at this.

The LibDems think of this dysfunctional relationship more like that board game. Let us play as a team and we’ll help you win. It’s not a zero sum game. We’ve read the rules! In response, Labour shouts ‘AUSTERITY!’ and swallows the top hat.

This LibDem neediness is entirely predicated on a new Labour leadership with progressive values. You’re free to define progressive in several ways, but most of us can agree that it doesn’t entail hating large segments of the voting population. It also excludes frightening several  small segments of the population. Progressive policies probably shouldn’t be a punchline either. The new LOTO would have to agree to these simple rules.

We all know that that ain’t gonna happen.

It won’t happen because LOTO and spareLOTO don’t make the rules and the Corbynistas own the party structures at Millbank and in almost every CLP. Once the Starmer/Nandy joiners meet Doh!mentum, they won’t stick around to argue at meetings and they won’t show up to vote at conference.

Most of the PLP with recordable IQs gave it a swerve last year so, why would the optimistic newbies pay for a weekend of abuse they aren’t obligated to take?  A Starmer/Nandy at the top will fear the mob too much to show them the exit all at once. The mob knows this. It’s mob rules.

The Conservatives won’t exactly be quaking in their brogues at the thought of a LibLab deal. Johnson’s largesse to the Great Wall of Victory seats is just an IOU until the next GE. It’s a mortgage note for plastic hotels, bridges, train lines and whatever else spews forth from his indentured ministers.

Civil service be damned. Pass Gove. Collect 200 constituencies. The Tories don’t need the liberal urbanistas to keep their coalition of the credulous. He knows that everyone, except Diane Abbott, can count.

Davey seems to be offering his Remain-erati as collateral for Labour’s loan to the ‘towns’. Labour has decided that, until the twelfth of never or the end of the leadership election- whichever comes first, it will simply pretend that its voter base is to be resurrected in the discontented communities that voted Leave.

It will pass its urban, middle class and student voters on the street and pretend not to know them. It is all coming rather too close to entrenched wisdom no matter how often they are reminded that they lost votes to other parties too.

Liberal Democrats do fleece but borrowed flat caps will lie uneasy on the head. It is almost unimaginable that the LibDem rank and file will play along. Yes, LibDems win more seats when Labour is ascendent. Certainly, LibDems suffered from Corbyn being the Boogie Man that had voters running terrified past them to the arms of Boris.

The centrist revival won’t happen unless Labour brings down the curtain on its shitshow. But…..big, BIG but…..there’s a huge difference between socialists and liberals. The philosophical distinctions are more insurmountable to Labour. It’s a party of mannicean true believers. LibDems are the pinata they can’t stop bashing for fear of another break away attempt. They have every reason to keep the show going to scare their own MPs into staying after nothing really changes.

You can tell that the Labour leadership election is reaching peak desperation when one of their journo-stans supports common cause with the LibDems. Polly Toynbee’s opinions haven’t been consistent on many issues in the recent past. It’s kind of impressive to like or loathe Marmite depending on the prevailing wind, but I’m sure Ms Toynbee could do it. Now she is arguing for electoral reform under sensible leadership to benefit both parties.

The coup de grace for the idea of any type of agreement has come with the support of Tony Blair. No idea, however sane or sensible, will survive if it has the imprimatur of Labour’s least popular leader. If Blair wants to be really clever, he can do a broadcast round promoting Corbyn as a modern day saviour to be venerated. That’ll finish Jez pretty sharpish.

At some point, MPs across the parties who have some values in common – civility, economic pragmatism, a regard for facts and evidentiary policy – will make common cause. None of this will happen until those MPs accept reality and stop arguing over petty differences.

Proportional Representation is an idea that requires the skills we learn in reception. You need to share. You need to take turns. You need to work nicely with others.

The Conservatives rewrote the rules of the game while Labour was squabbling. The Liberal Democrats and the few brave souls who dare to suggest that progressive politics deserves a roll of the dice will have to be a lot cannier if the idea is to catch on. So far, the Conservatives have had the winning strategy. Now, the centre needs to try its luck.