Three months on from invasion, we visit Ukraine 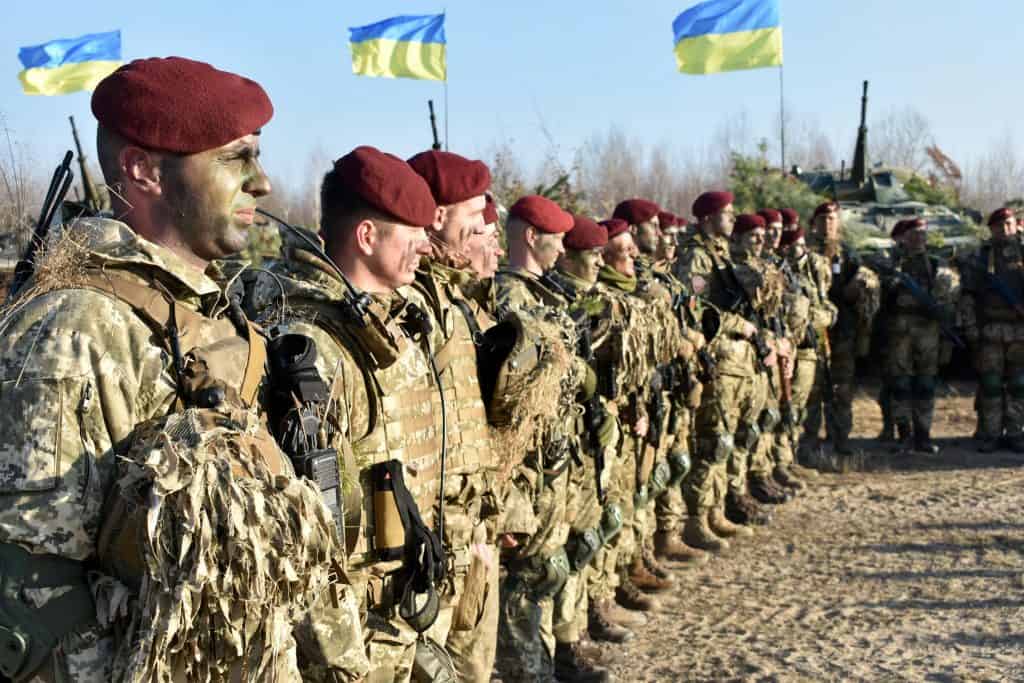 In the Ukrainian resistance, there was a first phase, made up of surprise – President Zelensky confided that he believed until 24 February 2022 that the Russian president would never act – an exodus of families (five million people fled abroad and six million to the west of the country); and a mass uprising of the male population of fighting age.

The second phase was the war of movement: the Russians succeeded in taking Kherson – which guaranteed them the water supply to Crimea- and the entire Azov Sea coast; the Ukrainians succeeded in pushing the invaders back from the north of Kiev to Belarus, then from the east of Kharkiv to Russia.

Now the third phase of the conflict, the war of positions, has begun. The Russian forces, which are seeking to conquer the entirety of the Donetsk and Luhansk oblasts – whose independence it has recognised – are advancing at a snail’s pace, destroying everything in front of them with their artillery. The battle rages around the industrial city of Severodonetsk (110,000 inhabitants before the war), which the Russians are trying to encircle.

The Ukrainian army has lost some ground over the past week in order to spare its troops. It is losing between 50 and 100 soldiers a day in the east of the country, whereas it was only losing about ten a day during the battle of Kiev. It knows that time is on its side, as sophisticated Nato weapons are arriving in large quantities.

The 155mm Caesar guns donated by France, for example, are very popular: they have a range of 40km, whereas the Russian guns only have a range of 30km. But the Ukrainians also know that the lost ground will be very difficult to reconquer. To be effective in an infantry offensive, you have to attack eight to one.

A ceasefire is not for tomorrow. Galvanised by its successes around Kiev and Kharkiv, the Ukrainian government has rejected the Italian proposal for an immediate ceasefire on the current front lines. To stop fighting, it demands a return to the line of contact of 23 February 2022, which the Russians are not ready to accept.

The Ukrainians are therefore preparing for a long war. They have started to move their arms factories westwards to protect them from Russian aircraft. Le Figaro accompanied to Ivano-Frankivsk, at the foot of the Carpathian Mountains, the general manager of the Luch military design office, who will be moving some of his engineers there.

A 1972 graduate of the Kiev Aeronautical Institute, one of the best Soviet engineering schools, Oleg Korostelov has undertaken, since the annexation of Crimea and the 2014 Donbass war, to provide his country with powerful ground-to-sea missiles, capable of repelling possible attacks from the Russian Black Sea fleet.

It was he who designed the famous Neptunes. On 13 April, two of these missiles, fired from a base not far from Odessa, managed to hit the cruiser Moskva after a flight of 130 km at a speed of Mach 0.95. The next day, the flagship of the Russian Black Sea Fleet sank.

Walking around the beautiful artificial lake of Ivano-Frankivsk, one hears the roar of fighter-bombers in the sky every quarter of an hour. “Don’t be afraid, they’re ours,” says a young couple in love. There is a Ukrainian air base and school there. The Russians have been unable to secure control of the Ukrainian sky, which is the basis of modern warfare.

Before going to the Carpathians, Oleg was visiting Warsaw with his friend Sergei Taruta, a deputy in the Ukrainian Rada (the unicameral parliament). Both men were permanently protected by the Polish secret service. A former boss of the giant Azovstal steel plant and former governor of Mariupol (whose defence he successfully organised in the summer of 2014),

Taruta, 66, is an oligarch who does not like to show off, but who is extremely efficient. Founder of an industrial conglomerate in the Donbass, Taruta was worth two billion euros in 2013.

“When the Russians took Crimea and then Donbass from us, I decided to put my country’s interests ahead of those of my group,” he confided to Le Figaro, in between phone calls from ministers of important Nato countries.

Once a political rival of Zelensky’s, Taruta has grown considerably closer to the president as a result of the war. He is now devoting all his energy to getting weapons abroad for Ukraine. One day in Poland, one day in Germany, one day in France, etc. The fact that he has lost 90 per cent of his fortune is of no concern to this healthy former cycling champion.

Naturally optimistic, he exclaims: “Our army is the best; we will very soon drive the Russians out of Donbass, and then Crimea!”

Perhaps more realistically, President Zelensky said that he would succeed in pushing the Russians back to the line of 23 February, but that he would then recover the missing Ukrainian territories through diplomacy.

Ukrainian morale and willingness to defend themselves has never been higher. We drove 1100 km into the interior of the country: not a single village had not built its own bunker, to prevent any possible penetration by paratroopers. Across the vast plains, every crossroads is decorated with the yellow and blue striped flag. In some places, it perfectly reproduces the surrounding landscape of rape fields under a blue sky.

Faced with a shortage of fuel, the inhabitants stand in endless queues at the few service stations that are open. Not a single argument, not a word out of turn. In this country, once plagued by corruption, civic-mindedness seems to be returning. But for how long?

The same gigantic queues of trucks are at the border. Bureaucracy has not lost its rights. We are in a war economy: collecting customs duties has become vital for the state. The hryvnia started to fall against the euro. The Ukrainian currency remained high as long as contracts for the purchase of wheat, barley, soybeans, rapeseed and sunflower oil, paid in advance, were flowing in.

In normal times, Ukrainian agriculture is capable of feeding 400 million people – Egypt was a major buyer, for example. But now there is a delivery problem, as sea transport is no longer possible. In the past, barges of grain went down the Dnieper to the port of Mykolaev. This large river port is now under direct fire from Russian guns. In peacetime, barges were chosen to bypass rail transport, where corruption in the UZ (the local rail operator) was at an all-time high.

Exporting from the port of Odessa? Even in the event of successful Ukrainian demining, this is an unrealistic option today. It would require sea convoys to be forced to pass between Snake Island and the western cape of Crimea, where Russia has deployed missile batteries. It would require the escort of Nato ships.

The latter can no longer enter the Black Sea, after Turkey closed the straits to warships, as it is allowed to do under the Montreux Convention (1936).

The problem is that the warehouses are full, and there will be no more room for the next harvest. The solution was to use rail convoys (Russian gauge) through Ukraine and Belarus to the Lithuanian port of Klaipéda, the former German-speaking territory of Memel. The Belarusian president Lukashenko, who is an ally of Putin, would still have to be convinced.

The Ukrainian authorities are also studying the possibility of trucks to the Romanian port of Constanza, which would take the road along Transnistria and then Moldova.

Another urgent matter for the government in Kiev, faced with the prospect of a long war, is the schooling of children. Schools and universities have been closed since 24 February. Will the new school year start on the whole territory or only in the west? The question has not yet been decided.

Will Ukraine, which has received a great deal of financial support from the United States and the European Union, hold out economically longer than Russia, which has been forbidden by Washington to pay its debts with the dollars it held?

This is a crucial question. The Ukrainians now fear only one thing: that the Americans will one day lose interest in their cause in order to concentrate on their rivalry with China in the Indo-Pacific…