The pressing problem of fish and dogs 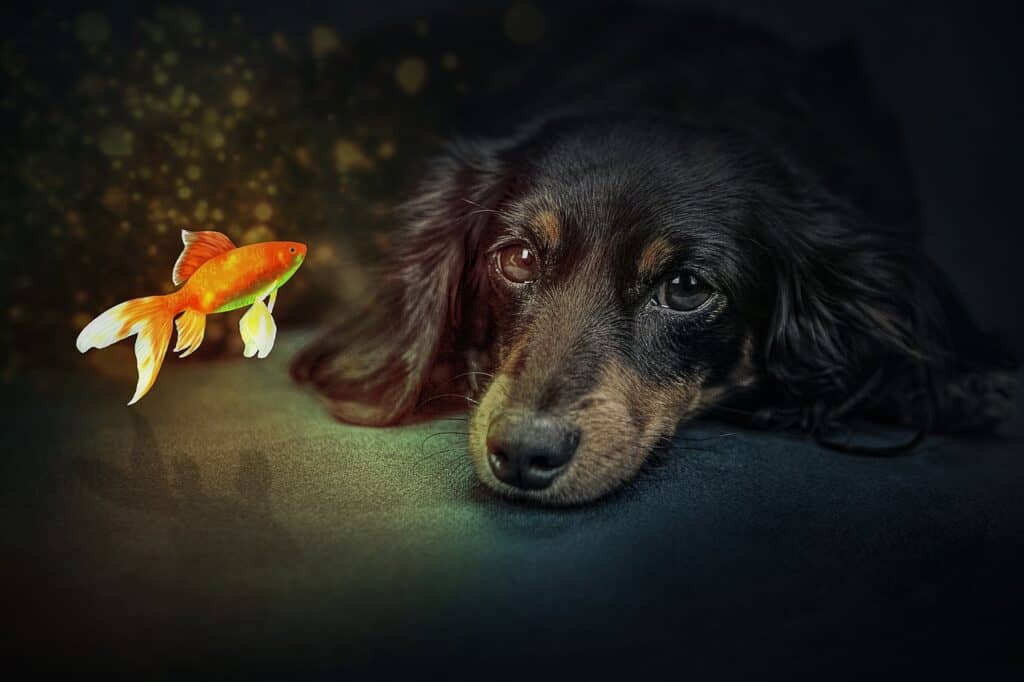 Normally, I like to meander my way to my conclusion in the style of a normal columnist. I lay out my hypothesis and add supporting evidence and some swear words and get around to my conclusion. You, Gentle Reader, are tasked with throwing up your hands and exclaiming: ‘Yee Gads! She’s right again!’.

This time I’m doing it in reverse. If you are in a position of influence and power in the government, what the rest of the world is saying to its domestic audience matters. A lot.

I’m going to give just two examples that are au moment. They concern Fish and Dogs.

In the aftermath of Brexit, if you had read any French newspaper you would have known that fishing rights would be the wave Macron would die on. And it has not got very much to do with fish. It has everything to do with northern France.

Now, I’ll digress to wonder for a second about the parallels between our two nations’ northern provinces and what restive forces do to change political history and still get screwed. We had Arthur Scargill consigning whole regions to ongoing penury instead of engaging in hard diplomacy with Thatcher’s government.

Mining was an economically unproductive and unhealthy industry stumbling to its end while yoked to hundreds of dependent communities. Scargill’s suicide pact with those communities had become a cultural totem both of resentment and a perverse point of pride. It found its expression in 2016.

Now, if I had to guess, I think Macron not only reads our press but our history as well. And I’m telling you that this still has almost nothing to do with fish. It’s grim oop north there too.

What started as fuel duty protests in northern France, became the Gilets Jaune movement. Those protests were disruptive and then destructive and played into the hands of the Front Nacional and the Melenchonistes. As two converging ends of the populist horseshoe of racism, both battled for the hearts and votes of the sans coulottes avec hi viz. They found fertile ground in the depressed regions in the north en route to the ports.

You know what else you’d find if you drove the roads to the ports? Half-starved, desperate refugees and migrants making their way to Calais. You also find the depressed fishing communities, who don’t live in charming hamlets with extra summer income from tourists. These are the less picture postcard places, the processing and canning towns where no one comes to pose for photographs next to the catch.

Melenchon is a spent force and will most likely be forming a pan pipe troupe with Corbyn and McDonnell at a not-working man’s club near you. But Le Pen and now the odious Zemmour are very definitely knocking on the door of the Elysee.

So now we have negotiators led by David Frosty-The-No-Man arguing over fishing quotas and Macron’s people fighting the far right fascists for political supremacy by playing hardball over fishing quotas to publicly demonstrate support for the region. Fish are the medium but the message is macho bona fides and keeping the Gilets Jaune movement in its box.  If Macron loses the battle, France will become Putin’s putain and the EU will be a great deal more vulnerable.

But, you’d know this if you read any French newspapers.

Dogs are a bit more nuanced than fish. Not a sentence you read every day. The confirmation that Pen Farthing, with government assistance, displaced actual human beings on military evacuation flights is the kind of thing that makes you barf in your mouth.

I love dogs. I really do and I can prove it by showing you the ratio of pictures of my obnoxious dachshund on my FaceBook vs. my actual human children. The human beings left behind in Afghanistan are in grave danger if not already dead but those Nowzad dogs wlll be warm and dry this Christmas and waiting with the rest of the ill-thought through lockdown dogs for new homes. So, fuck the female judges and politicians and academics and army translators who can only expect a bullet.

Pen Farthing and his government enabler thought they had read the room. Normally, they would have been right. We’re a nation that prefers animals to children for reasons I’ve never been able to fathom. Now, I’m going to take you to the USA and lots of other people’s obnoxious dogs on FaceBook.

If you have watched American broadcast news over the last two decades when, just coincidentally, the US and UK have been attempting to force Afghanistan back into the family of civilized nations no matter how many times Pakistan dares it to do something stupid, you’ll have seen the dogs.

Got a blank 30 seconds in your D Block? Roll that heartwarming tape of a returning soldier and their dog going mental. It became a staple curative to all the bad news. Stay tuned, nightly news viewers. You won’t believe what this faithful companion does when his military hero owner comes through the door! Spoiler- dog goes mental.

The American public turned against the misadventure in Vietnam when the body bags and broken men came home.  America wanted a happy ending this time and those same videos were picked up by social media algorithms and appeared with relentless regularity in feeds across the political spectrum. Support for Afghanistan was licked to death.

I’m not defending the grotesque and chaotic end to our fight against the Taliban. The simple truth is that it could only have ended with a version of what happened as soon as Trump told the Taliban we were leaving them to it. It was inept and entirely in character. Clearly, we weren’t prepared to carry the can without America.

The grave issue was our genuine shock that America was leaving the field. Did nobody in our defence infrastructure, government or foreign office take a quick gander at the media? If all those opinion polls were beyond their ken, surely a quick watch of a few random news broadcasts should have told them that America saw no benefit to being Canute in a forward firing base and every advantage to giving the country more soldiers coming home. And dogs going mental.

What we learn from both of these examples is that we have become more insular, less influential and smaller in every sense. Our shock at the rapid pull-out from Afghanistan shows how little we were paying attention and how reduced we are in power.

Our disbelief that it was such a popular move on the homefront of our closest ally betrays our ignorance of the cultural currents that made it inevitable. We are telling ourselves a story about fish instead of the more frightening one about fascists. We’re outraged about dogs but avoiding the conversation about our diminished status.

The more we stop caring about how our allies think about themselves and their priorities, the more we return to the package holiday nation demanding chips with everything. Our outrage borne of ignorance does us no credit. So, donnez-vous un journal.