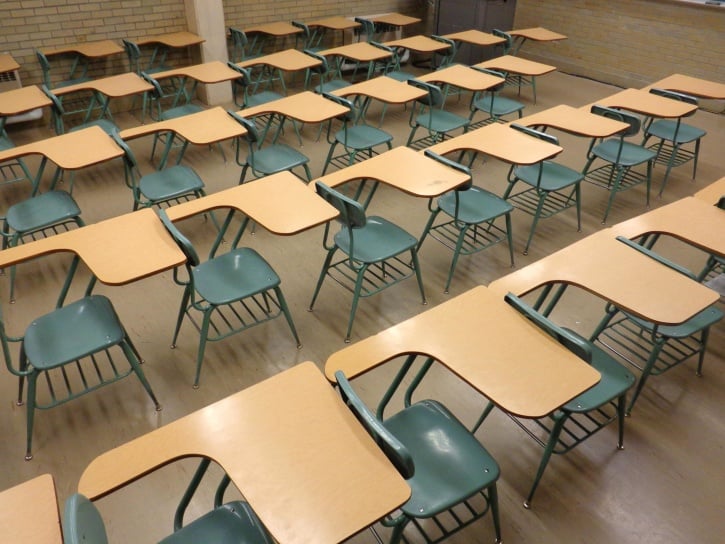 Radix is discussing with the youth organisation Politika whether we might merge – so we hope this contribution, all by young writers from the Politika Writers’ Collaboration, will be the first of many…..

With the upcoming 2020 Presidential election and a rising, expansionist China, this decade seems set to define the future international order. President Donald Trump, on the world stage, has not been your typical President. He’s consistently ripped up the consensus when it comes to the rules of foreign policy: releasing classified info against advice; bragging about killing Al Baghdadi; questioning European commitment to NATO, and killing Iranian government officials.

His re-election in 2020 could redefine American foreign policy beyond leaving office in January 2025, and change the consensus of our international rules-based system.

A rising China is also set to change the international order. We’ve seen only the start in the 2010s with large loans and investment from China in nations across the developing world, resulting in China becoming a massive creditor nation, the basis on which the USA was able to build much of its power on the world stage. A more assertive China has become more apparent in the past decade, and I see no reason as to why that shouldn’t continue.

With growing tension in Hong Kong, and continued militarisation of the South China Sea, the 2020s could easily be the decade that sees China cement full control over its claimed territory (excluding Taiwan for now), and crush dissent in Hong Kong. China’s rise, and likely ascend to superpower status, economically and militarily, in the 2020s. Whether this new bi-polar world leads to direct confrontation, is yet to be seen.

The NHS and healthcare (George Hadjiyiannakis)

The 2010s has seen a relatively tumultuous time for the NHS with initial cuts after the financial crash, changing the way it operates with the 2012 Health and Social Care Act, as well as increasing privatisation of services. Most notably, despite medical advances and significant decreases in the prevalence of smoking, drinking alcohol and other unhealthy behaviour, life expectancy has remained stable this decade, unlike previous decades where we saw consistent increases.

As we look to the 2020s, only one thing is really certain – and that’s change, whether it’s in the way the NHS provides services as we see an increase in the use of technology to provide access, or in how we treat disease with new currently undiscovered treatments arising.

However, despite these inevitable changed, the fundamental issues healthcare faces remain the same: a lack of funding, lack of staffing, increasing prevalence of antibiotic resistance, and a lack of adequate social care.

I cannot predict if we will overcome these challenges, considering the ever-growing ageing population which will only make solving them harder. However, if we don’t, we may be setting ourselves up for a health crisis in the late 2020s or early 2030s such as a flu epidemic, or a collapse of the NHS as we know it.

A future of eco-fascism? (Jacob Taylor)

While we can debate and ponder how geopolitics is going to play out over the coming decade, we need to ensure that there is still a “geo” for those politics. The nightmarish scenes coming out of Australia remind us that we have a very serious, burning question to answer – what will our response to climate change be?

The recent fires in Australia may be drastic but the smell of smoke has long been in our noses. Last year, the Amazon caught ablaze, and the Arctic forests of Siberia have joined in with this cascade of flames.

The far-right has always had a history of being able to blend in with the mainstream opinion, or at least shaping it to meet their narrative. After the economic system collapsed in the 1920s, fascists across the world managed to subvert the tensions and worries of entire continents in order to take control of the fledgling liberal democracies.

By playing with the people, the Nazis were able to convince people of the Lebensraum ideology in which the Germanic people needed a greater living space – itself tied up with a form of Malthusian environmental politics, in which there were too many people in one space for the pure Aryan race to survive.

The eco-fascism of today is tied with national identity, racist ideas of white genocide, and an esoteric love for the early, ‘cleaner’ days of a Europe without African immigration. By bundling this together with environmental concerns – we have the potential of mainstreaming racism as we try to solve climate change.

The fight for the climate is also an ideological battle and the pressure will keep mounting on liberal institutions as the dangers and effects of climate change are more widely felt. This will be a defining decade and we have a choice between destructive and ultimately fatal, eco-fascism or an ecology based on mutual respect, co-operation and goodwill. The next decade will test us all, the planet included.

If there is one key takeaway from the past decade in politics, it is that people want to be the masters of their own destiny. The European Union learnt this the hard way when the United Kingdom voted to leave back in 2016.

Indeed, the UK itself nearly learnt said lesson itself two years earlier when 44.7 per cent of voters backed Scottish independence in a referendum held mostly because of the continued success of the Scottish National Party. This decade will start and end with both unions living on borrowed time.

Allow me to start with the European Union first. Brexit is just the start of the EU’s worries. If we negotiate a good deal and thrive outside of the European Union, it is likely that other countries will seek to emulate us.

On the other hand, you have individuals such as Viktor Orban who are seemingly at odds with everything that the European Union stands for yet his nation continues to remain a member of the club.

The UK faces problems that are just as serious, if not more so. The Scottish National Party may have lost in 2014, but their support has continued to remain high. For how much longer can we justify refusing to give them a second vote, especially in the aftermath of Brexit where they voted to Remain?

It’s not just the Scottish question that will need to be answered though. Support for groups such as Plaid Cymru and YesCymru are evident of a growing desire for independence in Wales. Nationalists in Northern Ireland remain confident that they will see a united Ireland sooner rather than later.

These three independence movements are only the obvious ones. Whispers calling for London independence can be heard, the cries for devolution across the rest of the country in response to perceived “Londoncentrism” can be heard everywhere else. You have to ask yourself, can the UK remain intact when there are so many threats at its doorstep simultaneously. I would suggest yes for now, but not forever.

Both the European Union and United Kingdom are on the verge of crises that will destroy them both. Can they be averted? Probably, but it certainly doesn’t look like they will be.

It took Ancient Britons roughly 1,350 years to go from using bronze tools to using ones made of iron. It took man less time to go from inventing paper to conceptualising zero as a number (about a millennium) than from the inventing the printing press to landing on the moon (529 years).

Technological progress has been a constant throughout human history, and it’s only getting faster and faster. The iPhone was launched in 2007: 13 years later, smartphone technology has completely revolutionised almost everything about modern life. Education, commerce, politics, entertainment and even romance – radically different than anyone could have predicted 25 years ago. There is more computational power in your pocket than was used to transport Armstrong, Aldrin and Collins to the moon.

If that’s what’s gone before, imagine what’s coming up next. Maybe Elon Musk will get electric cars to be as common as their gas-guzzling alternatives. Maybe Messrs Branson or Bezos will unveil commercial space travel. An engineering student no-one has ever heard of could invent some technology that makes climate change a worry of the past. Or a mathematician could break RSA, opening up every transaction on the internet for prying eyes. Perhaps artificial intelligence will become self-aware and unleash hoards of killer robots upon the human race.

I don’t have the faintest idea. The only thing I will say is that the world in 2030 will look a lot different than the world in 2020. So sit back, and enjoy the ride…

Politika is a non-aligned non-profit organisation that believes that more needs to be done to engage young people in politics.