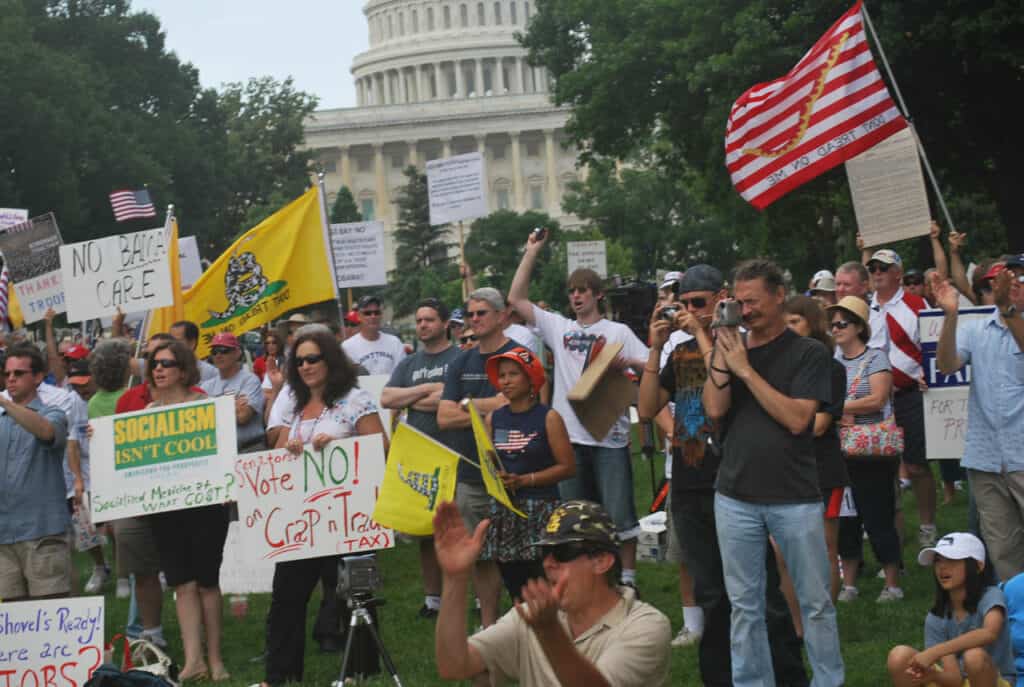 The murder of David Amess has shocked the nation. As did the murder of Jo Cox five years ago.

Or have they? Have things gone so far that we are starting to accept politically motivated violence as par for the course?

I was recently involved in an online discussion where someone posted for comment an article that lionised the criminally violent tactics of some climate campaigners and other environmental activists. The article fell only just short of explicitly calling for widespread ecoterrorism. But that was the implicit message.

What was surprising to me was that when I responded to the post saying that I could not support criminally violent activity whatever the underlying cause, my comments were met with resistance and pushback. Some claimed that significant change cannot happen without violence. The suffragettes and the ANC in South Africa were invoked in support of that argument.

This is dangerous ground. On the one hand, it is true that those in power who benefit from the status quo will do their damnedest to prevent change that might weaken their position. That violence as a method of shaking the tree has always played a role in political life.

On the other hand, we are trying to create a civilised society where different ideas are debated in a civil manner and where change happens through a legitimate electoral process and the peaceful transfer of power. Has the latter really become a false hope? Are we truly ready to accept that life is a Hobbesian war of all against all and that violence is an embedded and inevitable part of the political process? If so, where do we stop?

Was the storming of the US Capitol justified because people honestly believed the election had been stolen? Are we ready to accept terrorism as a legitimate political tool? Do we support the climate change activists whatever they might decide to do because we believe in their cause?

I was recently reading Bernard Crick’s seminal text In Defence of Politics. In it he describes politics as ‘a great and civilising human activity’   He goes on to argue that establishing a functioning political order that recognises different views, different preferences and even different truths marks the birth, or the recognition, of freedom.

And herein lies the rub. Freedom to put forward our own views of the world and how our societies should be organised only exists when we are ready to accept that others have views that are different to our own and have every right to express them and put them forward in the market of political ideas. The great liberal idea that I might disagree with what you say but I will always defend your right to say it.

Yet we have moved far from that principle.

Today’s cultural police are everywhere telling us what we can say and how we can say it. They also wish to police what we think and how we feel. They believe that their views represent the only moral truth and take the view that their kind of censorship is not only fine but essential whereas that of others is oppressive and unacceptable.

They believe that violence in the form of destroying people’s reputations and, as much as possible, their livelihoods is perfectly justified if they are in disagreement with what the cultural police have decided is the only just and moral truth.

Social media has not helped. Initially lauded as giving everyone a voice, it has ended up normalising aggression and, through the creation of self-reinforcing bubbles, closes us off from alternative perspectives.

This social media debacle has been reproduced in our political discourse. Political opponents are demonised. They are not seen as people with alternative views to which they are entitled. Instead they are portrayed as evil, traitors, fascists, or whatever else we can unthinkingly throw at them.

The state of the discourse among our political leadership and the mainstream media is shameful. From judges being labeled enemies of the people because they uphold the law to senior politicians calling their political opponents ‘scum’ to some of our own trustees being subjected to a barrage of abuse because they dare to sit in the same room as those from different political parties, we are sliding into a dreadful abyss.

Have we reached a point where democracy in its true sense is not longer possible because nobody will any longer accept that a central characteristic of the democratic process is that sometimes you lose the argument in the court of public opinion? That the only options are I win or I get mad and am entitled to do whatever I want with my anger?

We saw this during and after the Brexit referendum. Those on the Remain side of the argument to this day refuse to accept one simple fact – they lost. The pointless and divisive battle has become prolonged and seemingly endless. Five years after the referendum result, we are still regaled with why it was all a big mistake and a fraud perpetrated by the other side. Unadulterated pleasure being taken when life is hard for some people because it can conveniently be blamed on ‘their’ Brexit.

Enough already! We lost. Time to accept that that is how democracy works – imperfectly but it’s the best we’ve got.
We have the same dynamic in Scotland where the argument for independence has been wilfully wrapped in anti-English, anti-Conservative party, anti-Boris Johnson rhetoric that is divisive, harmful and dangerous.

Stepping back from the precipice depends on our political leaders and on the media. Enhanced security for MPs may be necessary but it must be recognised for what it is – putting a sticking plaster on a deep and potentially fatal wound.

Until our political leaders on all sides start behaving – in public and in their public rhetoric – with common decency and re-learn respect for the democratic process and the institutions of democracy; until the mainstream media stop believing that spreading hate and division is the most commercially successful strategy; until we all start accepting that diversity of political ideas is the basis of both freedom and progress and that, quite rightly, sometimes our ideas win out and sometimes they do not, then  we will not reverse this rot at the core of our democracies.