The financialisation of nature 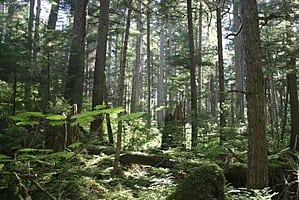 A month before the 2021 United Nations Climate Change Conference (known as COP26) kicked off in Scotland, a new asset class was launched by the New York Stock Exchange that will “open up a new feeding ground for predatory Wall Street banks and financial institutions that will allow them to dominate not just the human economy, but the entire natural world.”

So writes Whitney Webb in an article titled “Wall Street’s Takeover of Nature Advances with Launch of New Asset Class”:

Called a natural asset company, or NAC, the vehicle will allow for the formation of specialized corporations “that hold the rights to the ecosystem services produced on a given chunk of land, services like carbon sequestration or clean water.” These NACs will then maintain, manage and grow the natural assets they commodify, with the end goal of maximizing the aspects of that natural asset that are deemed by the company to be profitable.

The vehicle is allegedly designed to preserve and restore Nature’s assets; but when Wall Street gets involved, profit and exploitation are not far behind. Webb writes:

[E]ven the creators of NACs admit that the ultimate goal is to extract near-infinite profits from the natural processes they seek to quantify and then monetise…. Framed with the lofty talk of ‘sustainability’ and ‘conservation’, media reports on the move in outlets like Fortune couldn’t avoid noting that NACs open the doors to “a new form of sustainable investment” which “has enthralled the likes of BlackRock CEO Larry Fink over the past several years even though there remain big, unanswered questions about it.”

BlackRock is the world’s largest asset manager, with nearly $9.5 trillion under management. That is more than the gross domestic product of every country in the world except the USA and China. BlackRock also runs a massive technology platform that oversees at least $21.6 trillion in assets. It and two other megalithic asset managers, State Street and Vanguard (BlackRock’s largest shareholder), already effectively own much of the world. Adding “natural asset companies” to their portfolios could make them owners of the foundations of all life.

Partnering with the New York Stock Exchange team launching the NAC is the Intrinsic Exchange Group (IEG), major investors in which are the Rockefeller Foundation and the Inter-American Development Bank, notorious for imposing neo-colonialist agendas through debt entrapment. According to IEG’s website:

We are pioneering a new asset class based on natural assets and the mechanism to convert them to financial capital. These assets are essential, making life on earth possible and enjoyable. They include biological systems that provide clean air, water, foods, medicines, a stable climate, human health and societal potential. The potential of this asset class is immense. Nature’s economy is larger than our current industrial economy ….

The immense potential of ‘Nature’s Economy’ is estimated by IEG at $4,000 trillion ($4 quadrillion).

Webb cites researcher and journalist Cory Morningstar, who maintains that one of the aims of creating Nature’s Economy and packaging it via NACs is to drastically advance massive land grab efforts made by Wall Street and the oligarch class in recent years, including those made by Wall Street firms and billionaires like Bill Gates during the Covid crisis.

The land grabs facilitated through the development of NACs, however, will largely target indigenous communities in the developing world. Morningstar observes:

The public launch of NACs strategically preceded the fifteenth meeting of the Conference of the Parties to the Convention on Biological Diversity, the biggest biodiversity conference in a decade. Under the pretext of turning 30 per cent of the globe into “protected areas”, the largest global land grab in history is under way. Built on a foundation of white supremacy, this proposal will displace hundreds of millions, furthering the ongoing genocide of Indigenous peoples.

The land grab of which Morningstar speaks is embodied in a draft agreement called the “Post-2020 Global Biodiversity Framework,” currently being negotiated among the 186 governments that are signatories to the Convention for Biological Diversity.

Part I of its 15th meeting (COP15) closed on October 15, just ahead of COP26 (the 26th UN Climate Change Conference of the Parties) hosted in Glasgow. Part II of COP15 will be held in 2022. The draft text for the COP 15 nature pact includes a core pledge to protect at least 30 per cent of the planet’s land and oceans by 2030.

In September 2020, 128 environmental and human rights NGOs and experts warned that the 30 x 30 plan could result in severe human rights violations and irreversible social harm for some of the world’s poorest people. Based on figures from a paper published in the academic journal Nature, they argued that the new target could displace or dispossess as many as 300 million people. Stephen Corry of Survival International contended:

The call to make 30 per cent of the globe into ‘Protected Areas’ is really a colossal land grab as big as Europe’s colonial era, and it’ll bring as much suffering and death. Let’s not be fooled by the hype from the conservation NGOs and their UN and government funders. This has nothing to do with climate change, protecting biodiversity or avoiding pandemics – in fact it’s more likely to make all of them worse. It’s really all about money, land and resource control, and an all out assault on human diversity. This planned dispossession of hundreds of millions of people risks eradicating human diversity and self-sufficiency – the real keys to our being able to slow climate change and protect biodiversity.

The 30 x 30 target was incorporated in President Biden’s Executive Order on Tackling the Climate Crisis at Home and Abroad dated January 27 2021, which includes at Section 219 “the goal of conserving at least 30 percent of our lands and waters by 2030.”

How that is to be done is not clearly specified, but proponents insist it is not a “land grab”. Critics, however, contend there is no other way to pull it off. Only about 12 per cent of land and water in the USA is now considered to be “in conservation,” including wilderness lands, national parks, national wildlife refuges, state parks, national monuments, and private lands with permanent conservation easements (contracts to surrender a portion of property rights to a land trust or the federal government).

According to environmental expert Dr Bonner Cohen, raising that figure to 30 per cent, adding 600 million acres to the total, “means putting this land and water (mostly land) off limits to any productive use in perpetuity. To accomplish this goal, the federal government will have to buy up – through eminent domain or other pressures on landowners making them ‘willing sellers’ of their property – millions of acres of private land.”

In July 2021, 15 governors wrote to the Biden administration opposing the plan, led by Gov. Pete Ricketts of Nebraska. Ricketts said in a press release:

This requires restricting a land area the size of the State of Nebraska every year, each year, for the next nine years, or in other words a landmass twice the size of Texas by 2030. This goal is especially radical given that the President has no constitutional authority to take action to conserve 30 per cent of the land and water.

The federal government may have no constitutional authority to take the land, but a megalithic private firm such as BlackRock could do it simply by making farmers and local residents an offer they can’t refuse. This ploy has already been demonstrated in the housing market.

According to a survey reported in The Guardian on October 12, nearly 40 per cent of U.S. households are facing serious financial problems, including struggling to afford medical care and food; and 30 per cent of lower income households – those earning under $50,000 per year – said they had lost all their savings during the coronavirus pandemic.

In the first quarter of 2021, 15 per cent of US home sales went to large corporate investors including BlackRock, which beat out families in search of homes just by offering substantially more than the asking price. Sometimes whole neighbourhoods were bought up at once for conversion into rental properties.

BlackRock’s chairman Larry Fink is on the board of the World Economic Forum, which until recently featured a controversial promotional video declaring “You will own nothing, and you’ll be happy.”

We all want a clean environment, and we want to preserve species biodiversity. But that includes human biodiversity – acknowledging the rights of rural landowners and Indigenous peoples, the land’s natural stewards. The greatest threat to the land is not the people living on it but those well-heeled investors who swoop in to buy up the rights to it, financializing the earth for profit.

Not just private property but those public lands and infrastructure once known as “the commons” are now under threat. We face an existential moment in our economic history, in which accumulated private wealth is acquiring carte blanche control of the essentials of life. Whether that juggernaut can be stopped remains to be seen, but the first step in any defensive action is to be aware of the threat at our doorsteps.

This article was first posted under a different title on ScheerPost.

It’s nobody’s fault, but economic growth is no longer possible

How to keep carbon pricing out of the lobbying ‘ditch’

Perpetual growth is an impossible fantasy – even if we wanted it