The Blame Game for what Boris does 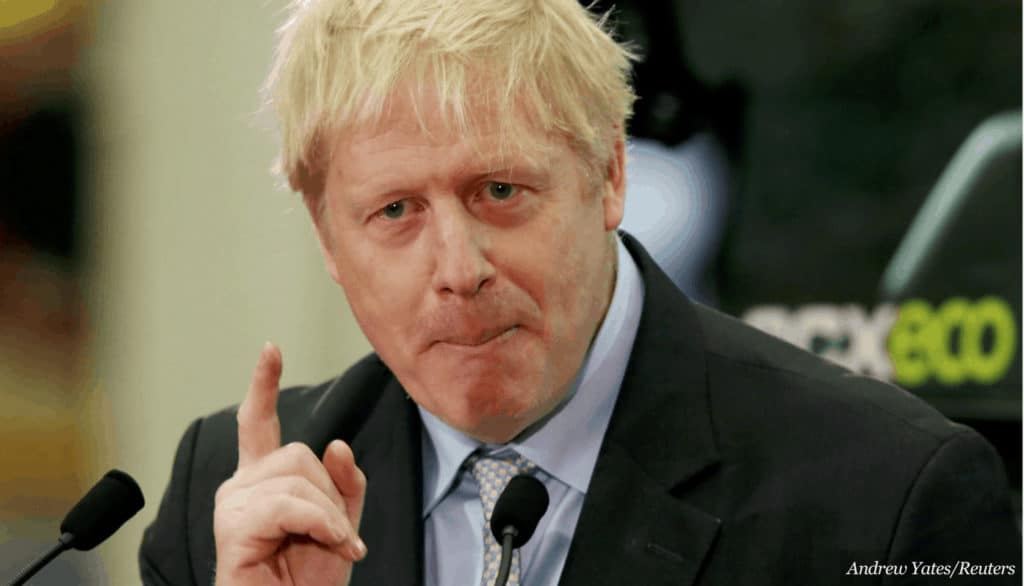 We are now in completely uncharted political waters and anyone who says with confidence that they know what will happen next is either deluded or a charlatan, descriptions that have both been applied to our new Prime Minister in the past fortnight.

For that reason, even his own declarations of ‘do or die’ should be treated with an EU salt mountain of scepticism.

Nevertheless, there are still a few certainties even in these uncertain times: first, politicians do not give up power easily; second, those in power will claim responsibility for anything that goes right; third, anything that goes wrong is someone else’s fault.

Let’s examine these three principles in the context of Boris Johnson’s options and strategy for the way ahead:

Since he was a child, if the profiles are to be believed, Boris Johnson has strived to become ‘king of the world.’  While today Boris has surrounded himself with the truest of true be-leavers, Brexit has never been his holy grail.  Instead, Brexit is merely the latest vehicle for his ascent to the heady heights of British Prime Minister.  Boris, rather than Brexit, will always come first.

For this reason, treat with extreme scepticism those reports that would have him throwing himself under a bus to deliver a no deal Brexit on Halloween.  He is not about to use a general election as a means of suspending Parliament, to prevent it from stopping Brexit.

To do so, would ensure that the election took place in very inauspicious circumstances for Boris:  even Dominic Raab now publicly accepts the likelihood for “some disruption” (aka. utter chaos) in the case of a no deal Brexit, hardly the best circumstances in which defend this policy at an election.

But post-Brecon with a Parliamentary majority of one, an election is coming.  So the question is not “general election or not”, but quite simply, how does Boris give himself the best chance to win it.

On the second principle of politicians, Boris has to sound more Brexit than the Brexit party and already appears to be successfully stealing their thunder.  To this pitch he has coupled major spending commitments for the NHS and more bobbies on the beat.

This is the ‘success’ to which Boris will aim to lay claim going into an election, and hang the deficit.  You don’t need Cummings to be a Machivelli to see this.

But perversely, Boris doesn’t want to be the one responsible for calling the election he needs to give himself a majority, as that would mean he was the one risking Brexit.  Instead, he wants to goad his enemies into calling one for him.

That means going full-steam ahead with no deal and waiting to be stopped.

Which brings me to principle three: who takes the blame?  Boris’ public statements about leaving on the 31 October have been pretty unequivocal, but if MPs were to thwart the will of the people by adopting allegedly unconstitutional devices and Parliamentary shenanigans to block our great leader’s promises, whose fault would it be then?  Then Boris would be off the hook: the Corbynistas and the Remoaners could be blamed and Cummings could fight an election in terms of who governs Britain (defends the NHS and fights crime) – the people or the politicians?

It would be enough to enrage the true be-leavers and maybe even tickle a few others.  As a result Boris would hope to put together a coalition of a little over a third of the electorate against a split opposition, which would probably suffice to deliver Boris a significantly increased majority with which he can do whatever he likes.

Boris isn’t interested in a no deal Brexit which would severely damage his legacy. He cares only about how to deliver himself a proper working majority.  That is why we are now engaged in the Parliamentary equivalent of Brer Rabbit’s taunt not to be thrown in the brier-patch.

And public-spirited public servants such as Dominic Grieve who care more about Britain’s economic future and its hard working people than their own legacies will have no choice but to oblige.  It’s all about taking the blame.