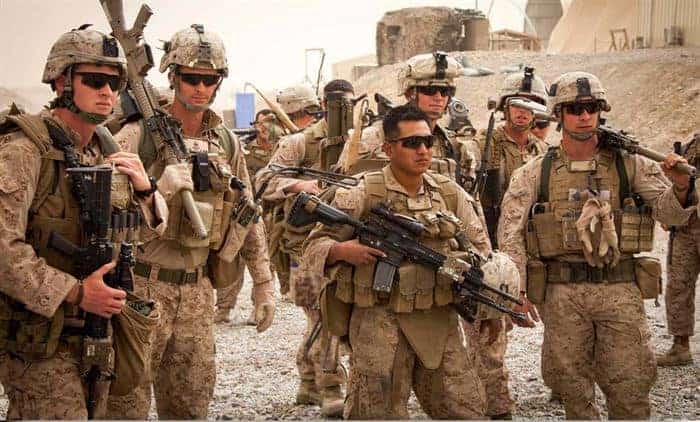 There has been a lot of hand wringing about Trump giving up the USA’s leading role guaranteeing the global world order and abandoning the rules-based system which it created.

Yet, even a superficial look at post-war history reveals that a lot of our current global security concerns were caused by the short-sighted foreign policy of the USA and the USA has often ridden roughshod over the rules-based order it created whenever it suited the USA.

Many countries, we Europeans and Japan in particular, have freeloaded off the USA’s military spending, but it is now time for us to shed USA hegemony and rise up to our responsibilities, not that our record has been great either.

After World War II, Europe lay in tatters, with USA being the remaining guarantor of western security. Like all hegemons before it, the USA kept a Pax Americana and in doing so did a lot of bad things to a lot of people. This is a function of having power and, compared to its predecessors such as the British Empire or the Romans, the USA was pretty benign.

In that context, I will give examples of some of the sometimes short sighted, sometimes stupid or sometimes evil things that the USA has done. But we live in a totally different world to 1946: the combined European economy is approximately the same size as USAs, as is China’s. Russia, America’s old foe, is still a significant military power, but is a feeble economic power – Russia’s economy as about the same size as Spain’s.

In allowing USA to take on the world’s problems and mess them up, it is as much our own European fault. We cannot hide behind USA’s coat-tail pretending that none of this has anything to do with us.

Take Iran for example. In the 1950s, the democratically elected Prime Minister Mohammad Mossaddegh was overthrown in a CIA backed coup, and replaced by the US-backed Shah who ran a corrupt regime with one of the world’s worst human rights record, whose main achievement was to unite disparate opposition groups in overthrowing the regime, out of which, unfortunately, the mullahs came out on top.

Zbigniew Brezezinski, Jimmy Carter’s national security advisor, boasted that he duped the Soviet Union into invading Afghanistan and then bogged them down in a long war against the insurgent Mujahedeen – great idea! To achieve this, the USA gave billions of dollars of arms and training to the Mujahadeen; encouraging Madrassas to supply ground troops, funded by Saudis and run by Pakistan’s intelligence agency – that is a murderous Pakistan dictatorship which had overthrown a democratic civilian one with the backing, of course, of the CIA.

Unfortunately, these Madrassas created religious fanatics which ultimately morphed into the Taliban and Al Qaeda. Islamic State was created when the future leaders of that organisation met in a US prison in Iraq after the illegal US invasion.

The kingdom of Saudi Arabia is another illegitimate regime fully backed by the Americans, the home of most of the 9-11 bombers, and the exporters of a fanatical form of Islam which Al Qaeda and Islamic State favour. USA’a closest ally Saudi Arabia is, as I write, attacking the port of Hudayah, putting at risk a quarter of a million people (according to aid agencies) to save them from the perfidious Iranians.

The USA “won” the cold war and liberated Eastern Europe from cruel domination by the Soviet Union. There was a unique opportunity to help Russia, but instead it tried to humiliate Russia and mis-advised them based on ideology to move immediately to an extreme form of capitalism, which ended in chaos out of which came Putin.

Most of USA’s enemies and threats to world order are a result of stupid, amoral and myopic USA foreign policy.

There is more – far more. For example, I have just watched the fantastic documentary by Ken Burns and Lynn Novick on the Vietnam war – a totally unnecessary conflict in which over a million Vietnamese perished, overseen by unbelievable cynicism and lies – of the US leaders of the time. Can anyone watch this and say that the USA has been benignly running the global order, keeping the peace and obeying their own rules?

Meanwhile, under the Monroe doctrine, the USA considered the Americas its own sphere influence. Under this benign presence, the US government supported a rogues gallery of some of the worst and most corrupt military dictators the world has ever known, far worse than their Russian-backed Eastern European counterparts. Any popular movements that tried to help the poor and right some of the horrendous inequalities in these countries were rapidly branded communists and had the full weight of the CIA crush them.

Now Europe’s record on international affairs is nothing to be proud of either. This is the continent that brought us the West Indian slave trade, the Opium War, the extermination of the Herero and the Tasmanian Aborigines and the Horror of the Belgian Congo.

Europe’s post war record has not been great either: the colonial wars in Algeria, Kenya and Vietnam, the UK’s performance as the lapdog of the USA. We had Suez, the disastrous intervention in Libya, and President Mitterand supporting the genocide in Rwanda simply because the murderers spoke French.

So I cannot be too harsh on the USA because I am British and European, and we have been at least as stupid, amoral and myopic. Britain has normally uncritically sided with the USA, or sometimes meekly not stood up to it (as in the case of the Vietnam). Other European countries – that is you, Germany – have benefited from the USA guaranteeing its security.

Behind every fake Trump news, there is a grain of truth, and – because he is so unambiguously rotten – this presents an opportunity. Trump is not an aberration: he was voted in by the American people in a (reasonably) fair election. The USA is no longer a reliable global policeman, and it probably never was. Europe is no longer an enfeebled war-ravaged wreck. It is Europe’s responsibility and duty to leave NATO, set up a credible alternative defence capability and strategy, including a great deal of cyber capabilities.

I have strong reservations over the benevolence or competence of Europe and power always breeds corruption, or at least arrogance and self-righteousness, but there are areas of hope. We will at least be a bulwark to the USA and hence we will constrain each other. Europeans are generally more outward looking and international than Americans, so the actions of our governments should fall under more public scrutiny.

Most European countries have been humiliated at some time in their past, which hopefully has caused us some humility – unlike the USA (although I am not so confident on this one – we are the home to Tony Blair, still the world champion of hubris) is unlikely we could do as bad a job as the USA, so anything should be an improvement.

But, when threatened with darkness, chaos, craziness and stupidity, you really have to stand up and be counted.