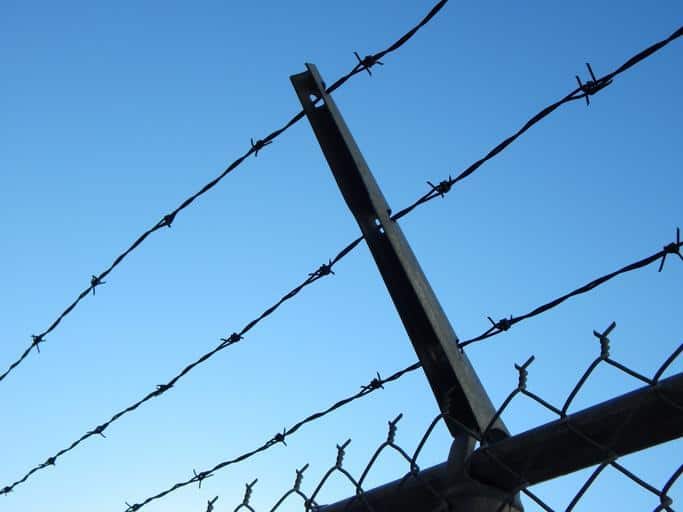 On the border between Mexico and the United States, human traffickers have adapted, with their characteristic cynicism, to the new administrative situation prevailing in Washington.

Joe Biden has retained the Title 42 health directive issued by his predecessor, which allows US border guards to immediately deport illegal border crossers. But he made an exception for unaccompanied minors. So we saw traffickers – caught on a surveillance camera at night – throwing children over a 4.2-metre high border wall. Many are injured in the fall, but are still later treated by border guards.

The election of Joe Biden, a candidate who had been a vocal critic of Trump’s inflexibility on migration and denigrated his plan for a wall running the length of the border, has created a huge draught for migrants. Especially for those from Central America fleeing poverty, natural disasters and gang violence. The traffickers made these families believe that Biden’s Democratic America would welcome them with open arms, while its laws have not changed. The 46th President of the United States has just publicly called on migrants to stay home and file immigration applications through legal channels.

Despite this, they continue to rush to the US border, which they see as an El Dorado. As of February 2021, border guards have apprehended 170,000 illegal migrants. Alejandro Mayorkas, Biden’s interior minister, warned that if the trend continued, America would face the worst migration crisis in its history. These migrants, all of whom are Christians, do not bring with them any terrorist threat. Yet the approval rate among the American population for Biden’s migration policy has fallen to 34 per cent.

The Republicans are planning to exploit this drop in the November 2022 mid-term elections in order to win back the House of Representatives (where they have lost their majority of 5 out of 435 seats). In American political history, illegal immigration has always been an electorally appealing issue.

Most of today’s illegal migrants come from the so-called Northern Triangle of Central America, namely El Salvador, Honduras and Guatemala. These are three failed states, with a combined population of over 35 million people, where governments now only effectively control their capitals. The rest of the territory is dominated by the maras. These are armed gangs whose violence is on a par with the Calabrian mafia.

Racket and extortion from companies and businesses, drug trafficking and human trafficking are the main activities of the 100,000 mareros terrorising Central America, who also have 30,000 correspondents living in the United States. Even more than prostitution or drugs, human trafficking has become the most lucrative illicit activity everywhere on the planet.

Joe Biden is well aware that he will achieve nothing by treating only the symptoms of the crisis. How do we address the causes? How do you keep the people of Central America at home? When he was Obama’s vice president, Joe Biden was in charge of the problem. He made several trips to Central America and implemented a two-year, $1 billion aid package for the Northern Triangle, which Congress passed in the summer of 2015. This worked somewhat in El Salvador, which saw a drop in the number of departures to the US border. In Honduras and Guatemala, however, the number of would-be illegal immigrants has continued to rise.

Today, the Biden administration is considering a four billion dollar aid package for this problematic region. But how do we prevent the aid money from being siphoned off by corrupt governments, by the maras, or by both? How do we make sure that the rule of law finally takes hold in these countries that were once called “banana republics”? Security is the most precious commodity that a state can give to its people.

At independence in 1959, Singapore was also a miserable country. But Lee Kuan Yew, the visionary prime minister who ruled the island until 1990, understood that priority investment in safety, education, housing and health for the working classes was needed to provide a quality workforce for international investors.

Will Joe Biden be able to bring about a new Lee Kuan Yew in Central America? That’s a much harder task than getting a few billion dollars more from Congress…