Prepare for the first great electoral battle with the souvrainists 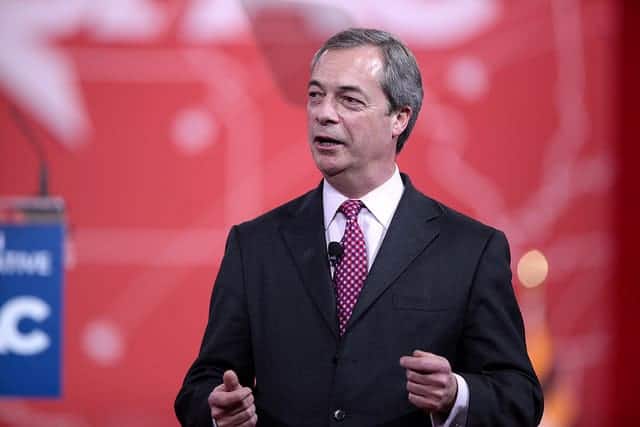 Next Spring, European citizens will vote for the new European Parliament. There are many reasons to believe that 2019 elections will be the most significant in EU’s history.

This pivotal political struggle will take place between the neo-nationalist wave (in the disguise of the so-called souverainism) and the conservative establishment, which includes the once-socialists and the post-libertarians who have both lost their peculiar incompatible identities.

What will be missing is a progressive position calling for an enhancement of the EU based on a new political covenant. A European federation and federal states could be the alternative to the anti-EU souvrainism and the pro-EU blind conservatism. Regardless of their political platforms, these two political groups share a common crucial principle: they only consider national states and refuse any authentic federalist approach.

Usually, the participation rate in EU elections is low in all states, with the voters’ main focus on domestic issues. This time, we must certainly vote for the future of Europe for the following reasons.

First, in all countries it is mandatory to adopt a proportional system to assign the parliamentary seats. Consequently, the result will be a weighted representation of citizens’ opinions about the future of Europe.

Second, notwithstanding the never-ending complaining, today’s EU institutions heavily influence the domestic policies of each member state as never before – to the extent, that for the most compelling problems, everyone calls and bargains for European solutions.

Last, a European souverainist front is rising in several member states (UKIP, Front Nationale, Lega, AFD and more). It has the chance to become majoritarian and to invert the route toward more European integration which has unceasingly moved forward in the last seventy years.

Admittedly, the souverainist front lacks a sound and well-defined cultural basis. It uses a language inspired by a nostalgic and superficial return to the old post-WWI or WWII settlement which no longer represents the economic and cultural reality.

Nonetheless, the souverainists’ success derives from their forthright uttering the goal of a Europe meant as a sum of traditional national states. The less educated electorate easily understands their rhetorical language based on an old geopolitical perception, even if the souvrainists’ idea is backward and does not fit in the current European shared lifestyles.

The souveranist front is strong because it directly challenges the faulty European institutions which are obsolete and overburdened by self-referential and hypertrophic bureaucracies.

They send a clear message and, though it is based on a worn language and nostalgic nationalism, they brilliantly link it to new issues. Certainly, they disown some of the inalienable principles of civilisation and culture and are fascinated by a naïve barbarian cult of strength as well as an illusory purity of uncomplicatedness.

This populist phenomenon, now widespread in all Western culture, cannot be discarded as just people’s stupidity, temporary mass madness or political instrumentalisation, because it is entrenched in psychology and in a social structure that cannot be analysed with old paradigms.

The problem is that nobody is opposing the souvrainists with another vision which is radical, but one that is more civil and accomplished. The only opposition to the souvrainists comes from the old establishment which pursues tactical victories [see Macron] without an earnest platform for renovation.

While the souvrainists’ voice gets louder and louder, the supporters of a European federation in a united Europe are reluctant to advance politically appealing proposals. The autonomist and federalist claims in major states are repressed.

While the souvrainists flaunt the nightmare of an invasion of foreigners and obscure financial conspiracy, nobody vehemently advances the goal of federal states in a federal Europe. A federal Europe that can be re-founded starting from the grassroots, be governed by active citizens and be inspired by the subsidiarity principle. A Europe emerging from municipalities and developed in regions (states) and founded on a European shared sense of belonging.

On the contrary, against the new souvrainism, which resurrects phony nationalisms and nineteen hundred ideologies, the EU establishment’s ‘reaction’ (sic!) is nothing but offering the same state centralism, though shifted at the European level, thus even more distant from the citizens.

EU bureaucrats and conservative politicians do not realise that the souvranists’ success depends fully on the exaggerated power of the states, which monopolises and centralises most of European policies.

The souvrainists’ success is a consequence of having forgotten the principle of subsidiarity which the EU founders vowed as a non-negotiable principle. The barbarian and backward souvranism prospers because the citizens are kept apart from local and regional institutions in an EU which relates only to national states.

There are not yet viable or well-elaborated proposals for a new EU. Moreover, we need to understand the real reasons of the souvrainists’ success instead of opposing a blind strength, which, by the way, is becoming weaker and weaker.