Posture politics and what it has done for housing 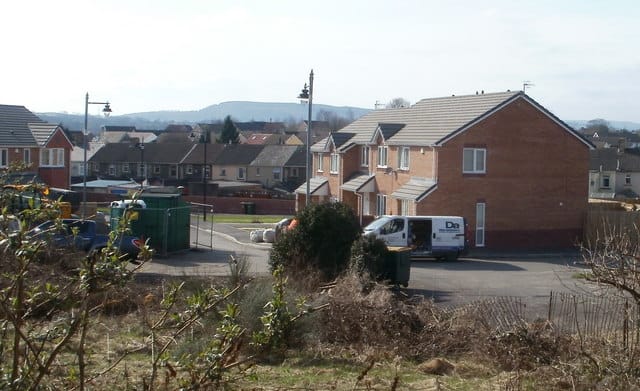 As we enter the final weeks of the election, the latest numbers from the housing sector do not make for pretty reading. Britain’s housing market remains firmly dead, as Brexit uncertainty deters people from buying their first home, or moving house.

That was the message from the Nationwide Building Society. They said that whilst house price growth picked up a little in November, it remained relatively subdued at 1.9 per cent, up from 1.6 per cent the previous month. “Looking forward, much will depend on how broader economic conditions evolve. In the near term, the squeeze on household budgets and the uncertain economic outlook is likely to continue to dampen demand,” said their chief economist.

Arguably, this should be encouraging for first-time buyers, but only those that have the financial resources and confidence to jump onto the housing ladder. Yet against this backdrop of a zombie market, there is still a housing shortage and – in addition to new homes – we are going to need to build the roads, surgeries, schools and car parking to accompany any housing strategy.

There is no commitment to solving this issue from either the left or the right of the political spectrum, whatever they may say in their election manifestos.

For instance, whilst Boris Johnson was trying to pick himself out of his self-created Brexit ditch and melt down his moribund Brexit 50 pence piece, his short-lived housing secretary, Esther McVey, was talking about the Tory commitment to housing.

Lorraine Kelly, the unassuming, cuddly host of morning TV was bizarrely  first to publically highlight Esther McVey’s shortcomings during the Tory leadership elections and how prescient Ms Kelly turned out to be. She may not have the political insight of a Laura Kuenssberg but, when asked about her ex-work colleague, Esther, she rolled her eyes knowingly and quietly slipped a verbal dagger into her chances.

Ms McVey was one minister in the now defunct Tory government who was accused of not being on top of her brief.  She has been noticeably absent from the airways during the campaign.

Personally, I was prepared to give her the benefit of the doubt but, in a bizarre contribution to the last Tory Party conference, she produced much hilarity by inventing a new profession, which she termed “3D architects” and arguing in the same conference speech that computer technology would be the answer to the housing shortage – as though the laptop was a new invention.

She ended up being ridiculed by architects from all over the UK who took to social media sarcastically to thank her for the insightful speech.

It was soundbite politics from a woman more used to delivering 30 second pieces to camera than solving what is a national scandal. At least 320,000 people were recorded as homeless in Britain last year, an analysis from housing charity Shelter suggests.

So on one hand we have the equivalent of the population of Reading without a roof over their heads and on the other we have a minister whose only qualification to be appointed to help solve that issue is that she ardently supported Brexit.

Whoever enters government next, there needs to be a radical re-think on housing provision, method of construction, finance, planning and associated infrastructure. On this issue, the days of posture politics need to be consigned to the same bin as the Boris’s Brexit 50p coin.