People get cross – even in laid back Holland 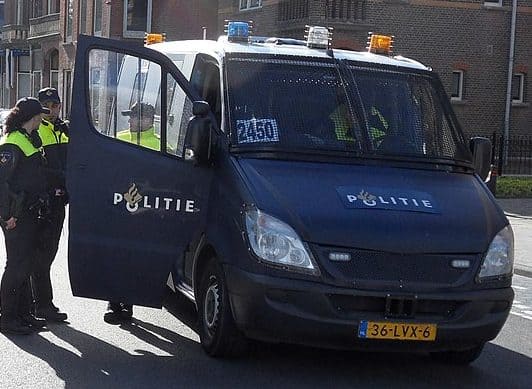 A couple of days ago, I received a message from a friend in the UK: “Astonishing scenes from Holland – this is not the picture most of us have of happy, friendly, laid back, Holland…”

Of course national stereotypes all have degrees of truths and oodles of embellishment. But it is generally true that the Netherlands is generally a calm, consensus driven, non-confrontational culture focused more on doing business than on political jousting. So what’s going on?

In Amsterdam, protest central is about 100 yards from where we live. The helicopters hovering above are a good indicator that something is happening. The mounted police ride past, big guys and gals atop huge horses (the Dutch are the tallest people in the world on average and even the pigeons seem outsized here). The protests in Amsterdam seemed relatively mild compared to other in places like Eindhoven. Still, this is the Netherlands. What’s going on?

The Netherlands is a liberal country and people don’t take kindly to the government telling them what to do and what not to do. Lockdowns have generally been light touch throughout the pandemic. They called them ‘intelligent lockdowns’.

In the first lockdown in March, the government made its first mistake – it decided to shut down the coffee shops that sell weed. An immediate public outcry resulted in a policy U-turn within 24 hours. All else seemed to work. Cases were high but manageable. Hospital capacity was supplemented by shipping people to German hospitals when capacity was strained.

Now come a confluence of events that led to emotions boiling over.
This current wave has been much more severe, as almost everywhere else and the lockdowns are consequently also more severe.

A major government scandal involving the tax authorities, over many years, demanding huge payments from 20,000 of the poorest households blew up. The government tendered its resignation. But this was seen as a hollow exercise. Elections are due in March and a resignation now with the same people forming an interim government is no more than symbolic.

People started demanding that Prime Minister Rutte follow the leader of the Labour Party in resigning from parliament and vowing not to stand again in the coming election. Rutte smilingly refused to do so. Public confidence in the government plummeted and protests demanding Rutte’s resignation started.

Then came the vaccines. The Netherlands, uncharacteristically, has made a hash of it. It is bottom of the European heap in getting its vaccination programme off the ground. It’s not quite clear why, but some say that the country prepared for the AstraZeneca vaccine but not for the cold storage logistics necessary for the Pfizer/BioNtech product. Further resentment and bad press.

For those of us used to the aggressive rough and tumble of UK politics and the UK press, the Dutch health minister’s reaction to criticism of the vaccine mess came across as rather cute: “I do think that some of the criticism we are getting is a little bit harsh.”

Then came the final spark that ignited the accumulated tinder – the government imposed a nighttime curfew from 9pm to 4.30am (it took hours of parliamentary debate to decide whether the curfew should start at 8.30 or at 9).

The protests are the result of grievances accumulated over a period of many months. Not least is the economic hardship that has hit many in spite of generous government support. Some have reported that while most of the protestors are peaceful, many of those who turn violent come from the most deprived communities where conditions must be pretty bad during this pandemic.

As always, policing these protests is a delicate dance between controlling the violence and not being seen to be too heavy handed. Getting that right is a challenge. But the sight of convoys of buses ferrying people who have been arrested is not what most Dutch people are used to.

Are there any lessons to be learned? I guess for me, all this shows just how quickly public authorities can lose the confidence and support of the population. As always, it’s never a single event but rather a confluence of multiple events that end up hitting at the same time and igniting the fire.

Yes, it happen s- even in happy, friendly, laid back Holland.