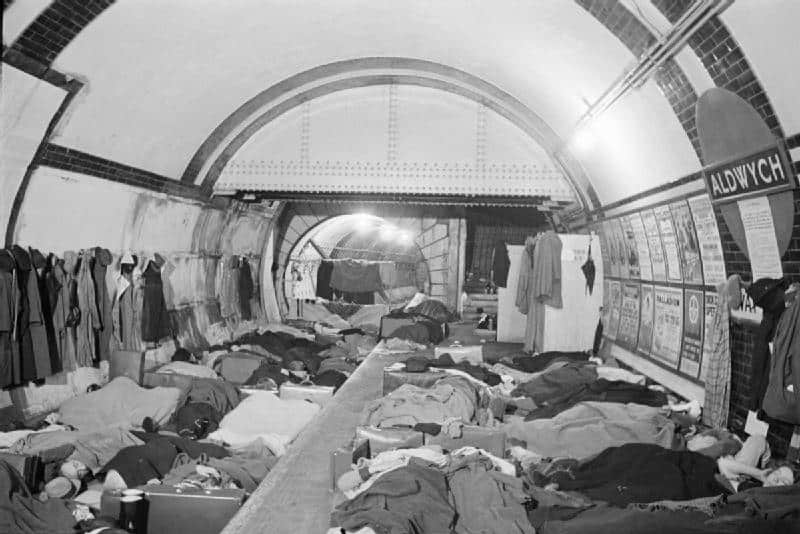 “The British people are prepared if necessary to be blown to atomic dust.”

So said Sir Alec Douglas-Home when he was prime minister. There are so many things wrong with that statement – yet it is also a quintessentially patrician and British way of putting it.

Who are ‘the British People’ described here? Did he mean you and me? Because I don’t remember ever consenting to being blown to atomic dust.

Even worse, it was said by a man whose class probably meant that, personally, he would be inside a government bunker – probably in a regional seat of government under the Chilterns.

Now, I have no idea as an ordinary citizen how much this ancient emergency system is still working. I remember, when I was training as a journalist at Harlow Technical College in 1981, we were all shown around the nuclear bunker underneath Essex County Council. And many of us – especially for some reason the women trainees – were so cross about it, that I felt it would never be repeated.

What annoyed them was not so much the silly messages, left behind after their most recent exercise – one said: “AUTHORISE RELEASE OF 200 CREAM BUNS: POLICE ESCORT” – it was the sense that we were being tricked into the idea that we could survive and fight a nuclear war.

When I was a reporter in Oxford in the early 1980s, there was a room in the basement of the town hall which was supposed to be where they would manage the city from after a nuclear attack. Inside were two telephones, a map and a set of instructions which said: “What to do in the event of a nuclear attack on Oxford – No. 1: Make tea”.

This was good advice. But really the room was mainly used to keep bicycles in.

Since the end of the cold war in 1989, our own government has – rightly or wrongly – neglected these kind of precautions. So now, with a kind of proxy war happening against Russia, with Boris Johnson popping over to Kiev whenever he can and the Russian foreign minister threatening this country most weeks, I don’t believe this is good enough.

The government can’t have it both ways after all. Either Putin is sane and sensible, in which case, why has he invaded Ukraine, so disastrously? Or he isn’t, in which case I’m not reassured by defence secretary Ben Wallace and his blithe dismissal of the risk: “We are part of a Nato partnership of 30 nations who outgun him, outnumber him and have potentially all the capabilities at our disposal. I don’t fear him, and I think we should be very grateful in this country that we have a nuclear deterrent.”

What happens if Putin is as crazed and illogical as we fear?

Of course there need to be consequences for Putin for all he is doing – and there will be – but, if we are going to take the risk of standing up to him, then our government must put some resources behind protecting us all.

My prediction is that, if the conflict in Ukraine carries on for years – as Liz Truss suggests it will – then these issues will increasingly rise up the agenda here.

But what can we do about it – if nothing else because it beats sleepless nights worrying about whether the UK will be there in the morning?

First, I think we need to put money into civil defence again, so that we know we are not just protected by the fantasies of the current cabinet. In the second world war, there was a powerful political campaign for deep shelters for the urban population. We need something similar now.

Second, it is time to devolve resources for keeping people safe as far as they will go – to voluntary groups that may already exist, like Neighbourhood Watch or the new local welfare groups that emerged during the lockdown.

“FIFA and UEFA suspended Russian soccer teams from competing. A university in Milan cancelled (and then reinstated) a course on Dostoevsky. The International Cat Federation banned Russian-bred cats from competition. This, of course, in addition to blocking Apple Pay and Google Pay from ordinary Russians connected to sanctioned banks….“

Where, you might ask, are the British dissidents? Like Noam Chomsky or Chris Hedges in the USA  – people who discern the opportunity now being seized by a few washed-up cold war warriors and arms dealers who are keen to prolong the crisis? I don’t know, but we need a few of them now…