‘Nothing ever happens, nothing happens at all’? 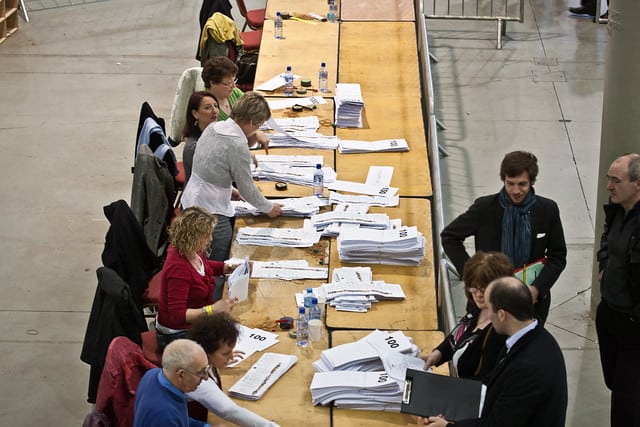 It is, I suppose, the job of the journalist – tabloid and broadsheet – to find hyperbole in the mundane.

The recent local elections did not “confirm the Tories worst fears.”  They were not “dismal” or “eye-catching” nor really – even allowing for Northern Ireland – “historic”.

The governing party lost about a quarter of the seats they were contesting.  That’s pretty much par for the course.  They slipped five percent behind the Opposition in the national share of the vote, which is nothing out of the ordinary in mid-term elections and perfectly recoverable.

The Lib Dems did well enough to suggest that they might threaten the Conservatives in the South once again, but it’s a fool’s errand to extrapolate from local to national elections where they are concerned.  The Greens more than doubled their number of councillors moving them into a position to challenge in Parliamentary terms in, well, probably next to nowhere.

Meanwhile the SNP remain solidly in charge of pretty much the whole of Scotland, with only the voice of opposition revolving.

Even in Northern Ireland, where the victory of the pro-united Ireland, Sinn Féin, might superficially deserve the moniker “historic”, the headline doesn’t match the reality. It is largely reflection of the divisions in the unionist vote that allowed Sinn Féin through the middle rather than a significant shift towards nationalism amongst Northern Ireland’s electorate overall.

As such, it actually says very little about the outcome of any future border poll and the swapping over of potential First and Deputy First Minister roles is anyway solely symbolic. Indeed, were I to search for lasting meaning in the Northern Ireland results, it would be more in the outstanding performance of the cross-community Alliance party, which does suggest a significant and hopefully lasting shift to a less sectarian society.

So, the sound and fury of the media regarding these elections signifies very little.  And yet the challenges we face today – of met by real political change – would more than justify a response in line with the headline writers’ exaggerations.

I have just been listening to a BBC Radio 4 series called Places that Changed the World.  It was recorded in 2005 and reflects on the establishment of the United Nations, the Bretton Woods agreement, which led to the creation of the IMF and the World Bank, and the Yalta conference.

The series is extraordinarily prescient in discussing how these post-war agreements that shaped the second half of the 20th century are ill-equipped to respond to the post-cold war era, globalisation, climate crisis, the rise of China, and many of the others challenges which were just then – even before the financial crash – beginning to poke their heads over the parapet.

Yet, even while being aware of the scale of such challenges, here we are, fifteen years later, and it is hard to identify a single significant shift in such institutions.

Meanwhile, the list of bills likely to appear in today’s Queen’s Speech – while generally but far from universally welcome – appears micro in the face of a world that is changing faster than we could ever have imagined.

The words of Del Amitri’s most famous song “nothing ever happens, nothing happens at all. The needle returns to the start of the song and we all sing along like before” are as anachronistic as the institutions on which we are all now reliant, and their responses therefore as irrelevantly unfit for the challenges we face as an old scratched record.

This is instead a time for new voices, radical ideas, systemic change: locally, nationally and internationally.  Radix Big Tent will at least seek to be a platform for more appropriate responses. Please join the debate