Merkel’s End – what now for the Radical Centre in Germany? 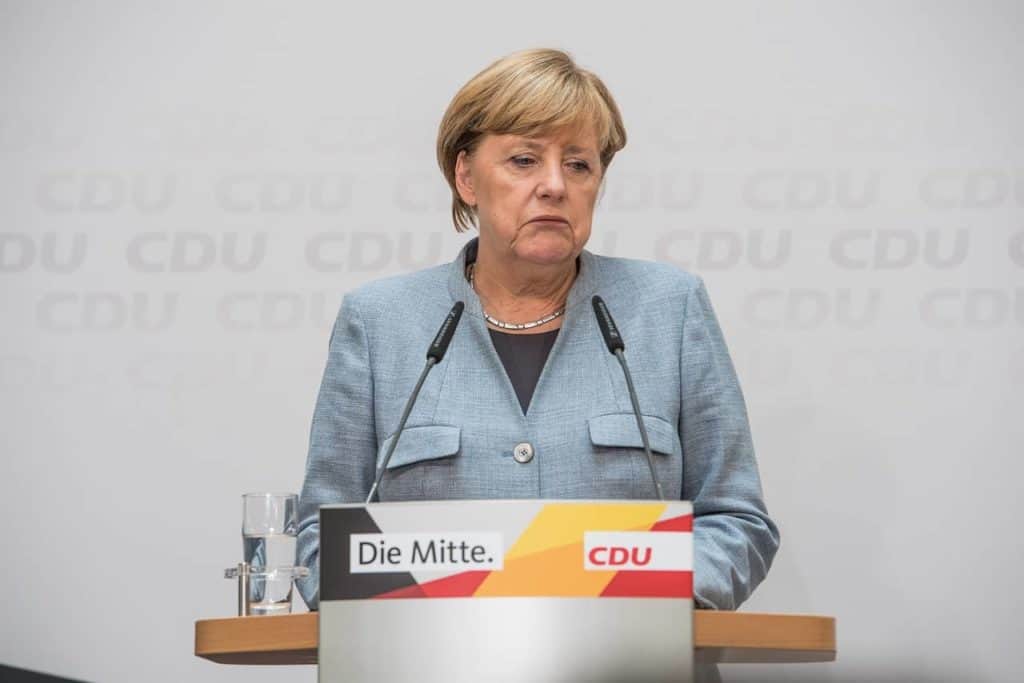 Ongoing tensions in the federal coalition, the disastrous showing for the CDU’s sister party in Bavaria, the CSU, in the Bavarian elections and now a deeply disappointing result for the CDU in the important state of Hessen (which includes the economic powerhouse of Frankfurt) – all these have finally claimed the scalp all expected they might claim.

Frau Merkel has announced her intention not to seek re-election as chairman of her CDU party, as precursor to retiring from politics altogether at the next federal election in 2021. Some commentators are openly sceptical about her ability to survive long as Chancellor without the chairmanship of her party (there is no historic problem with having different Chancellor and party chairman, however, Frau Merkel has previously voiced her opposition to this).

Meanwhile, the sharks on the left, middle and right of the CDU are circling for what should be the top job in European politics, whether they get it in 2021 or before. This assumes the next Chancellor will be from the CDU, given the even more disastrous local election results and state of affairs in the left of centre SPD.

So what is going wrong in Germany? Why are the “bourgeois parties” faring so badly? And what does it mean for any prospect of a “radical centre” at the heart of Europe?

As I have previously argued on this blog, many Germans are tired of unsatisfactory, complacent responses to core questions that gnaw away at the economically most successful country in Europe: how to bridge the increasing divide between the richer and the poorer, which the famous social market economy of the post-war federation was meant to avoid; how to boost the eastern and in some cases northern states, lagging economically and many dangerously short of young people? How to successfully integrate refugees from differing cultures and ensure social cohesion across the federation, when political and historical awareness remains sharply different even 28 years after reunification? How to manage the energy transition from coal (and diesel) to renewables?

The failing “GroKo” (the big coalition) of the last parliament has been replaced with – another failing GroKo. Negotiations with the liberal FDP failed because the FDP feared being swallowed up and decimated after being in a coalition with the CDU, as happened in the 2013 federal election (a fate shared by the British LibDems of course).

So, to avoid new elections and potentially even more favourable results for the far-right AFD, the SPD agreed to rule again with the CDU. The unlikely cabinet which incorporates centrists like the Chancellor’s confidant Peter Altmeier, populist hardliners like Horst Seehofer, the CSU right wing interior minister, and Social Democrats like Heiko Maas as foreign minister is performing appallingly badly both in opinion polls and in the all-important state elections. The ruling CSU performed worst in a Bavarian election since 1950.

So in line with the current trend in Europe, the failure of the centre to manage and message effectively leads to the rise of the far right “Alternative”. Yes and no.

There is no disguising the fact that the AFD (which bear comparison with UKIP and the Rassemblement National) is now represented in all 16 state parliaments and is averaging a poll of about 13 per cent of the electorate (much higher of course in certain eastern states). But that is still “only” one in eight, not one in three, as was the case in the run-off for the French presidency.

There are other winners to the failure of the centre: the “Linke”, the former communists are polling well at about 8 per cent on average, but more impressively still the Greens achieved 17.5 per cent in Bavaria and a stunning 19.8 per cent in Hessen. In Bavaria, where the CSU consciously adopted some of the rhetoric of the far right, voters gave it a slap in the face, less to the benefit of the AFD which polled ten per cent, more to the benefit of the Greens with one in six of the votes.

Nature abhors a vacuum. The CDU is now in a battle with itself whether to respond to its “Misere” by lurching to the right and taking on the AFD on its own ground, or continuing to claim to be the “Mitte”. The choice of next leader is likely to settle that debate. But the real opposition to the AFD is not currently coming from the CDU or even particularly from the struggling SPD, but the revived, and increasingly power-seeking Green party, whose views on a range of issues are diametrically opposed to the far right.

The internal debate that has taken place in its own ranks has led to a more “Realo” (politically sensible, economically well argued) wing taking the lead, and this in turn prepares the Greens to potentially enter more local coalitions with a variety of partners, and not necessarily just their natural allies on the left, the SPD (in Baden-Wuerttemberg they successfully rule with the CDU, as they are likely to do in Hessen).

Of course they need more appealing, better promoted policies on migration, social division, defence, and so on, but their voices are heard almost every day in the German media and they are producing a new and interesting crop of leading local as well as federal politicians with their fingers on the pulse.

So while there is much gnashing of teeth about the rise of the far right AFD, the Greens polled higher in both Bavaria and Hessen. We expect the Greens to be radical, but perhaps this may be a more coherently argued, radical centre that emerges, with answers to environmental challenges but also to a range of social and economic problems.

As for the SPD, it will withdraw from the coalition either in the next 18 months or in 2021, lick its wounds, change its leader and try to identify what would make the left of centre appealing again. All is not lost in the CDU either: front runner for the party chairmanship, and widely tipped as the next possible Chancellor, is the current secretary-general of the party Annegret Kramp-Karrenbauer, an avowed centrist and a formidable politician.

Germany is in a political crisis – perhaps. But don’t give up on the centre just yet. And with the Greens in the ascendancy, it may be a radical centre at that.