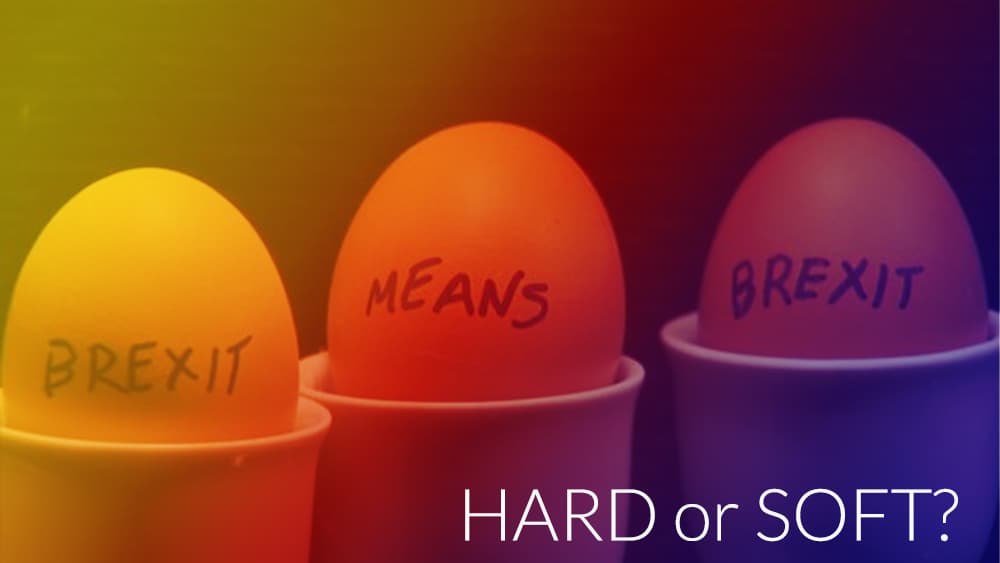 Nobody quite knows what any of these terms mean. One interpretation is that a soft Brexit would maintain access to the customs union and maybe the single market while a hard Brexit would abandon both.

But it may not be quite as simple as that. If the government is intent on pursuing a ‘bespoke arrangement’ for Britain, then all sorts of structures and combinations may be possible.

One thing is for certain. What will drive the eventual deal is politics not technicalities. While there are thousands of lawyers, consultants, accountants, think tanks and others even now busy with examining all sorts of technical aspects, all of that will be secondary to the political framework within which a deal eventually gets done. The technicalities will be made to fit the politics, not the other way around.

And the politics are, of course, unpredictable. Many events are yet to unfold that will impact Europe’s political landscape. The eventual fallout from the Italian referendum, the Dutch, French and German elections next year, the evolution of the West’s relationship with Russia and its impact on security arrangements, how a Trump presidency will start shaking out, the impact of current political difficulties being experienced by governments such as those of Slovakia, the immigration picture over the coming months, the possibility of further terrorist attacks, and so on.

Here at Radix we will be maintaining a watching brief on all these developments and interpreting the impact they will have on the negotiations. For instance, Jeroen Dijsselbloem, current chair of the Euro group of finance ministers, has been taking a relatively hard line on Brexit. But he’ll likely be gone by March when the Labour party will probably be kicked out of government after the Dutch elections to be replaced by Wilders’ PVV.

But what of the political landscape in Britain itself?

It seems to us that, politically, a Brexit that tends towards the harder end of the spectrum is unlikely – at least in the short term.

There are two drivers pushing towards a hard Brexit: the Tory pack of hard Brexiteers and fear of UKIP. The latter may wane as UKIP starts to focus its attention on Labour rather than Conservative seats (though the conservatives hold 8 of the 20 seats that require less than a 10% swing to fall to UKIP). The former is tricky though both the Autumn Statement and subsequent ministerial statements suggest that a steady party management operation is underway.

There is also the next election to contend with – in 2020 or before. Seventeen and a half million people voted to leave the EU – but they did not express a view as to the how. Sixteen million voted to stay. The recent Richmond Park by-election suggests that the Tories could pay a price if they pursue a hard Brexit – or a shambolic one. This needs to be balanced against the fact that the Lib Dems lost considerable support in many of their seats when they fought the last European elections on a strongly pro-EU platform. Boundary changes and developments within the Labour party will continue to shift the landscape.

Finally, no government can hope to win an election convincingly if it has been perceived to have pursued a course that has made its citizens substantially poorer. For the Tories, this would be especially toxic given that much of their public appeal is based on a perception of economic competence.

All of this argues against a hard Brexit – even though some of the behaviours of the Foreign Secretary are not necessarily helping the negotiating process. We can all decide for ourselves whether to put that down to a conspiracy or an incompetence theory.

Overall, our current judgement would lead us to bet against a full on hard Brexit. On balance, this would suggest that businesses investment in the UK may carry less political risk than might seem to be the case at first sight.

We will see how it all evolves over the next twelve months.