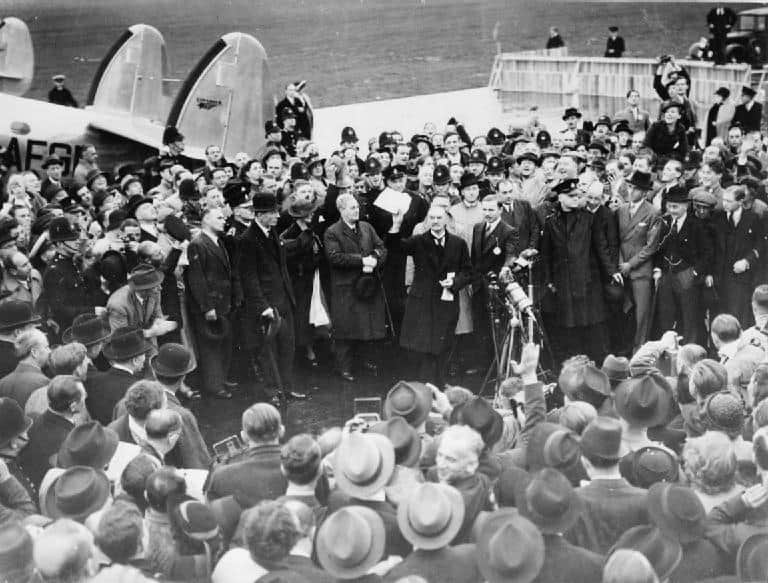 The reason I wanted to write a book about the Munich debacle of 1938 was that I heard the novelist Robert Harris talking about it on the radio – and taking a revisionist position sympathetic to Neville Chamberlain.

Having immersed myself in the subject for some months, I came to the conclusion that Harris was wrong. Yes, the Munich summit, and the two which immediately preceded it, delayed world war for a year and gave Britain, France and the Nazis time to prepare their arsenals and procedure. Yes, Hitler himself bitterly regretted the agreement too.

But there were three elements I had not been aware of before.

In fact, telling the story of the 1938 coup plot alongside the Munich story was a key element I wanted to achieve in my book Munich 1938.

Chamberlain knew of the plot, but did not take it seriously and – who knows – he could have been right. Where he was seriously deluded was in his belief that Hitler respected him and would keep his word. In fact, I found myself comparing him with Blair on Iraq as I had not done since 2003. The two situations are not parallel; the prime ministerial behaviour is.

Czechoslovakia would have fought, and probably the French and Russians would have fought alongside them, if it had not been for Chamberlain’s willpower. It was the British, in a determined effort not to be involved too closely with continental Europe, who forced the betrayal of a whole nation.

In fact, I suspect that history shows that the British need to be involved in Europe willingly – or at least that Europe finds itself in greater danger without us. This is not national pride – the same would undoubtedly be so of France, Germany and Italy. We are one of the guarantors of European peace.

As the eightieth anniversary of the Munich summit approaches this autumn, it ought to be marked in some way. It is the fearsome example of what can happen to Europe when we, or any of the other main players, wriggle out of involvement there. This implies nothing about the EU, but it is a warning if we use Brexit to pretend we have no responsibilities for the continent we are part of.