The Basil Fawlty delusion of Southern Rail – and why it matters 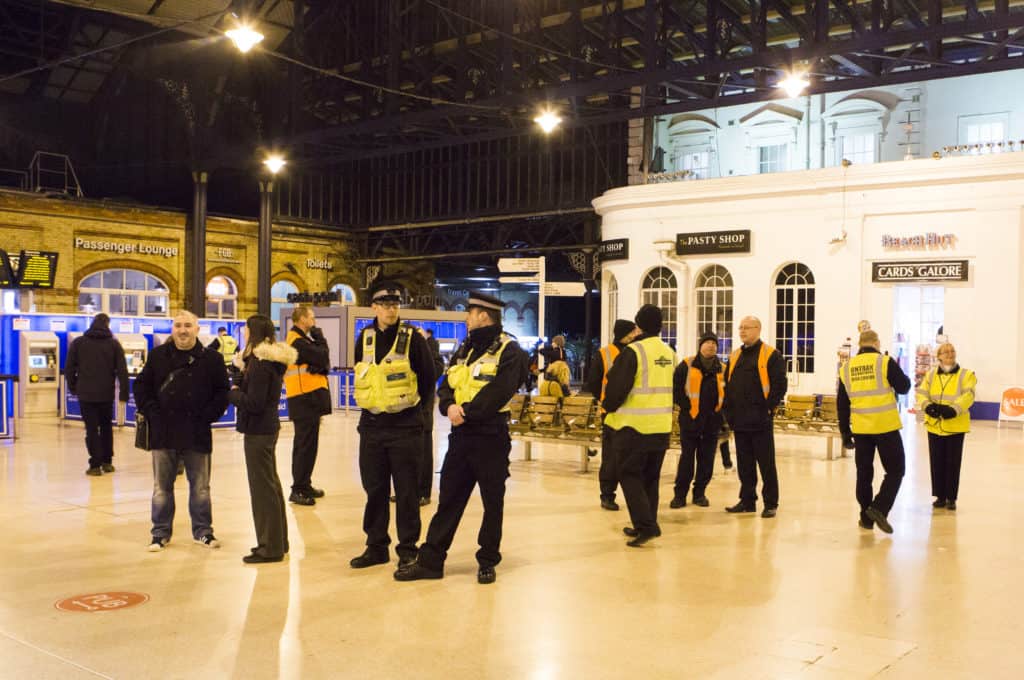 The story so far. Govia Thameslink won the franchise to run the Southern rail franchise and took over in early 2015. Thanks to their failure to recruit enough train crews, and their inability to build any kind of trust with existing crews, by the middle of 2016, the franchise was in free fall – with exhausted passengers expected to wander hopelessly between motionless trains, and staff left without information as they tried to deal with dangerously overcrowded platforms.

Things have improved a little since then, though last time I tried to catch the crucial 8 am train to London from my station, it was cancelled at the last minute. We have come on a year since those darkest days and the government is finally hinting that they will break up the franchise.

The odd thing is that, after all this, operators Go-ahead and government ministers have convinced themselves that they have been the victims of a vicious trade union conspiracy.

I have never talked to David Brown or Charles Horton. Still less have I been granted an audience with Chris Grayling. But I know people who have, and this is what I hear. It is also what I heard from some of their senior executives. They have been the victims of militants, who have cooked up the ‘sicknote strike’ that so torpedoed their services in 2016.

I have no particular time for either union, though I have some sympathy with the poor outmanoeuvred RMT. But, although I wrote about the crisis most weeks in the second half of last year, I was never given any evidence by either side that the sicknote strike was anything other than what it seemed – the result of catastrophic stress on staff morale and health.

The most militant unionists tended to be, when you asked them, very cross Conservative voters.

But no, ministers and executives alike have been able to avoid personal responsibility in their own eyes because, first, they were the victims and, second, the whole operation has been a game of chess between management and staff where passengers irritatingly got in the way.

Unfortunately, the errors have continued. The vision of a frictionless, staffless, human-free railway that Southern was designed to explore carried within it a number of basic problems. Here are a few of them:

Add to this the way in which last minute cancellations have been replaced by unexpectedly short trains, squeezing passengers into smaller spaces (they really are so annoying those passengers, aren’t they). Not to mention the transformation of a generally reliable network with tea trolleys on their long-distance routes into their sweaty, unreliable, tea-free services we get today. And new Thameslink trains which looked as if they had been designed to be hosed down every night on the inside. Not to mention their Basil Fawlty-style management.

I have been searching for a clue to the boneheaded failure to understand their own failures, in the small interlinked circle of transport managers, operators and decision-makers, and I think I may have found it.

I pointed it out in my report on Barriers to Choice for the Cabinet Office in 2013, and it was the failure of the different parties and parts of government to understand that they meant different things by the word – but they appeared to be unaware of it. For Labour, choice meant pseudo-markets in the public sector. For the Lib Dems, choice meant consumer rights. But for the Conservatives, it simply meant privatisation.

It is a good bet, therefore, that the present government believes they are operating ‘choice’ in Southern because it is a privately managed franchise (though it is not privatisation under any of the usual definitions). The passengers seem to be considered irrelevant, the real victims of the whole catalogue of incompetence – mere interlopers in the battlefield of the gods, clashing in some ancient, long-forgotten feud above them in the heavens.

But what really worries me is what this says about the management of privatised or contracted-out services everywhere else. Because, if this is the case, the long-suffering users are considered irrelevant. So is their ability or otherwise to meet needs – just as long as they operate cheaply, and they beat the powerless unions, and they stay friendly with their commissioners. It isn’t a happy thought.