It’s difficult, but we still need a mainstream radical centre 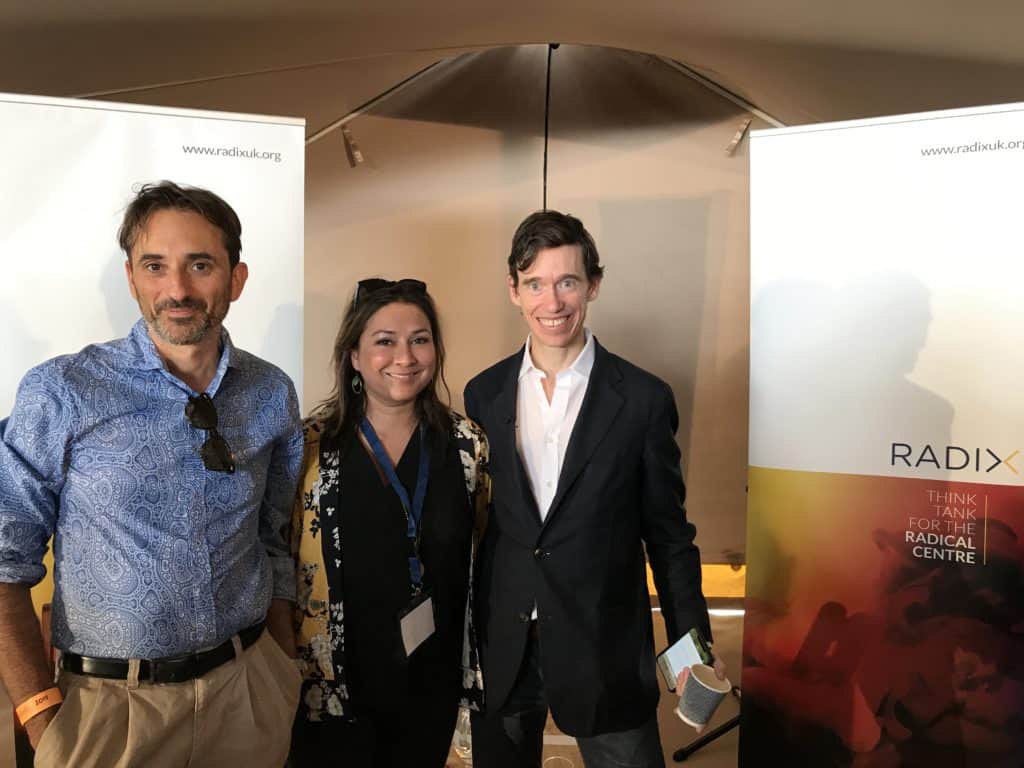 I joined the Labour Party over 50 years ago. I never thought I would leave.

I was active at all levels. Chair of the Labour students, 15 years at party HQ, 27 years a Labour and Co-op MP. I told the Corbynista trolls the only way they would get me out was in a box.  I was very tribal Labour. I remain Labour to my core.

But after the 2017 election  I realised that, to be true to my core Labour party values of solidarity, compassion, social justice, equality, internationalism and anti-racism, I could not stay in Corbyn’s Labour.  I could not condone anti Jewish racism, or a pro-Putin, pro-Assad foreign policy.  Nor could I accept his facilitation of Brexit.

Corbyn is a threat to national security. He is unfit to be Prime Minister.  I had avoided the question on the doorstep in 2017 by saying he cannot win, or his name is not on the ballot paper here. But I was no longer prepared to deceive myself. I could not fight another election if Corbyn was the Labour Leader.

I made that decision in June 2017. I was in the Birthday Club Whats App group  and in discussions with many other MPs. We had lots of meetings in Westminster and elsewhere including in homes and on a farm. Then some started to actively plan for departure.

We were all in different positions. It is a very hard thing to do. There are always personal or political reasons to put it off. I vented my frustration in our Whats App group and it was leaked to the Times in August last year.  Several people said don’t go on your own. And then a group of us started active plans to leave. Those involved were more than the seven who eventually left in February.

After we left, we were soon joined by Joan Ryan and then three Conservative women MPs. Our Labour group had had a lot of discussions about values, and attitudes and also about timing. We delayed from going at the end of last year because of Brexit but eventually decided to go in the February half term recess – mainly because we could not delay any more as Luciana Berger wanted to move before she went on maternity leave.

In the event, the recess was cancelled and we went on a Monday morning when Parliament was sitting.

We had not intended to form a party immediately. We had intended to organise a series of events and listening exercises around the country over the summer and then develop towards  a party in the autumn. But events took over. Brexit was delayed. And we then faced the decision whether we should fight the European elections.

We thought we had to, but time was very tight. We had no membership, no infrastructure, no organisational network. We had just five staff. And the Electoral Commission rules did not make it easy.  They rejected our first proposed name of The Independent Group.  They rejected our logo with its hashtag and we had no time to register another one.

They said we had to have one named leader, not a collective leadership.  Chuka Umunna turned down the role of leader to remain as spokesperson and Heidi Allen became interim leader.

We did just in time manage to get registered as Change UK The Independent Group. We selected 70 candidates out of 3,700 applicants.  The MPs and others spent Good Friday and Easter weekend interviewing. We did employ a company to vet social media but they failed to do a good enough job and we had to remove some.

We got out millions of leaflets. We organised rallies all over the country. We produced a party political broadcast. We built a core of dedicated activists. But we did not win any seats.  I had hoped for 5-8 per cent overall and for perhaps one seat in London and one in the South East. But a combination of our own mistakes and events prevented that. The Lib Dems clearly had a boost from the local election campaign and they capitalised on that.

We also suffered from Lib Dem dirty tricks.  There was never any possibility that there could have been one Remain alliance list. The Greens had ruled it out last year. The D’Hondt electoral list system made a joint list impossible. And contrary to what they claimed the Liberal Democrats never proposed it to us.

In fact, they set out to kill us.  And by a combination of their efforts and serious errors by some of our leadership they were very successful. But despite our interim leader Heidi Allen calling for tactical voting for other parties and suppressing our vote, we still managed to get 3.4 per cent and almost 600,000 votes.

There was inevitably a post mortem discussion.  And our group of 11 MPs split in two.  Five of us, Anna Soubry, Chris Leslie, Ann Coffey, Joan Ryan and myself,  decided we were going on.  As I said to Kay Burley on Sky TV,, Change UK was like an acorn and we need to give it time to grow into a tree.

But the other six decided it was too difficult and they said at the time that they wished to cease being a party and preferred to return to being independents. Subsequently four of them have joined the Liberal Democrats.

At the same time, we also had to comply with a legal agreement reached following threatened legal action brought by the American Change.org company.  They had objected to our name. We had agreed to seek to change it after polling day. As a result, Change UK was renamed  and is now registered at the electoral Commission as The Independent Group for Change.

My overall conclusion is that our experience shows how hard it is to try to establish a new party from scratch.  But it does not negate the need for new centre left, social democratic or centre right one nation Conservative traditions to work together. Our country is dangerously polarised and the Liberal Democrats are doing nowhere near well enough to challenge the old extremist led Johnson Conservative or Corbyn Labour parties. They would need to be consistently above 30 per cent, not around 20 per cent, to do that.

There remain a significant number of people who, for good reasons, will not join the Liberal Democrats. I believe that there is space for sensible mainstream radical politics of the centre left and centre right. And it is vital that those of us from that tradition remain actively engaged and fight for a better way forward for our country.

Mike Gapes is MP for Ilford South, and has been since 1992. He was a Labour and Co-op MP until February 2019, when he left with others in protest against Jeremy Corbyn’s leadership to form the Independent Group for Change.