Is Turkey trying to rethink the Battle of Lepanto? 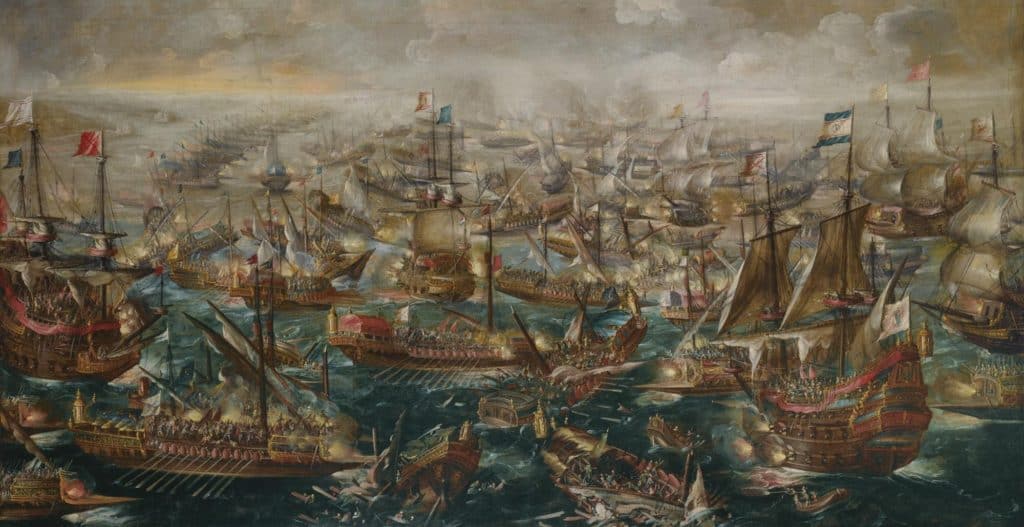 In early December 2019, the Turkish Navy expelled an Israeli oceanographic vessel from Cypriot territorial waters. On board were not only researchers from Ben Gurion University, but also a Cypriot geologist. They were carrying out research approved by the Government of Cyprus.

Led by the neo-Ottoman Sultan Erdogan since 2003, Turkey wants not only to keep forever the control of the territory that its soldiers invaded in northern Cyprus in 1974 – 38 per cent of the island’s area, which has been transformed into a “Turkish Republic of Northern Cyprus”, unrecognised by any state in the world.

It also wants to return to the seas and take control of the eastern Mediterranean to capture the Cypriot offshore hydrocarbon deposits and prevent the establishment of a gas pipeline from the Levant to Greece.

In geopolitics, it is important to understand long term historical lessons. Since 2011, Recep Erdogan has embarked on a hidden policy of reconstituting the Ottoman Empire. He sought to re-impose Turkish influence in Bosnia, Tunisia, Libya, Egypt and Syria. It didn’t work well.

Cairo, Damascus and Benghazi eventually broke off all relations with him.
But President Erdogan is a man of character. Nothing can defeat him. His neo-Ottoman ambitions remain intact. Today he is undertaking to restore the Turks to the waters of the eastern Mediterranean, from which they had been driven in 1571 by the Battle of Lepanto.

At the end of November 2019, Turkey concluded a security treaty with the Libyan government of Fayez El Sarraj, which controls part of Tripolitania (but not Cyrenaica, which is in the hands of General Haftar, supported by Egypt). In this pact, which provides for an increase in Turkish military support to Tripoli, there is a clause for sharing EEZs (Exclusive Economic Zones), thereby redrawing the maritime borders of the eastern Mediterranean.

Athens, Cairo and Nicosia made a joint statement protesting against this Turkish maritime monopoly. Greece has requested the support of the European Union. The Ankara government retorted that the EU has no authority to lay down the law on shared areas in the Mediterranean.

At the last NATO Summit in London (3-4 December 2019), the atmosphere between the Turkish and Greek delegations was strained. The Secretary General had to point out that NATO never gets involved in disputes between member countries.

After significant hydrocarbon reserves were discovered off its coasts, the Cypriot government granted exploration permits to major international oil companies, including ENI and Total. The Turkish navy prevented ENI’s work, and made a show force by deploying warships and drones.

The Italian oil company has given up. Total has suspended some of its projects in the disputed areas. Turkey took the opportunity to launch its own explorations there. And it has taken a new step forward in the “fait accompli”, by denying (with its Libyan ally) the Greeks a part of their EEZ around their own islands.

Lepanto’s revenge, the Turkish navy’s reconquest of the eastern Mediterranean, is not, however, imminent. Turkey is sorely lacking in allies. Erdogan has been able to establish a dialogue of trust with Putin, but Russia remains very reluctant to support Turkish maritime ambitions. Given their shared Orthodoxy, the Russians maintain a deep friendship with Cyprus and Greece. In addition, they support the Egyptian military regime, helping General Haftar via the mercenaries of the “Wagner Division”.

As for the Americans, who already have a dispute with Turkey, whom they castigate for its purchase of the Russian S400 ground-to-air systems, they, too have taken the Greeks’ and Cypriots’ side.

On 4 October 2019, Nicosia reported a Turkish drilling operation in Block 7 (ENI and Total’s Block 7). The next day, the US Secretary of State, visiting Athens to sign a defence agreement with Greece, declared that the drilling undertaken by Turkey off Cyprus was “illegal and unacceptable”.

It is not surprising that America has begun to get closer to the Greeks. It does not want them to go any further with their only major strategic rival, China, after they gave it the port of Piraeus as a concession.

In this great game of the Mediterranean, does Turkey have the means to achieve its ambitions? It cannot solicit China, which in 2018 deployed a naval group there. Because the Muslim Brother Erdogan has taken up the cause of the Uighurs in Xinjiang province, currently being “re-educated” en masse by the Chinese Communist Party….