IRAN WILL NOT FALL INTO THE ISRAELI TRAP 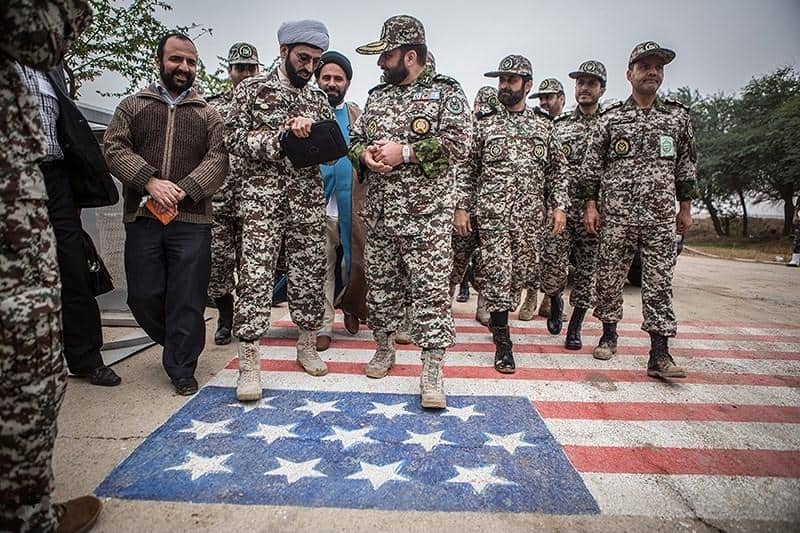 The assassination, on a road east of Tehran on 27 November, of the father of Iran’s nuclear programme, Mohsen Fakhrizadeh, constitutes a double challenge to the theocratic regime that has ruled Iran for forty years.

First challenge: the Pasdaran (Revolutionary Guard) Corps, so quick to arrest harmless political opponents, has proved incapable of securing the national territory and protecting one of its most eminent officers, Dr Fakhrizadeh.

This physicist had been specifically targeted in a conference held in 2018 on the Iranian nuclear danger by Israeli Prime Minister Benjamin Netanyahu. Most likely belonging to the Mossad, the commando that executed him was able to set up a sophisticated ambush on a road near the capital.

In 2020, the Pasdaran will have had little success. On 3 January, the Americans managed to kill their great chief of external operations, General Qassem Soleimani, in Baghdad. On 11 January, the Pasdaran mistakenly shot down a Ukrainian civilian plane leaving Tehran.

The Iranian population, very active on social networks, is beginning to wonder if the Pasdaran’s business is not to the detriment of their professionalism…

Secondly, this commando operation is yet another battle, won by Israel, in the clandestine war it has been waging against Iran for the past fifteen years.

This shadowy conflict began on 25 October 2005. In the conference room of the Ministry of the Interior in Tehran, the new Iranian president at the time made a speech demanding a “world without Zionism”. Quoting Ayatollah Khomeini, he said in Persian: “The regime occupying Jerusalem must disappear from the page of time”, which the Iranian press agency IRNA translated as “Israel must be wiped off the map”.

In front of students chanting “Death to Israel”, Mahmoud Ahmadinejad had explained that Zionism was an instrument of political oppression used by the West against Muslims.

The former populist mayor of Tehran – who had just succeeded the religious scholar Khatami, a reformer and proponent of the “dialogue of civilisations”, as president (number 2 of the theocratic regime behind the Supreme “Guide”) – had shown in his speech a singular indifference to historical truth.

The British rallying in 1917 to the idea of a “Jewish National Home in Palestine” had nothing whatsoever to do with any desire to oppress Muslims: 400,000 Muslim soldiers were serving the British Empire in its war against the Central Empires. The primary purpose of the Balfour Declaration of November 1917 was to cement the support in London of American Jews who, in 1914, were still rather pro-German.

After the great Arab Palestinian strikes of 1936, the British proxy power decided to stop Jewish immigration. It is true that after the Holocaust, America and France showed great sympathy for the Zionist project, and then for Israel. But it was by no means exclusive of commitments to Muslim countries, as shown by the Quincy pact between Roosevelt and Ibn Saud (February 1945) or the American commitment to the creation of Pakistan (1947).

Ahmadinejad made his speech less than ten years after two Western military interventions in favour of Muslims (in the summer of 1995 to lift the siege of Sarajevo; in the spring of 1999 to help the Albanian Kosovars free themselves from the guardianship of Belgrade).

Official Shiite Iran is committing a triple strategic error in claiming to unify under its banner the Muslims of the whole world, through hatred of Israel. First, traditionalist Sunnis will always reject Shiites as heretics. Second, the number of Muslim states willing to trade with Israel continues to grow – Azerbaijan being the most obvious recent example. Third, the educated Iranian population has more respect than hostility towards the Jewish nation.

Proud of the history of Persia, they know that Cyrus, after his capture of Babylon, freed the Jews and allowed them to rebuild their temple in Jerusalem. Relying neither on history nor on geography, the current Iran-Israeli antinomy is only an ideological construction. It will therefore not last very long.

Moderate President Rohani is right not to want to fall into the trap of a military escalation that would allow the dying Trump administration to bomb Iran. From 20 January 2021, he has a four-month window of fire to make a deal with Joe Biden’s America to burnish his re-election credentials in June against the Pasdaran candidates.

And he intends to use it.