Iran: the mullahs’ moment of choice 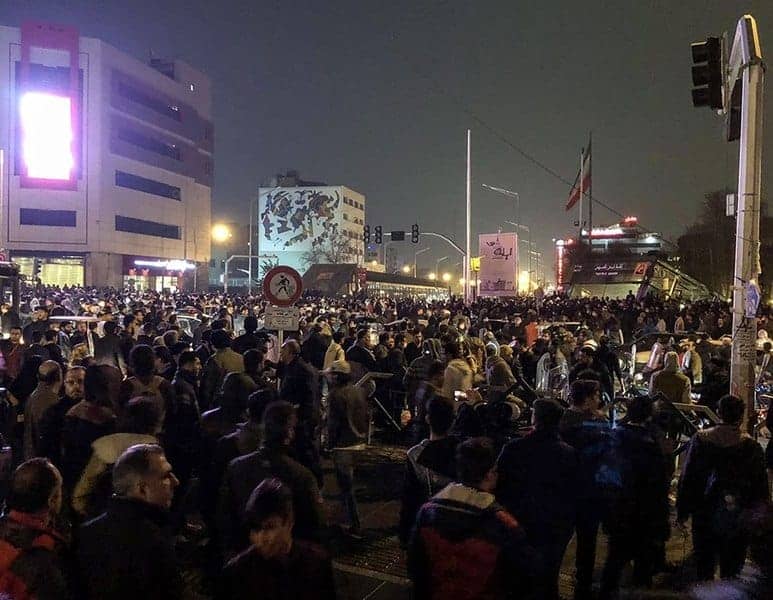 The Iranian population is out of luck. In the presidential elections of 2013, then those of 2017, they had declared themselves ready for the opening up of the country. In the meagre choice offered by the conservative theocratic system that is in place, the Iranian people had chosen the most determined candidate to return to a Persia embedded in the international arena.

In his first term, President Hassan Rohani had obtained a lifting of international sanctions, in exchange for a tight framework of his nuclear program under supervision by the IAEA (International Atomic Energy Agency of Vienna) and a halt to progress towards a nuclear bomb (which the Islamic regime claims to have never wanted).

Washington and Tehran had not resumed diplomatic relations (broken in 1980 during the Islamic Revolution), but Secretary of State Kerry and Foreign Minister Zarif had established a relationship of great trust between them.
Rohani wanted to devote his second term to the privatisation of the economy and the fight against corruption – which is eating away at the ruling elite, starting with the Pasdaran (Revolutionary Guards) body, and some of the major Shiite religious foundations.

But the whole beautiful programme collapsed after Trump’s decision to withdraw from the nuclear deal of July 14 2015 (still protected by UN Security Council Resolution 2231), restore all sanctions, and to threaten with retaliation all companies that continue to trade with Iran (except the agri-food and pharmaceutical sectors).

Since this month, the Islamic Republic of Iran is again under a sanctions regime. Its currency has lost two-thirds of its value in one year. Its oil exports have already gone from 2.5 million barrels a day to less than a million and a half. Faced with US threats, the French companies Total, Peugeot and Renault withdrew from Iran.

The prospects are not bright for this country of 80 million people, two-thirds of whom were not born when the Shah was overthrown in favour of Ayatollah Khomeini.

At the last UN General Assembly, Rohani was a strong advocate of multilateralism. But Iran’s support for international legality comes too late. Tehran finds itself facing an intractable America, inspired as much by the Saudis as by the Israelis. For the Iranians, it has already been very painful to give up their nuclear weapon ambitions, weapons held by four powers in their immediate neighborhood: Russia, Israel, Pakistan and the United States (whose Fifth Fleet is based in Bahrain).

America is, more discreetly, also complaining about Iran’s military presence in Iraq, as Washington and Tehran are pursuing a common goal: the elimination of ISIS.

The mullahs’ problem is that they find it difficult to choose between two very different strategies: to regain a pre-eminent commercial position in the Middle East and Central Asia or to maintain, by force of arms and militia, a hegemonic policy on territories that separate them from the Mediterranean.

Tired of their anaemic economy, the Iranian youth has already made its choice. In early January 2018, in anti-regime protests that spread to most cities across the country, they screamed, “No Gaza! No Syria! Take care of Iran! “. The students you meet on the street in Tehran all tell you all that they have nothing against Israel and that they do not share the regime’s anti-Zionist obsession. Connected to the outside world through the Internet, they love Western culture.

When last winter’s protesters started screaming in the street “Death to the dictator!”, targeting Ayatollah Khamenei, the Supreme Leader of the Revolution (whose power, in the Iranian system, is much greater than that of the President), the regime was truly scared. The repression was severe (25 dead), and the Telegram network, used by the demonstrators, was closed down. Since then Rohani reopened it, bypassing the judicial authorities that are more conservative than he is.