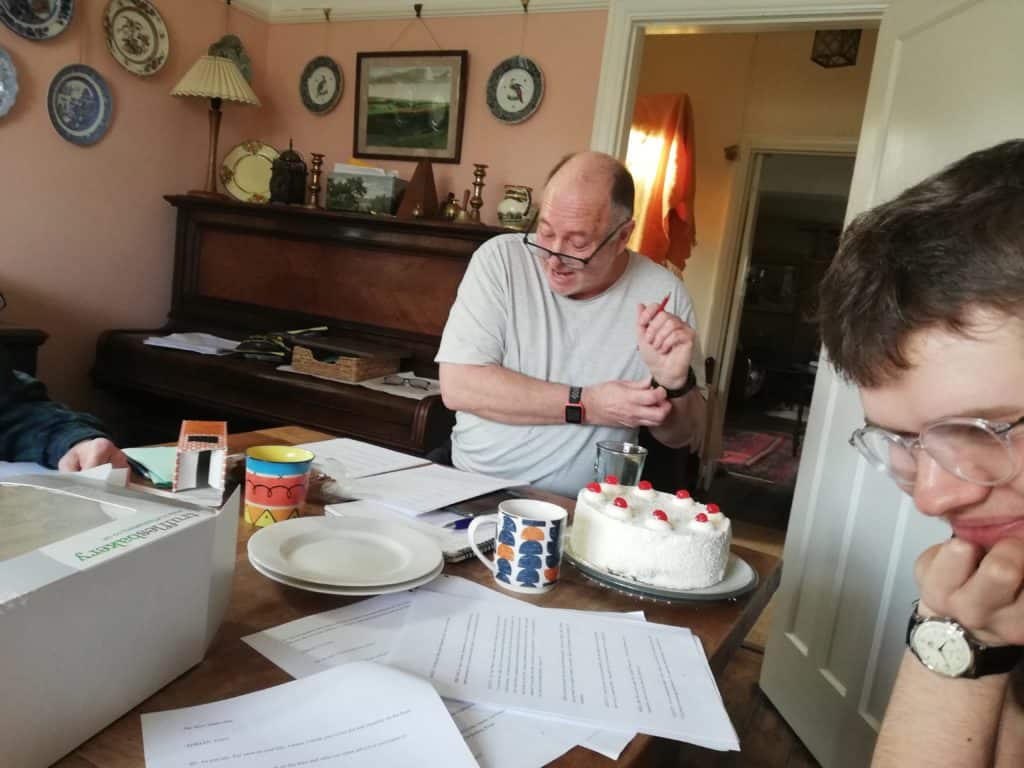 I have written four plays before – they range from a full-length play about the Three Day Week in 1973/4 to an invocation to devolution so that my home town of Steyning declares itself independent of the UK – this one performed in the cricket club during the Steyning Festival two summers ago.

I find it hard to write without an element of humour, as my tongue wanders into my cheek. So when Radix asked me to write the play The Party Leader, it wa obvous it would have a few laughs.

We had recently become the first thinktank to publish a novel, now called Dead Idol by Nick Tyrone. So we felt it made sense – if we were going to use all the different cultural options to make a case for a politics of the radical centre – to commission a radio play.

There was one other moemt of ignition: when I was told, in the days when most people of sense appeared to be in the process of launching new centre parties (some more radical than than others), then perhaps they should get the party platform agreed first – and then find a leader, preferably one untainted by the existing political system.

We briedly discussed round the world yachtspeople and actors and actresses and then left the subject – but it stayed with me. What happens, I wondered, if you elected someone so untainted with party politics that you hadnt actually asked them first – and the bones of our play began to become clear in my mind.

in a perfect world, untainted by covid-9, I imagine that we would launch our first radio play sometime in the autumn. But our world may by then be pretty unrecognisable, so it probably made sense to release it now.

Immediately before the lockdown, a group of us – from Steyning again – got together in the home of Malcolm Duke (to whom thanks so much) and recorded it. So thank you also hugely to Deborah Sparkes, and Sue and Geoff Goble, who acted in it – with Malcolm playing a theatrical agent. Then in the last few weeks, Zyg Coombes has pulled it all together brilliantly.

So I present to you: the very first thinktank radio play. It is only 40 minutes long and quite fun, so I thoroughly recommend it… You can hear it here.