Imperialist public services and why they don’t work 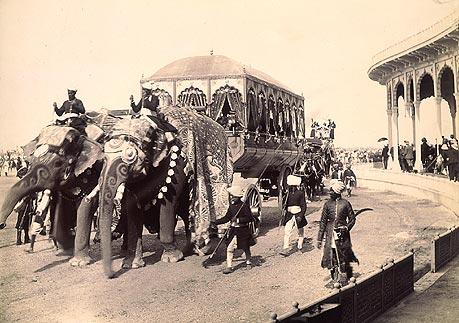 I haven’t ever given a lecture to nursing students before, and thoroughly enjoyed doing so last week. but it was also a bit of an eye-opener. I know the NHS is formally committed to ‘co-production’ in theory – though I’m not sure how they define it – but I don’t think I had realised quite how far it has moved away from it in practice.

I’m sure this is not the case everywhere, but it was a shock to someone like me who has spent most of their so-called career advocating closer, more human and more flexible relationships between professionals and patients.

I give a similar talk regularly to doctors and they seem to understand where I am coming from and, up to a point, support it. But it was clear to me that some of the nurses did not see human relationships that are encouraging as practical in their corners of the NHS.

Welcome to the world of ‘patient-centred care’.

This is the philosophy behind the way patients are treated, not everywhere, but especially perhaps in specialist centres. It means you certainly can’t challenge patients, or ask them for their help. Nor can you encourage them. And if they don’t respond to the process you offer them, you simply strike them off for being ‘non-compliant’.

It is of course precisely the opposite of patient-centred care. Doublethink, as Orwell would have put it. It is an idea borrowed partly from the economists’ version of public service choice which used to frown on encouragement from doctors in case they imposed their ideas and preferences on patients.

In fact, what I know from being the independent reviewer on choice at the Cabinet Office some years ago, the main choice people want to make in healthcare hasn’t got anything to do with where they want to be treated. They want a doctor who will answer the question”what would you do if you were me, doctor?” – the very question the economists hate most.

But patient-centred care owes itself to a dubious Treasury-inspired view of efficiency, imposed on public services as if they were imperialist outposts administering to an unreliable race, a view that also owes something to the idea that sparing the rod will spoil the patient.

The same approach to sanctioning ‘non-compliant’ service users started in benefits and now seems to have spread to the NHS. How else should we understand today’s story of the five-year-old girl who died of an asthma attack after being turned way from an emergency appointment for being more than ten minutes late. Would that have been possible if there had been a human relationship between patient and professional.

Since the days of Blair and Brown, service have teetered on the brink of an imperialist model and, if we are not careful, they may be now tumbling over. It is not at all efficient, in fact, because it is so ineffective.