If we need an interim PM, it should be Caroline Lucas 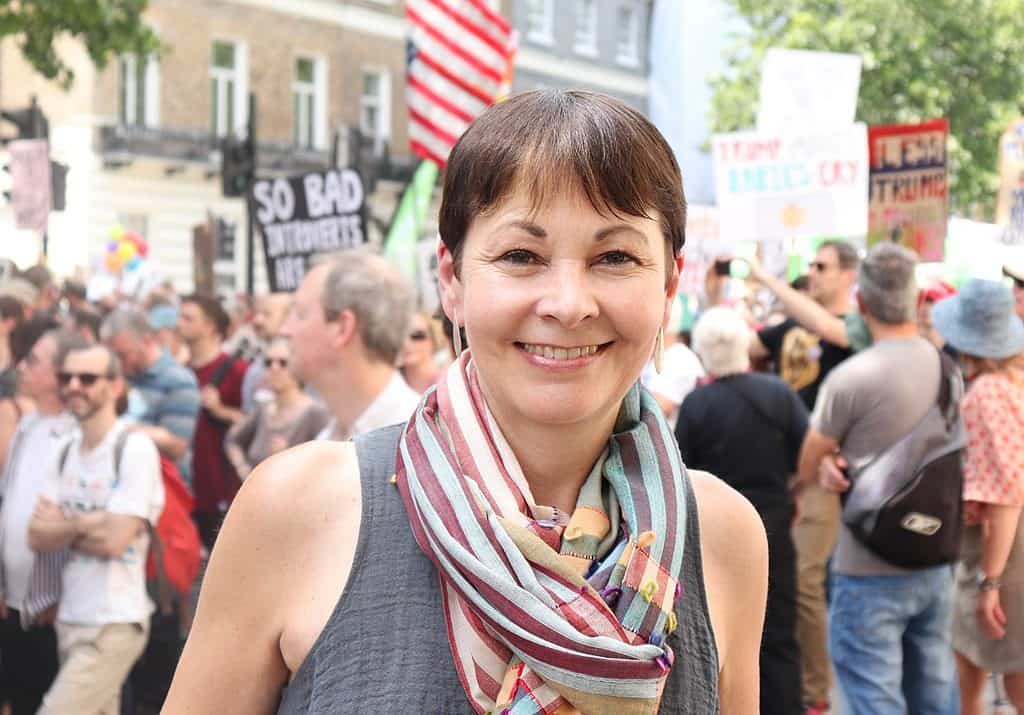 When car-crash politics proves such irresistible and distracting theatre, it is even more important to maintain a focus on our central, generational challenge – what is most important – the prevention of climate and ecological breakdown, whatever happens with Brexit.

Some might say that it is all one ‘struggle’, and double down on traditional party tactics and loyalties.  But what if they were wrong? What if this extraordinary moment calls for equally unusual political creativity and new ways of working?

The Lib Dems are riding high with their uncompromising stance against Brexit, and like Labour’s motion for a Green New Deal, their party conference passed a fairly all-embracing climate change policy, even though it was barely noticed outside, because of the suffocating Brexit focus. And, even at their improved position in the polls, the Lib Dems seem unlikely to be heading for Downing Street by themselves.

This is therefore a plea to all the opposition parties to think of what is most important, put old tribal habits aside and work towards a political alliance to save the planet – if not this time, in November, then to use the next election to work towards one.

As a first step towards that objective, we want to propose that Green MP Caroline Lucas could potentially unite the nation as an interim Prime Minister – if such a post is required this week, as it looks more than possible that it will.

Her main attribute, apart from her cross-party popularity, clear-sighted honesty and rare integrity, is that she is not either Jeremy Corbyn or Ken Clarke or Jo Swinson, and is not a member of any of their parties.

Jo Swinson’s leadership deserves great respect but, since she aspires to the top job herself, she suffers from the Corbyn problem that it may seem unfair to some MPs to put her in office, even temporarily.

Caroline is, we believe, also a huge talent which seems otherwise fated to be denied to the country because her party is not yet popular enough, nor the electoral system set up in such a way, to allow her to hold office.

She is also enough of a Westminster outsider to garner trust from beyond Whitehall, where the House of Commons is has been its own worst advert.

We hope that, if the Lib Dem MPs can find the generosity of spirit to swing behind Caroline’s nomination, it could be the foundation stone for a great deal of co-operation in the future on the most important issue of all – the survival of humanity.

We are colleagues on the both are sides of this great divide, but we want an alliance, not just between the Greens and Lib Dems, but including all the parties who understand the need for a radical change of direction – for one election only: for the UK to show vision and demonstrate what it will take to preserve the conditions for life on the planet.

Those of us who endured the intricate negotiations in the early days of the Liberal SDP alliance could not possibly want to repeat that experience on a grander scale. But this can’t just be an electoral alliance, or it will carry no conviction, inside or outside. All the parties involved will have to work together to achieve things locally to make the alliance a reality. Only then would it be possible to start talking about seats.

Something more fully developed, could have to wait until after the election. But uniting behind Caroline Lucas now would be the first step towards a joint national programme for saving the planet and re-uniting a divided country with social justice at its heart, at least as far as the UK government is concerned.

If the future belongs to the political forces behind leave or remain, according to which one succeeds in drawing over some of the others onto their side, this seems to be an opportunity for those who believe that we are better together than seeking isolation.

Andrew Simms is an author, political economist and co-director of the NewWeather Institute, His books include Cancel the Apocalypse, Ecological Debt, and Economics: A Crash Course (with David Boyle). He tweets from @andrewsimms_uk