How Venezuela could tie up the West 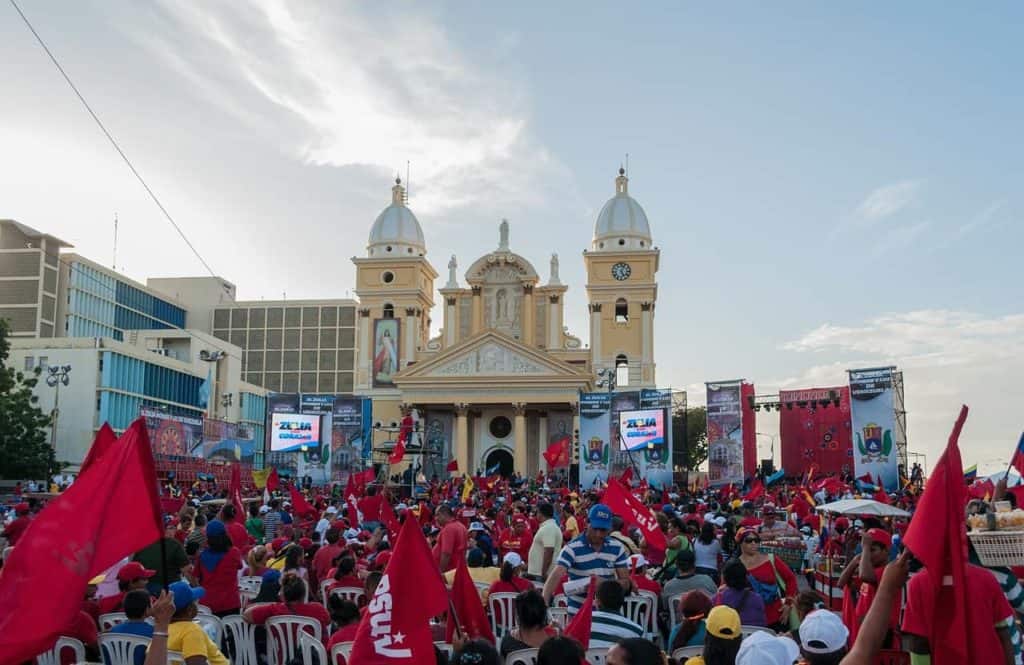 Russia, China and Turkey have come out of the woodwork to defend Nicolas Maduro’s indefensible regime. These three countries have one thing in common: they do not mind throwing lawyers in jail.

On January 28, in an quick courtroom trial, a court in Tianjin (a port city 200 kilometres southeast of Beijing) sentenced attorney Wang Quanzhang to four and a half years in prison. His crime? Defending citizens from arbitrary land grabbing and supporting Falun Gong practitioners.

This movement of traditional Chinese spiritual gymnastics was banned during the Cultural Revolution. Re-appeared in China in 1992, it became very popular and soon counted 70 million followers. After the Chinese Communist Party failed to control it, Falun Gong was banned in 1999.

In Turkey, dozens of lawyers are jailed or prosecuted for defending victims of the state of emergency decreed in July 2016 by President Erdogan.

In Russia, lawyer Sergei Magnitsky was thrown into prison (where he died due to lack of medical care in 2009) for defending an American client who was the victim of police robbery.

What is curious about these three countries is that they assume that their authoritarianism will never end. They dare not totally dispense with the principle of separation of powers. They indeed seem content with having the police available to lock up or rob their victims.

But they still organise some trials. As if it were indispensable for them to have some semblance of the rule of law. As if, in their hearts, they knew that of Montesquieu’s thinking (1689-1755) was unsurpassable in terms of political institutions. We do not imitate what we do not respect somewhere in our subconscious.

Armed with their economic or military successes, the leaders of China, Russia and Turkey display contempt for democracy and the rule of law in the West. But they fail to conceal that these concepts remain mentally part of their political structures.

The case of Venezuela, ruined and torn apart by a ubiquitous regime, offers a unique opportunity for countries defending the rule of law to show their unity against the growing informal front of dictatorships and democracies – countries where the winners of universal suffrage believe that their victory exempts them from applying the rule of law.

As an institution, the European Union would be well advised to join the United States, Spain and Latin America’s neighbours in Venezuela in recognizing interim President Juan Guaido as the only legitimate authority in Caracas.

Maduro still has the option of holding truly free and fair elections. He will be able to see what answer his people will give at the polls.

Since the start of the millennium, Western unity has been undermined by the United States, which has created three monsters: neo-conservatism, extra-territorialisation of American law, and unilateralism. American neo-conservatives wanted to impose democracy on Iraq through a military invasion in 2003; in the absence of competent administrators, they produced only chaos.

Disappointed by their failure, they impatiently withdrew in 2010, abandoning a deeply destabilised country. Because of their incompetence, they seriously undermined the prestige still enjoyed by the principle of democracy on the planet.

The extra-territorialisation of American law is part of the same counter-productive arrogance. In modern international society (embodied by the UN, created in 1945 at the initiative of Roosevelt’s America), no country can claim to be intrinsically superior to others.

In the 1960s, the United States was sometimes annoyed by de Gaulle. But they fully respected the sovereignty of French law in France. This is no longer the case today, whether in banking or in industry.

Unilateralism is Trump’s great sin. Withdrawing in January 2017 from the Auckland Trans-Pacific Treaty, he destroyed the instrument that would push China towards commercial honesty and the adoption of Western standards that favour the consumer over the producer.

If Xi, Putin and Erdogan are not our friends, they are not our enemies either. You have to talk to them. Persuade China to respect intellectual property, Russia to return to the European family, Turkey to let go of internationalist Islamism. But to be more convincing, to preserve the peace of the world, we must act together. For we Westerners know that the rule of law makes it much less easy to wage war than do dictatorships.