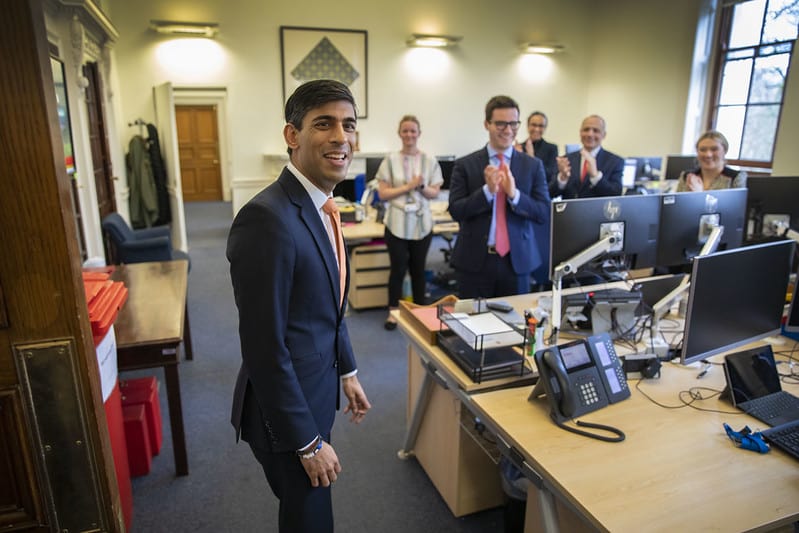 It is already clear that Richie Sunak’s cost of living crisis measures aren’t going to touch the sides of the hole in the majority of people’s spending potential. That will be increasingly evident over the next few months.

Even this inadequate level of support is already splitting an increasingly rudderless and fractious Conservative Party and their small state, low tax, right-wing media supporters.

Red Wall MPs know spend, spend, spend is crucial to their political survival and blue wall seat MPs fear theirs is threatened, if their comfortable supporters will be taxed more, not to mention the Lib Dems breathing down their neck in the next election.

As Tories increasingly realise that Partygate is so seared into the public psyche that it will do for the Tories in the next election, just as Black Wednesday did for John Major’s government, their panic will grow.

Yet this controversy is only dealing with one aspect of the triple crisis that faces this and the next government, the other two being the need to rebuild our social and green infrastructure in a way that generates jobs in every constituency at a time when people are seeking security of supply in energy, food, housing and other social needs – when the disruptions caused by the Ukraine war will make sure that such security will be ever more expensive.

Which brings us to the crucial question of exactly how we are going to pay for such a huge transition. The Tories are utterly vulnerable here as they want less tax and a smaller state when the opposite is needed to provide a future sense of security.

This conflicted approach is the bruise that the opposition parties must punch relentlessly as the Tories reputation for cruel but competent economic stewardship is now a fading memory as the public increasingly, if slowly, see the opposition as more credible – if at present rather vaguely inadequate alternatives.

Opposition parties rejoicing over a U-turn on windfall taxes on energy must rapidly move onto comprehensively laying out of how exactly to pay for the tackling of the crisis, and the multifaceted social and environmental challenges.

To be a vote winner across the whole country, such funding must result in an increase in peoples’ and communities’ sense of economic security and local cohesion.

The hundreds of billions involved must come from what my Finance for the Future colleague Richard Murphy and I term QuEST (Quantitative Easing Savings and Tax).  QE3 will form the bulk of the funds, but huge sums will also be raised for personal savings and fairer taxation. Hence my letter in the Sunday Times:

Your editorial (Ministers should be clear: there are limits to their largesse Sunday Times May 22) is guilty of the ‘lazy cry’ that no new money can be created. Overcoming the banking and covid crisis was predominantly paid for by the Bank of England’s quantitative easing (QE) programme: between 2009 and 2021, £895 billion of new money was created, with no resulting inflation.

To help solve today’s cost of living crisis, level up inadequate social provision and tackle climate change it’s time for QE3. Any additional funding required could come from government incentivised savings, such as pension and ISA’s, plus a fairer taxation scheme.