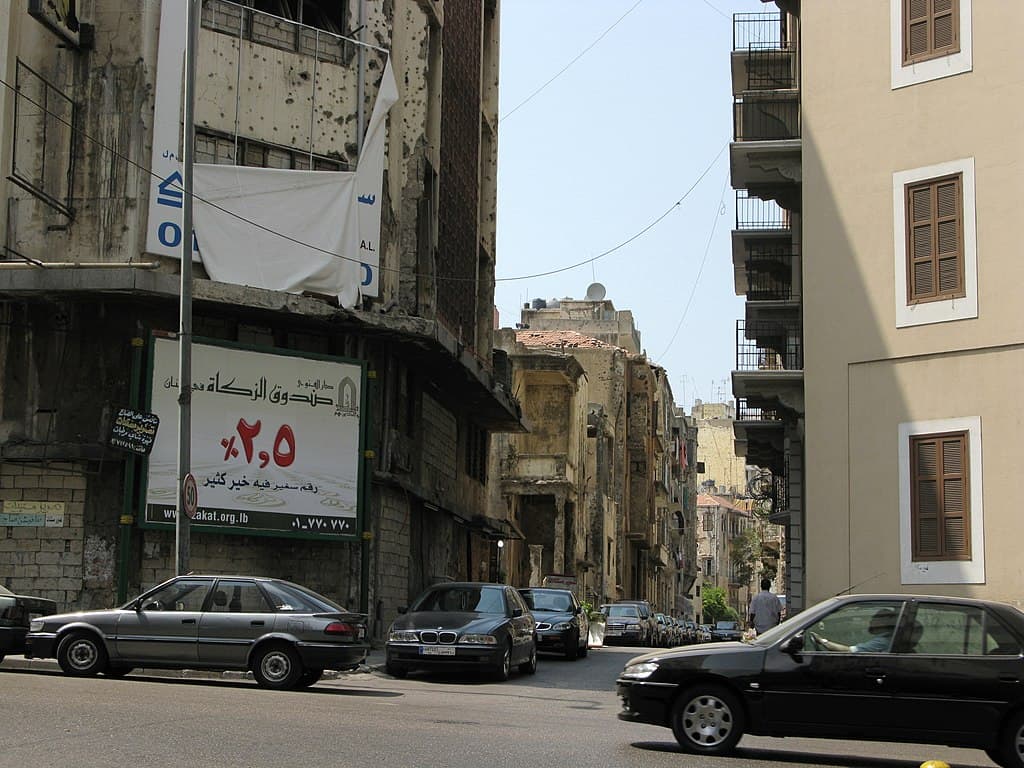 Lebanon is crying, even though it is a country blessed by the gods. Its mountainous territory is not large (the equivalent of two French departments), but it is breathtakingly beautiful – a sort of eastern Côte d’Azur. Its plains, irrigated and numerous, offer an agricultural potential equivalent to that of its southern neighbour, Israel.

Its population is educated, hard-working, imaginative and enterprising. The five million Lebanese living in the country are supported by a diaspora of 12 million people, who are successful in Europe or the Americas, and who remain passionately attached to their homeland.

Despite all these assets, Lebanon is currently going through its worst existential crisis since its civil war (1975-1990), a conflict that was provoked by an external factor (Palestinian refugees) and that split the country in two (Christians versus Muslims).

Today, the state, indebted to the tune of more than 90 billion dollars, has been in default since March 2020 and the Lebanese pound, which had been stable and pegged to the dollar since 1993, is currently trading on the black market at one ninth of its value. Small savers no longer have free access to their savings. The country has been without a government for over nine months. Lack of will or capacity? The prime minister-designate (the Sunni Saad Hariri) is dragging his feet in forming a government.

Due to political interference, the judiciary is paralysed in its investigation into the causes of the huge explosion in the port of Beirut on 4 August 2020. In one year, the reserves of the Bank of Lebanon have fallen from 35 to 15 billion dollars, currently touching the minimum level of required reserves. In a year and a half, 300,000 Lebanese – mostly young graduates – have gone into exile for economic reasons.

It is now urgent for Lebanon to find a government of national salvation, capable of tackling five essential tasks. First, to open a credible dialogue with Lebanon’s creditors and the International Monetary Fund. Second, to establish a realistic budget that creates revenues to finance its expenditures. Almost half of the public debt is due to the accumulated deficit in the electricity and fuel sectors, which are heavily subsidised by the state. Third, restructure the banking sector through consolidation – there are more than forty depository banks, when ten would be more than enough. Fourth, float the Lebanese pound with some supervision. Fifth, strengthen the independence of the judiciary and the autonomy of the electoral commission.

The vast majority of Lebanese will support such a common sense programme. The problem is how to appoint a government of national salvation. We must be realistic; we will not change Lebanese confessionalism overnight. According to the Taif Agreement of October 1989, amending the 1943 independence constitution, the ministers (as well as the deputies) must be in equal numbers of Christians and Muslims.

In order for the choice of the 24 ministers (five Maronites, three Greek Orthodox, two Greek Catholics, one Armenian, one Protestant, five Sunnis, five Shiites, two Druze), to go to the most competent and honest personalities, Lebanon should adopt two new rules. A rotation of portfolios to avoid embedding corruption. The abolition of the exclusivity of the choice of ministers by their confessional leader.

If, for example, the name of a Shiite minister is chosen by the Christian group Marada (that of the Frangieh family in the Christian north) which in turn gives the choice of the name of a Christian minister to the Sunni majority, and so on, we will have already made a lot of progress and give a message of hope to the population.

The Prime Minister should have the right to choose the name of a minister from among three public proposals by the different political parties concerned. And this after having distributed, in agreement with the President of the Republic, the 24 portfolios to the different confessions.

Many young Lebanese, who have been protesting since the “Saura” (Revolution) of 17 October 2019, will be disappointed by the persistence of confessionalism. But while constitutional change can wait a year, the economic situation cannot. All the young opposition members have to do is agree on a common project, stand united in the parliamentary elections of June 2022, win a majority and then build the state they want.

France is the only power sincerely committed to helping Lebanon. Once such a government of salvation has been formed, President Macron will be able to break the boycott of Lebanon by the other powers.