How to disrupt Europe’s dysfunctional banks 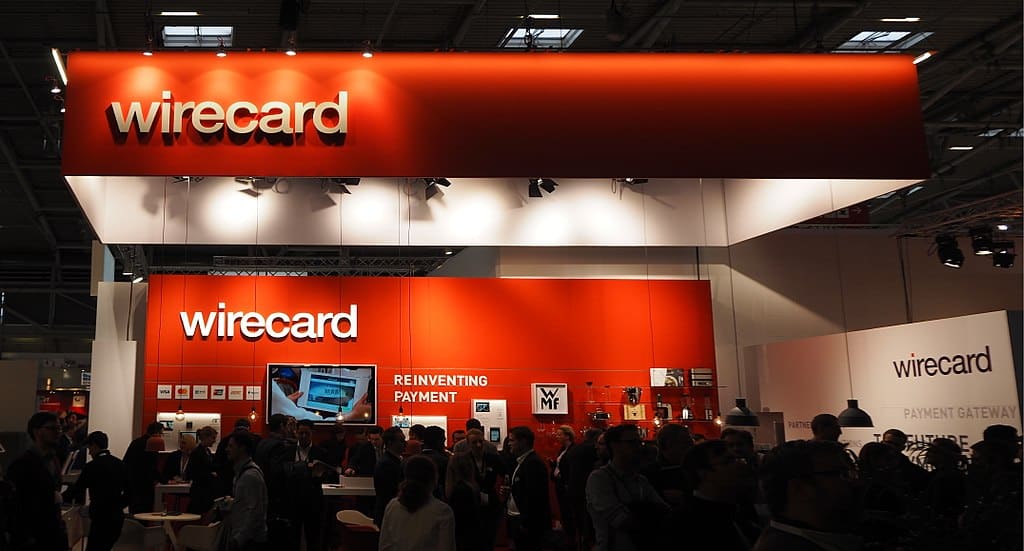 Wirecard’s scandalous insolvency after the official confirmation of the accounting fraud that has long been alleged by some hedge fund managers and journalists has dented German political and regulatory establishment’s reputation as capable overseers of disruptive digital financial innovation.

Wirecard was viewed as a rare German success in the tech industry with global ambitions and with potential to shape the future of finance at home and abroad.  Wirecard’s entry into DAX 30 in 2018 by overtaking the mighty Commerzbank in market valuation, its serial acquisitions of digital payment companies in Asia, and its ambitions to enter the US and the Chinese markets had built its reputation as Germany’s answer to the US tech successes.

Yet the underlying business model of Wirecard has never been understood well by investors, nor brought under due regulatory scrutiny by BaFin or the Federal Ministry of Finance in Germany.  And more embarrassingly for German regulators, the suspicions about Wirecard’s financial reporting by a reputable financial journal, Financial Times, have been challenged in courts as Financial Times reporting was deemed to be related to a market manipulation by hedge funds that were short selling Wirecard shares.

In our financialised capitalism, even in Germany, an economy with solid manufacturing base and with healthy cultural suspicion for finance as an economic growth model, politicians and regulators find it more convenient to trust stock market valuations than giving some credibility to the findings of investigative journalism.

One of the key lessons from the Wirecard scandal for both regulators and politicians should be to be sceptical about hyperbolic stock market valuations of untested business models of FinTech companies.

The Wirecard executives have known well that stock market valuation mattered above all else, and that the stock market investors wanted spectacular growth of the top line with little interest in the bottom line and the sustainability of growth.

As long as they exit before the bubble bursts, speculative investors get their financial return leaving the society at large suffering the consequences.  And once again hyperbolic stock market valuation of innovation in a bull market has proven to be misleading just like it did in the past with some dot.com companies.

Stock markets in financialised capitalism value stories, sentiments, fads more than underlying business models. And FinTech, especially before the covid-19 crisis, has been an irresistible story of disruptive technology in banking for investors and venture capitalists.  Mandatory long-term investments, for at least about 60 per cent of total investments, in early-stage FinTech companies should be considered as a governance rule by policy makers for socially useful and economically efficient capital markets.

Ant Financial, too, benefited from the FinTech story in its valuation when it raised USD 15 billion back in 2018, valuing the whole company, an affiliate of Alibaba then, at USD 150 billion, making it more valuable than most well-known international banks like BNP-Paribas, Santander and Goldman Sachs.

And now having renamed itself as Ant Group to reflect its strategic positioning as a technology platform for financial products rather than a digital financial institution – selling other financial institutions’ products rather than selling its own – Ant Group has announced a dual listing in Shanghai and Hong Kong stock markets to raise about USD 30 billion, valuing the company at between USD 200 and USD 300 billion.

This valuation would make Ant Group, more or less, the third largest by market capitalisation in world banking, bigger than Citigroup and HSBC.

A business model of platform financial institution is based on fee income from matching financial consumers, using their mobile phones, with banks, asset managers and insurance companies.  Since 2017 the share of fee income from such platform activities has risen to 63 per cent of Ant Group’s total revenues and the share of income from payment services that Alipay, the mobile payment product that made Ant Group a FinTech giant, has declined to 36 per cent from about 60 per cent.

Ant Group now is not a simple digital payment FinTech company. It has transformed itself into a platform company serving financial consumers in a wide range of products.  Ant Group has created its own category and is more TechFin than FinTech.

Similarly without expertise in fund management, no FinTech company challenge incumbent asset managers in an economically meaningful way.  A fact most valuations of FinTech start-ups and challenger banks do not seem to realise. The regulatory authorities in China have not allowed Ant Group to act as a financial institution and restricted its growth as money market fund, fearing that Ant Group could cause systemic risk if customers withdraw their money en masse.

Chinese authorities have found themselves in an extremely uncomfortable situation over the last five years when many peer-to-peer lending FinTechs in China have collapsed with retail investors experiencing big losses.  Therefore Chinese regulatory authorities have introduced harsher regulation for FinTech companies.

Consequently Ant Financial Group dropped “financial” from its name and has transformed itself into Ant Group that has a platform business model in financial services.  Ant Group has also started joint ventures with licenced and expert financial institutions in China like the US asset manager Vanguard to offer investment products.

As such, Ant Group is very much a Chinese phenomenon reflecting the transformation of the Chinese socio-economic and technological realities – the rise of a middle class in a country with a population of 1.4 billion whose financial needs cannot be met by incumbent Chinese banks that have no retail banking culture or capabilities, and the rapid rise of consumer digital technologies where ubiquitous mobile phone leapfrogs all other delivery channels in consumer goods, services and finance.

Wirecard, on the other hand, had built its strategy on expanding in Asia serving an opaque and dubious client base – pornography and gambling sites in its early days.  Wirecard’s failure is also the EU’s failure in FinTech policy.  The EU does not have a policy to create EU-wide FinTechs benefiting from a single market in financial services.

Munich-based Wirecard had no operations in big EU countries like Italy and France.  This is equivalent to Hangzhou-based Ant Group not having operations in Shanghai, Beijing, and Shenzhen. Instead Wirecard had sought growth outside Europe, in Asia.  Ant Group’s success lies first and foremost in being a national disrupter with sustainable business model based on revenues from sizable domestic customers.

The economic ideal of the European Union was to create a big internal market for European companies to compete in scale economies with the US and Japanese competitors.  Although the EU is the second largest economy in the world after the US, it has not managed to create a banking union and a capital market union where a borderless finance in the eurozone can contribute to economic prosperity and growth.

The Wirecard scandal is not just a failure of audit firms, bank regulators and politicians in Germany but it is also, and maybe fundamentally, a failure of the EU not being able to create a truly single financial services market and a capital market union where globally competitive European FinTech firms can flourish.

Therefore it will be almost impossible for European FinTech companies to disrupt incumbent banks truly and realistically in Europe and to become globally relevant just on the back of open banking reforms and without a genuinely single market in financial services and a well-designed capital market union.

Fragmented capital markets are an obstacle for truly pan-European FinTech companies because individual small bourses in Europe are not big enough to fund a globally relevant FinTech giant like Ant Group. Only big bourses can finance big companies and bourses become big because big companies raise capital there.

This is a law of economics in present-day capitalism that the EU has been ignoring at its own peril for an awfully long time.   Europe can only build globally relevant FinTech companies by allowing them to achieve scale in the internal EU market and supporting them through a pan-European bourse.

China has been using Ant Group and other Chinese technology companies in recent years to develop its stock markets.  The expertise in Hong Kong plays a considerable role in this process.  Ant Group’s expected floatation will generate about USD 300 million in fees for investment banks that are mostly American and based in Hong Kong.

Therefore Ant Group does not need to go to New York, Tokyo, or London to do the biggest IPO in corporate history and hence to become the largest FinTech company in the world.

Germany and Europe are narrow-minded in learning lessons from the Wirecard scandal, focusing on the failings of auditors and regulators, and on politicians’ ignorance of digital financial innovation. Such narrow-mindedness ignores the weaknesses in the EU financial infrastructure and architecture and does not comprehend the relevance of the evolution of Ant Group for the future of finance.

Another lesson to be learned from the case of Ant Group is that disruption by FinTech companies does not only mean competition with incumbent giant banks, asset managers or insurers.  Ant Group has realised that its competitive edge is to disrupt the incumbent business model of financial intermediation by becoming a digital platform that is latched on to a proprietary mobile payment product Alipay.

We have of course yet to see whether in the long-term Ant Group’s business model will succeed or not, and whether the current valuation of Ant Group is realistic or not.  There has been many tech failures and scandals in China too- Mobike, Wanda, Luckin Coffee to name but a few.  But given the specificities of the evolution of consumer banking and the socio-economic trajectory in China, Ant Group is highly likely to succeed as a platform business.

The EU needs to learn lessons not only from the accounting fraud at Wirecard, as it was its immediate response,  but also from Ant Group reinventing itself as a platform business in financial services through what is expected to be the largest IPO in corporate history.  A key lesson for the EU would be to develop a FinTech policy that is customised to the specificities of the EU.

And to that end the EU should act fast a) to create a truly single market in digital finance for FinTech companies; and b) to create a single bourse, capital market union, for the eurozone that can capitalise successful EU FinTech companies to become the equivalents of Ant Group and to truly disrupt eurozone’s dysfunctional banks.